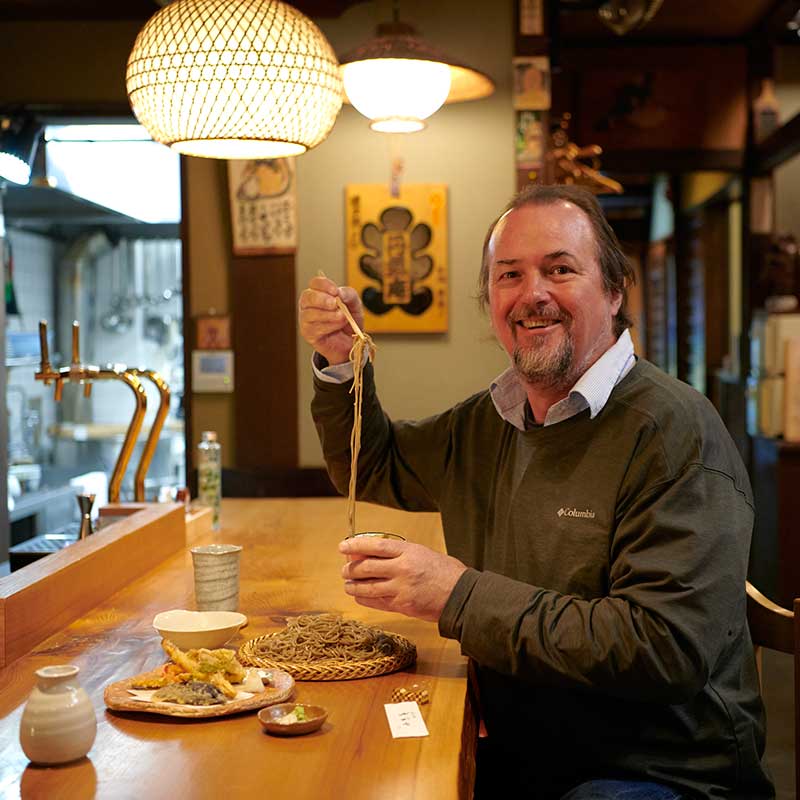 Hailing from Portland, Oregon, David Conklin gained a master's degree in Japanese History at Portland State University Graduate School, where he focused on Japanese food culture and globalization. He lives in the shitamachi area of Tokyo, the traditional neighborhoods where the townspeople of Edo once lived, where he specializes in the food culture of traditional shitamachi neighborhoods. He published "Mr. Conklin Eats His Way Around Edo" in 2017 and is currently writing a second book—this time about soba.

With first-time visitors to Tokyo in mind, I've compiled my top recommendations for Japanese food along with the best neighborhoods for taking a stroll. It's always fun to visit famous tourist attractions, but some of the best experiences can be found just by strolling traditional neighborhood and to off-the-beaten-path neighborhoods. From enjoying traditional soba and matcha green tea ice cream in Asakusa, to exploring little-known areas, these are the experiences that will make your trip even more memorable.