Cheerful traditions to reign in the fall
Join the locals in celebrating centuries-old festivals, which are full of one-of-a-kind rituals and unhinged revelry

With almost 40 million people packed into the greater Tokyo metropolitan area, there are countless festivals and celebrations taking place across the region. Presented by local residents, who take pride in showcasing their neighborhood to the rest of the city, these festivals will give you a first-hand glimpse into the centuries-old traditions of the city. On top of that, they are also an excuse for rowdy revelry and uninhibited celebration. 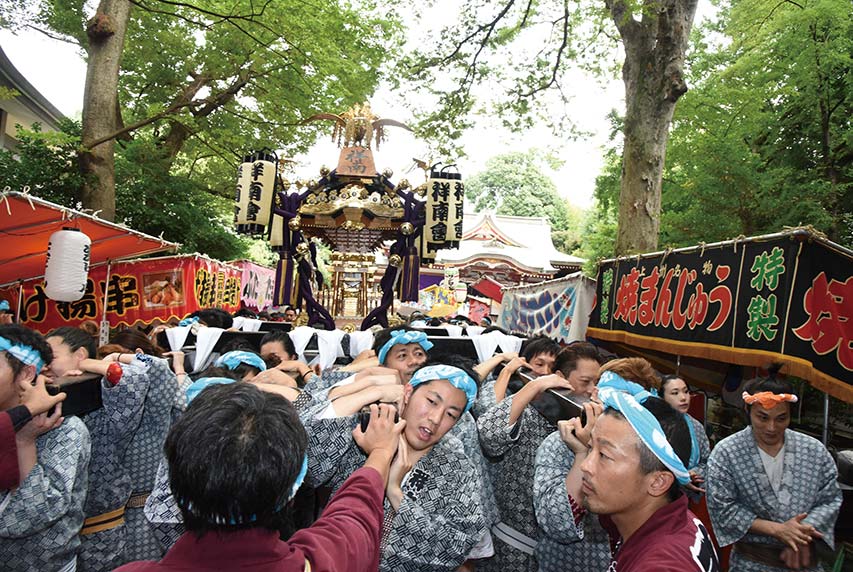 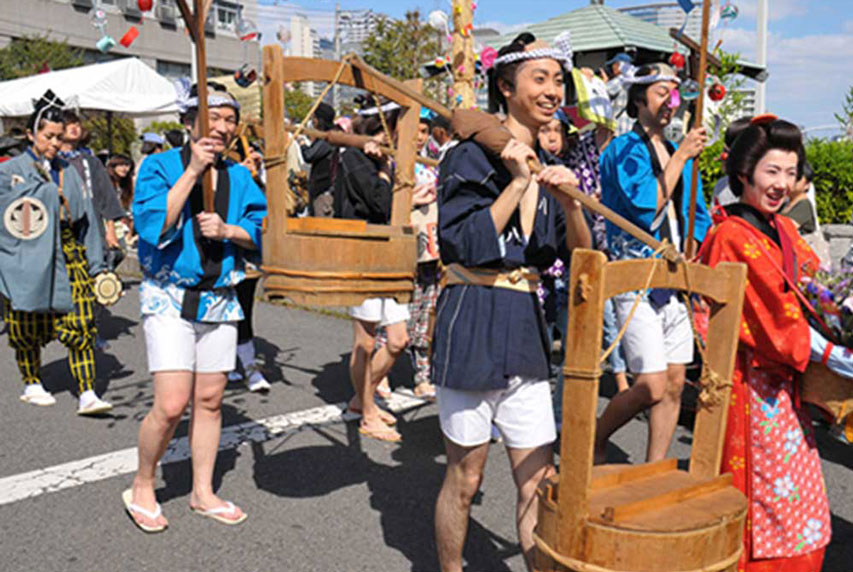 The Shinagawa Shukuba Matsuri is an annual two-day event, held in late September, celebrating the tradition and cultural heritage of Tokyo's Shinagawa ward. The event features parades, Tsuji Rakugo storytelling, taiko drumming, food, refreshments, and other interesting attractions. This festival is a delight for solo travelers and large groups alike.
Shinagawa Shukuba-matsuri Festival
Shinagawa Shukuba-Matsuri Festival: This event will not take place in 2021. 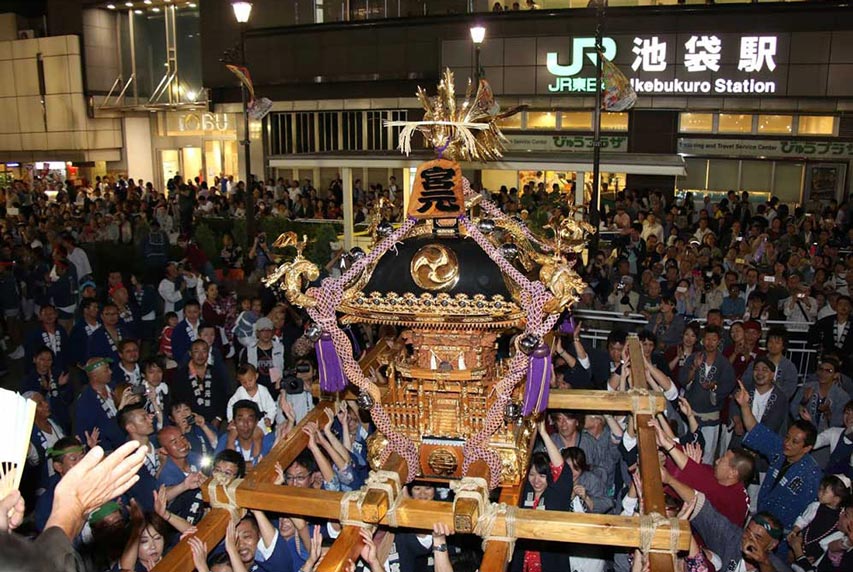 The Fukuro Matsuri is an annual festival that has been held in Ikebukuro since 1968. This event takes place over two days. On the first day, an opening ceremony is held in the evening. The next day features a portable shrine parade, traditional lion dances, and hayashi music festival performances.
Fukuro Matsuri
Fukuro Matsuri: This event will not take place in 2021. 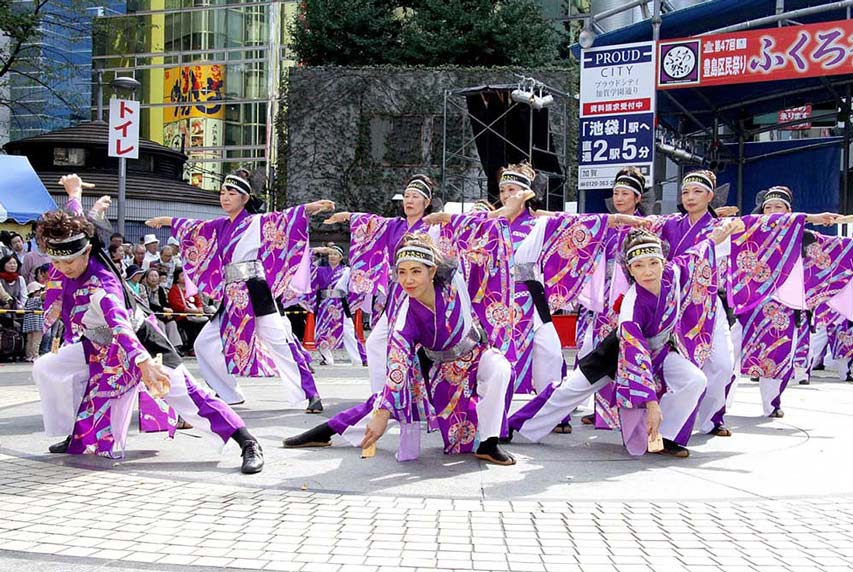 Tokyo Yosakoi is a festival held in October as the second half of the Fukuro Matsuri. This yosakoi dance event features over 100 teams from all over Japan. The teams wear traditional costumes and perform routines to the standard yosakoi folk song, as well as folk songs from other areas.
Tokyo Yosakoi
Tokyo Yosakoi: This event will not take place in 2021. 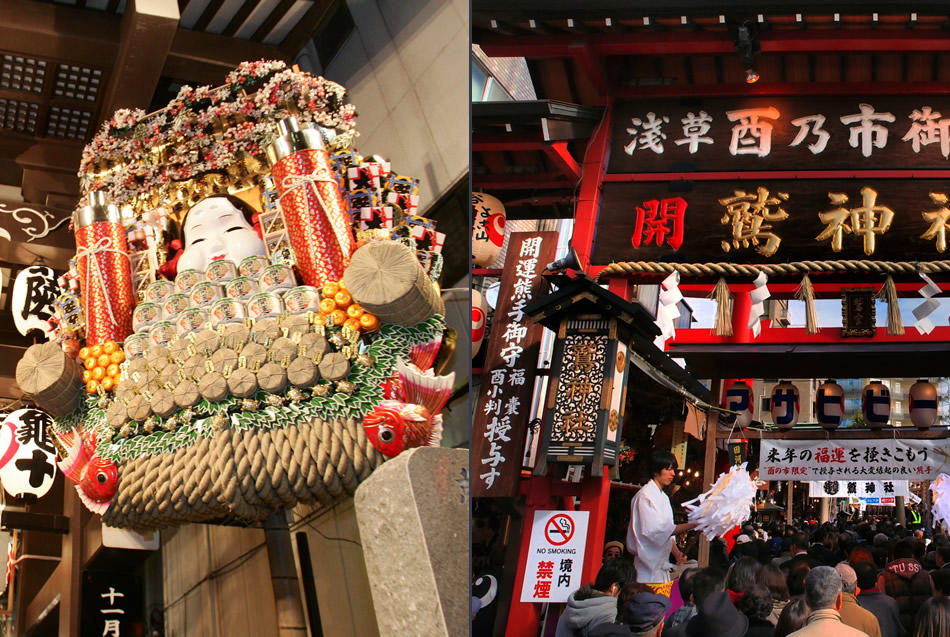 Tori no Ichi events are held on select days in November at various shrines in the city. One of the most spectacular versions of this traditional festival takes place at Ootori Jinja Shrine and Chokokuji Temple. Locals and travelers gather to pray for good fortune and health, with street side vendors selling charms and good-luck potatoes, along with hearty food and souvenirs.
Asakusa Tori-no-ichi Fair