An ultramodern area on Tokyo Bay, the Odaiba district is your go-to place for pleasure cruising, shopping and general seaside fun. The island built in Tokyo Bay was originally created by the Edo shogunate in the 1850s to protect Tokyo from the threat of marine attacks. Today it serves a very different purpose—as a breezy entertainment hub with attractions for the entire family. Set aside a full day for maximum enjoyment.

You can reach Odaiba on the Yurikamome and Rinkai lines, or by water bus from Hinode Pier and other waterfront locations.

With all its technology centers, shopping malls and array of entertainment options, Odaiba may sound much like Shinjuku, Shibuya or any of Tokyo's other neon-lit core districts, but its singular seaside location gives it a much more relaxed holiday vibe. For shopping, choose from AQUA CiTY, DiverCity or Decks. Anime fans can find Odaiba's life-sized UNICORN GUNDAM Statue outside DiverCity Tokyo Plaza. See it transform during four daily shows, and visit the nearby Gundam cafe and Gundam Base shop.
The indoor amusement parks Tokyo Joypolis and Legoland Discovery Center Tokyo, located in DECKS Tokyo Beach, are great options if you get caught in the rain—or even if the sun is shining—and the National Museum of Emerging Science and Innovation, known as Miraikan, is a big lens on the future. 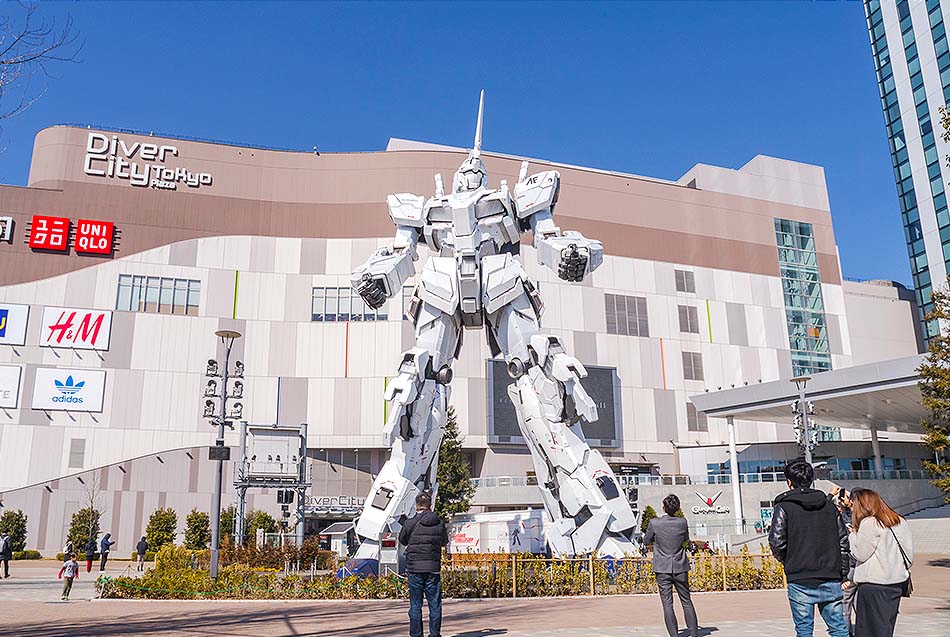 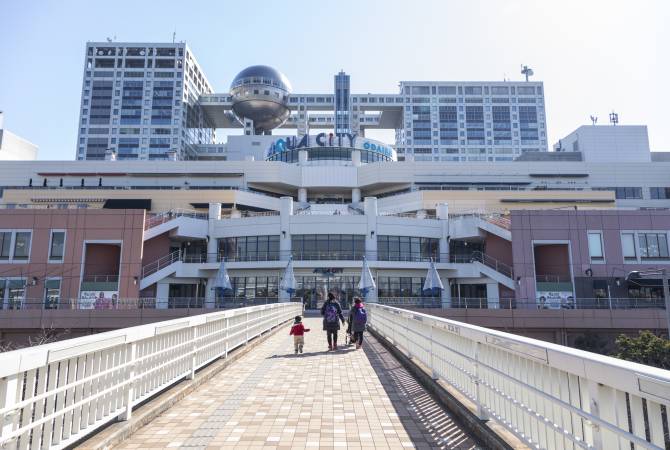 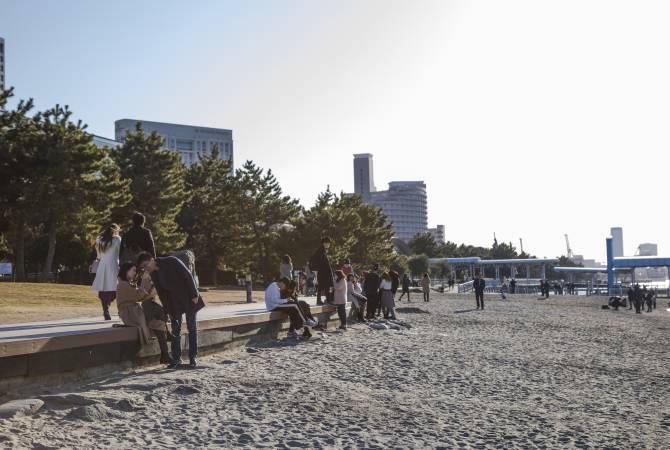 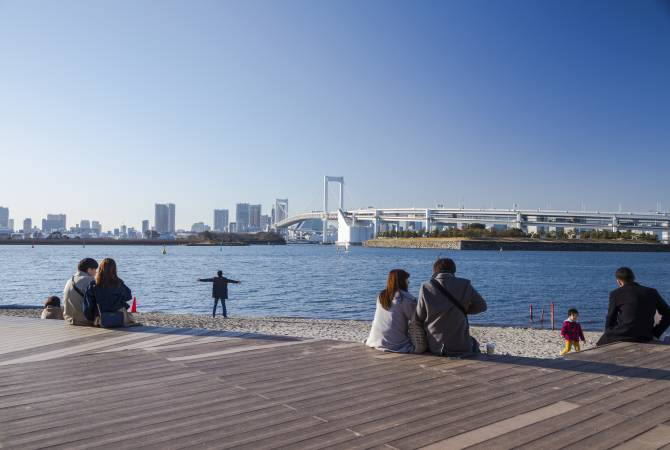 The Rainbow Bridge arches over Tokyo Bay, linking Odaiba with the rest of Tokyo. At night, the multicolored lights of the bridge set against the glowing Tokyo skyline look like something from the movie Blade Runner. View the bridge over a cocktail from a trendy bar or take a mini-cruise and dine on the water. You can also walk the bridge, but expect it to take a good 30 minutes. For a less strenuous perspective of the bridge, hop on the Yurikamome sky train.
Odaiba’s replica of the famous Statue of Liberty is located in front of the Rainbow Bridge. Originally erected in 1998 as a temporary tribute to Japan’s relationship with France, the statue became so popular she was made a permanent feature in 2000. 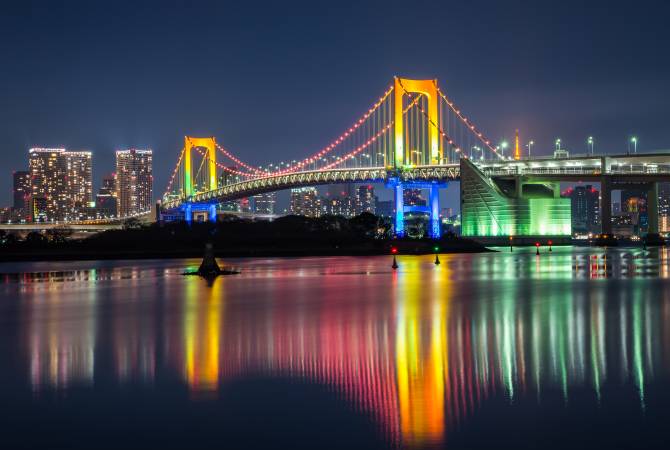 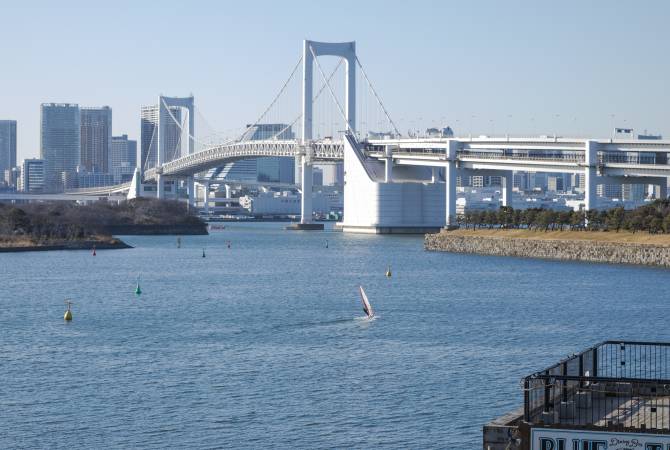 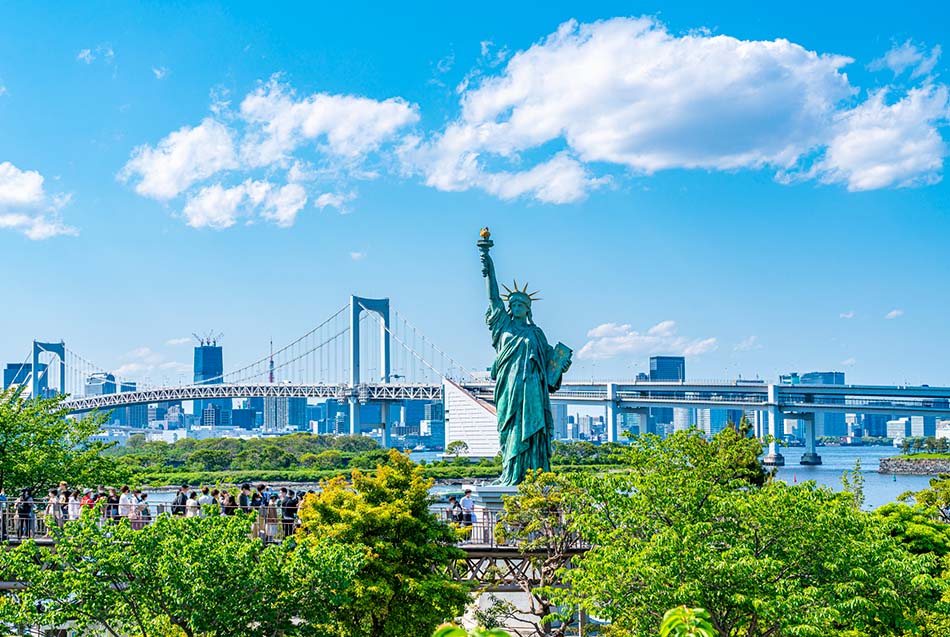 On and around the waterfront—Tokyo's canals

Get a different panorama of the capital's many sites from the water. Head to the pier at Odaiba Marine Park and board one of the slick, glass-paned water buses that will ferry you over to Hinode Pier or to retro-chic Asakusa.
From the water, you can take in Odaiba's architecturally intrepid statements of creative modernity. The Fuji TV Building is particularly impressive. 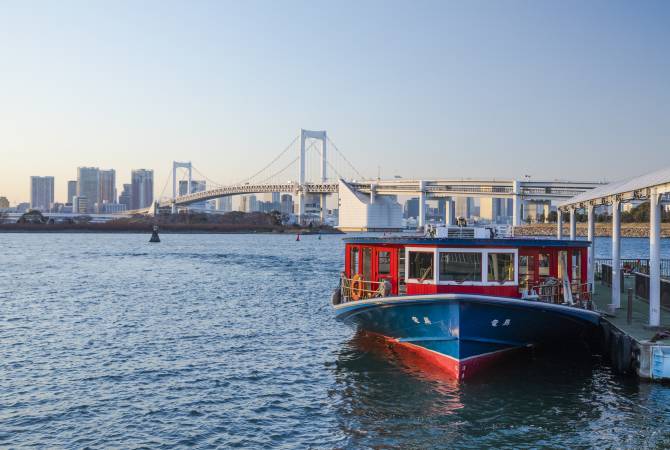 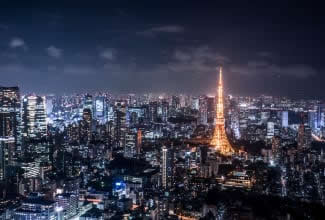