This relaxed residential neighborhood is full of parks, old-school shopping streets, and a famous fireworks festival

On the outskirts of northern Tokyo, Kita Senju originated as an Edo-period postal town, where travelers stopped for the night before making their way to the city center. While the station continues to serve as a major transportation hub for Tokyo, the surrounding area has a charming residential atmosphere with an abundance of parks, down-to-earth shops and eateries, university campuses, and a famous summer fireworks festival. Take a stroll down Kitasenju Shukubamachi Shotengai, an Edo-period road now lined with many shops and eateries.

You will be delighted to find a disproportionately large number of parks in the area, as well as further recreation areas along the nearby Arakawa River.

If you are visiting in the summer, don't miss the Adachi Fireworks Festival. Held at the end of July (the date varies by year), the event is one of Tokyo's major summer fireworks displays, with roughly 12,000 fireworks launched into the air over the course of an hour.

Temple lovers will find the journey to nearby Nishiaraidaishi Souji Temple worthwhile. By visiting the temple, it is believed you are able to ward off evil, and many people go for this reason. Another draw is the variety of plum, cherry, wisteria, peony and hydrangea flowers that bloom throughout the grounds. 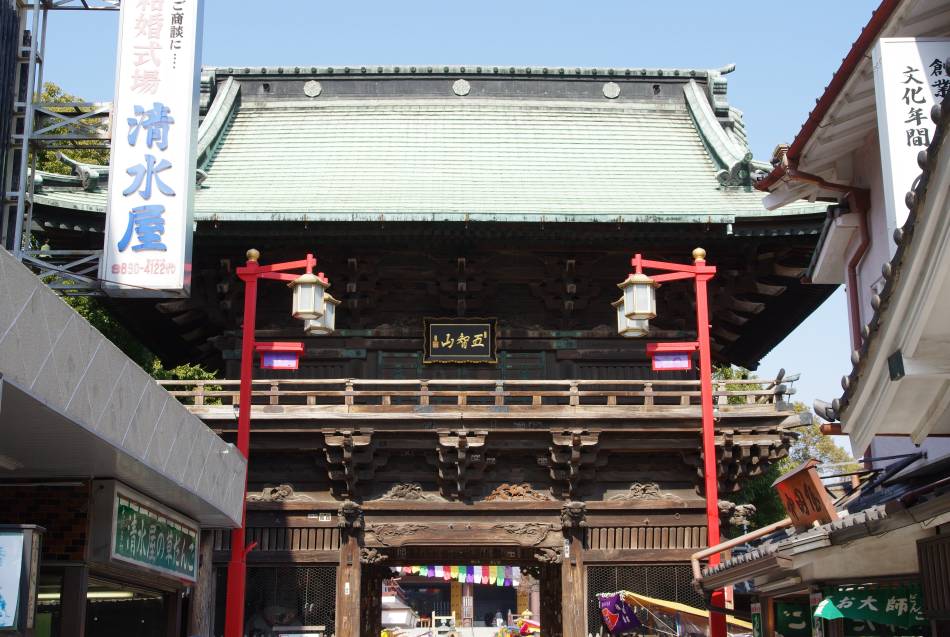 The nearest access point is Kita-Senju Station, which is serviced by the JR Joban Line, Tsukuba Express Line, and Tokyo Metro's Chiyoda and Hibiya lines.

As a residential neighborhood, Kita Senju is home to a number of parks serving the local residents. If you are sporty, enjoy Toneri Park with its 14 tennis courts, baseball fields, and general athletic field. The park also caters to nature lovers, with ponds inhabited by carp, ducks, and warblers. 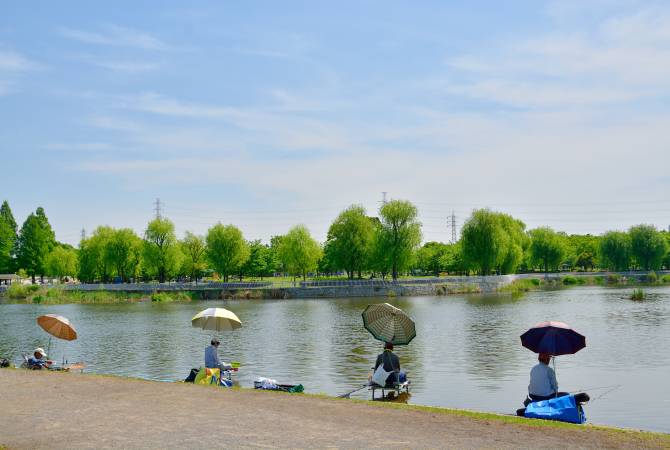 Nearby Higashi-Ayase Park is a hidden gem for cherry blossoms in early spring, while the Adachi Park of Living Things caters to children wanting to get a closer look at the local wildlife. Head to the banks of the Arakawa River to find Arakawakosuge Ryokuchi Park, an expansive stretch of lawn perfect for a jog or stroll. 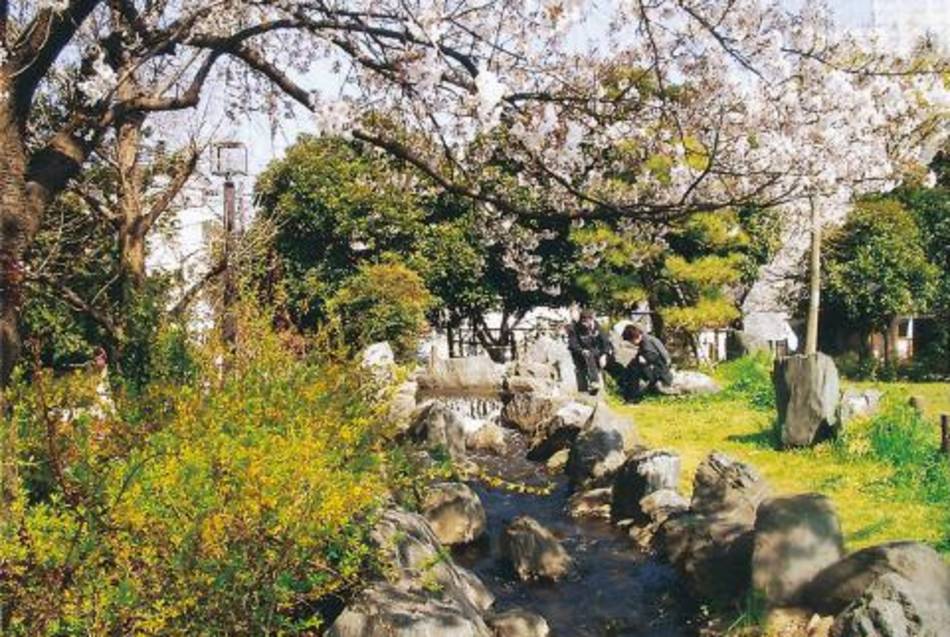 As an Edo-period post town on the north end of Tokyo, Kita Senju retains an old-school feel, with the narrow streets around the station popular among diners and shoppers. Covered awnings line the main thoroughfare, and merchants sell fresh produce and cheap wares. 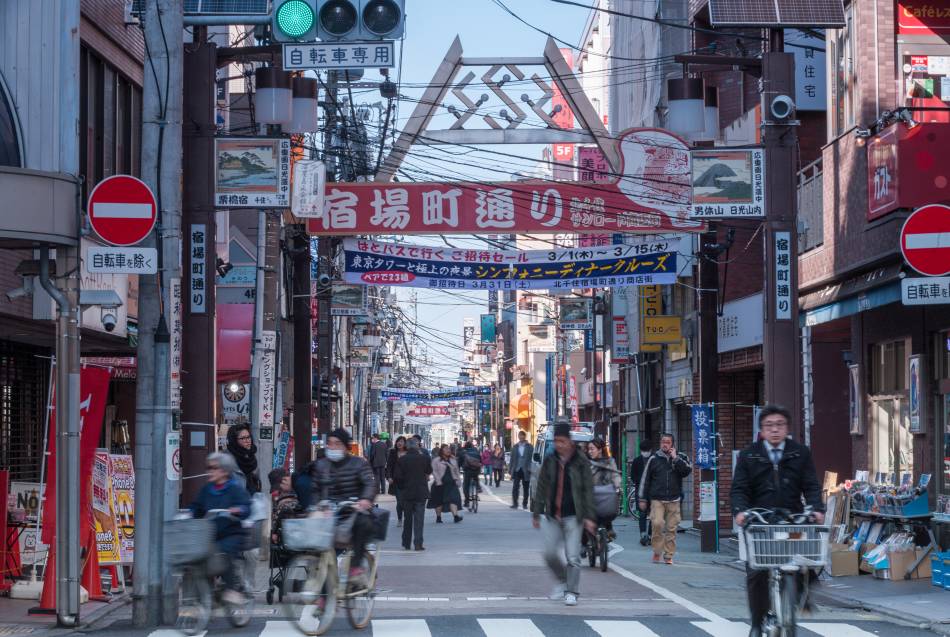 Explore the streets nearby to find hidden alleys and shotengai shopping arcades occupied by izakaya bars, restaurants, and affordable shops. These include the Shukuba-machi Shotengai, and the Gakuen-dori Asahicho Shotengai. In the evening these areas fill up with residents looking for drinks and food after a long day of work. 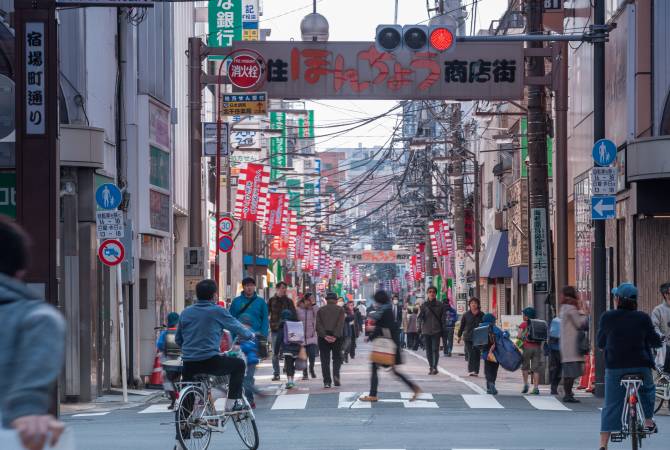 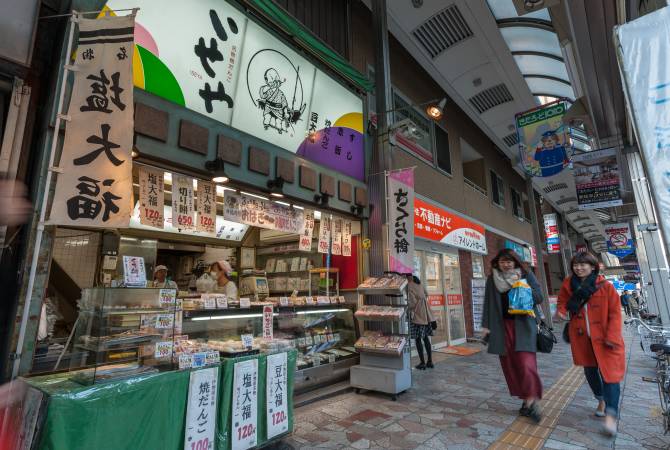 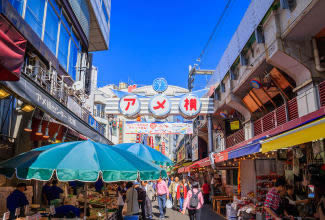