Despite the chilly weather, December nights in Tokyo are full of spectacular city views complemented by elaborate Christmas lights and illuminations. Spend an evening strolling down the beautifully lit streets of Ginza, and Omotesando, or head to Shiodome and Shinjuku to see spectacular illuminations utilizing hundreds of thousands of LEDs, projection mapping, and more.

For what is arguably the best illumination in Tokyo, head to Caretta Shiodome to witness a festive light and music show that boasts some 250,000 LEDs. Held from mid-November to mid-February, this is also one of the city’s longest-running illuminations.
Note: This event will not take place in 2021.
Caretta Illumination

A short walk from Roppongi Station, Tokyo Midtown shopping complex features a glistening golden Promenade of Lights, as well as a giant Snow Light Globe that cycles through the four seasons. You can also enjoy an outdoor skating rink. With the lights on every night from mid-November until Christmas Day, Tokyo Midtown is one of Tokyo's most popular spots for winter illuminations.
Note: Some displays will continue until February 27, 2022.

Taking place from mid-November to Christmas Day, the illumination at Tokyo Skytree Town features approximately 420,000 LED lights. The Skytree tower will also be lit in Christmas colors of red or green. 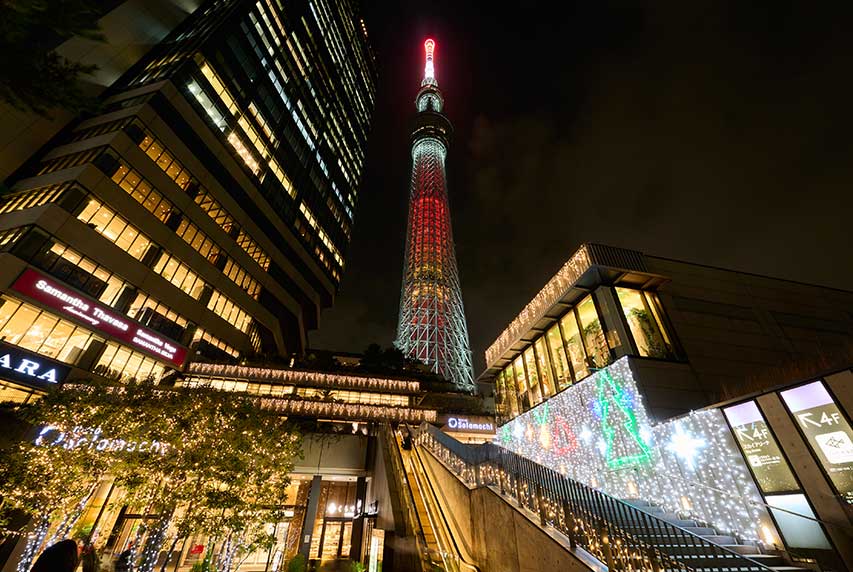 In terms of sheer scale, the Marunouchi illuminations are hard to beat, with around 1 million lights in total. The LED bulbs, in the district's original shade of champagne gold, cover the trees along Naka Dori, the 1.2-kilometer main boulevard. Around two-thirds of the lights have been upgraded to eco-friendly models, which produce an attractive brightness while consuming less power. The display runs from November, right through to mid-February.
Marunouchi Illumination

The theme this year is "Illuminations You'll Want to Photograph." There will be five large photo frame installations inside Tokyo Dome City to help you get that perfect shot. The main Christmas tree stands 15 m tall and will be lit with 230,000 lights, all champagne gold in color. There's also a "Milky Way" tunnel of light that stretches 140 m. 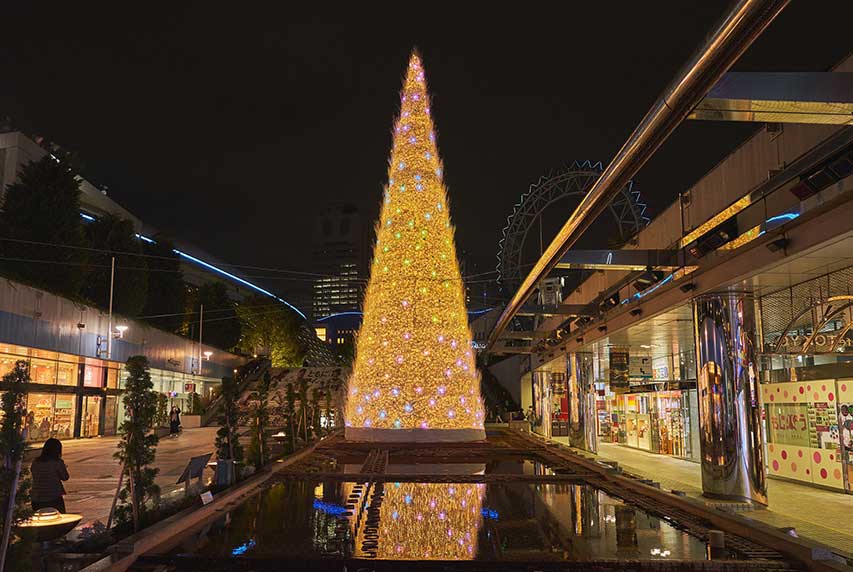 For the first time, this year's "Orange Illumination" will feature "Candle Tower," a steel replica of the main tower at a 1:30 scale. Tokyo Tower has long been referred to as "the candle of the city," as it brings a warm glow to the night sky. Candle Tower performs the same role for the illumination, complementing the real tower perfectly. Every 15 minutes from 4pm on, the scene comes to life with a multicolor light show.
Note: This event is not yet confirmed for 2021.
Tokyo Tower Winter Fantasy: Orange Illumination 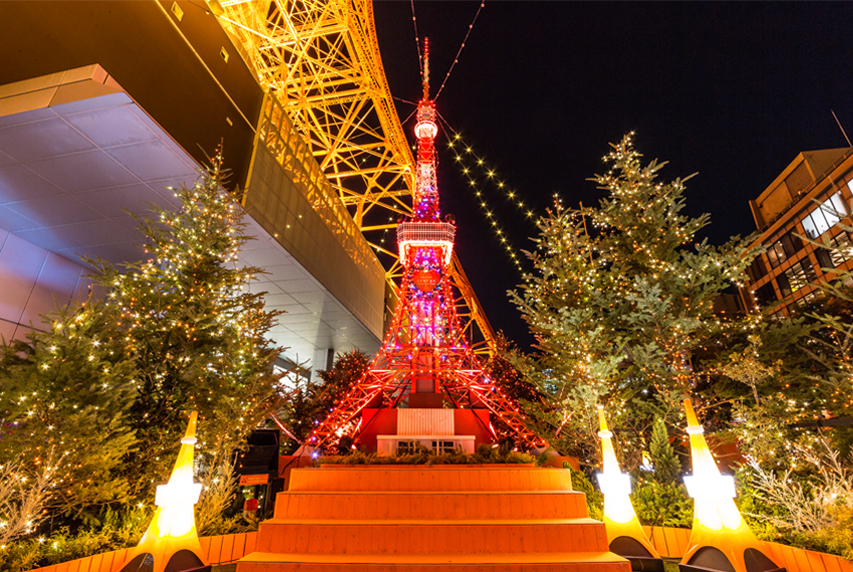 Every year, Yomiuriland's "Jewellumination" event uses gemstone-inspired lights to create jaw-dropping displays on creative themes. The decorations cover every corner of the amusement park—even the roller coasters! Expect fountain shows with colorful jets of water and limited-edition menus at Yomiuriland's food stalls—Make sure to visit the entire park!

Many of Tokyo’s most popular shopping streets also partake in the holiday cheer with lights of their own. Omotesando, Roppongi, Ginza, Nihonbashi, Ebisu and Nakameguro all put up spectacular Christmas light displays. Enjoy a stroll down these enchanting streets, then relax with a meal or drink at one of the many dining establishments these areas are famous for.