Best Things to Do and See in Tokyo in February

Is February a good time to visit Tokyo?

February is packed with special events. In early February, you might even catch the tail end of some evening winter light-up displays around the city. February is also plum blossom season. Though cherry blossoms may be more famous, these earlier-blooming pink blossoms shouldn't be missed.

What is the weather like in Tokyo in February?

February weather in Tokyo is perfect for sightseers. February has an average temperature of about 6ºC (43°F), low levels of precipitation, and a balance of sunny and cloudy days. While it's still a bit cold, snow falls only rarely. Wondering what to wear? Layered clothing is a good idea, as is a sturdy pair of shoes for enjoying the city on foot.

Best events, festivals, and other things to do in February

Held at the beginning of February, Setsubun marks the start of spring in Japan. It's a traditional custom that is still observed by many, either at home or at gatherings at shrines and temples.
The meaning behind the event is to welcome good fortune in the coming spring. If you'd like to see Setsubun for yourself, check out the festivals held at Okunitama-jinja Shrine, Sensoji Temple, or Zojoji Temple. 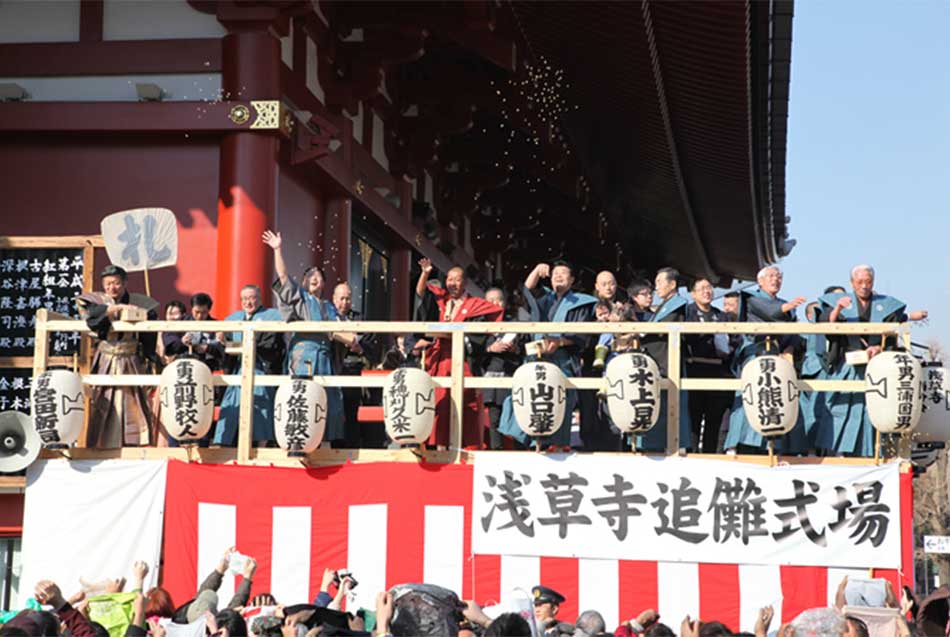 In Tokyo, plum blossom season begins in early February. These blossoms can range in color from pale pink to a pinkish cherry red. To celebrate this symbol of spring, plum blossom festivals are held all over the city. The best-known examples include the Setagaya Ume (Plum Blossom) Festival, Bunkyo Ume Matsuri (Plum Festival), and Kyodonomori Park Plum Festival. 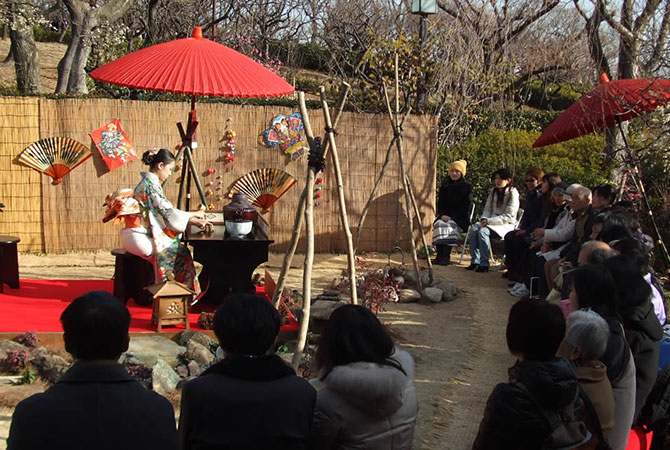 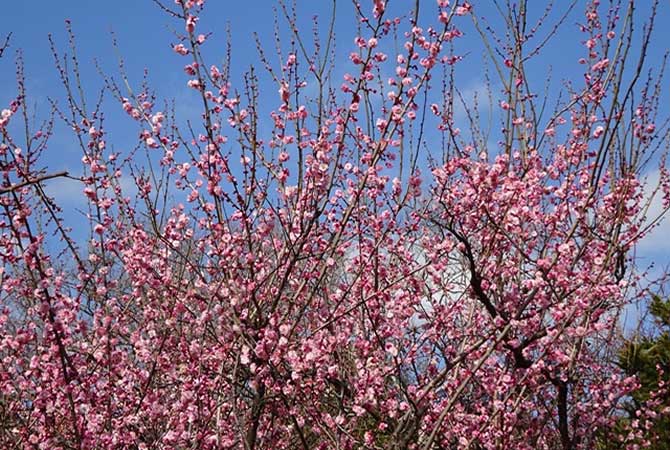 Many countries around the world celebrate Valentine's Day, with couples going on dates and exchanging gifts. But in Japan, there's a slight twist: gifts are also given to friends and coworkers—and the focus is on chocolate. In the weeks leading up to Valentine's Day, department stores set out impressive displays of chocolate. These can range from classic, familiar chocolate assortments, to Japanese-inspired chocolate creations, to funky and unique chocolate ensembles. Looking for a special Valentine's Day gift for him? Or perhaps just browsing for a sweet treat for yourself? Look no further.

Hatsuuma-sai (First Day of the Horse)

There are twelve animals in the East Asian zodiac, one of which is the horse. Each day of the year is assigned a zodiac animal in order, starting from January 1. On February's first "horse" day, people gather at Inari shrines across Japan to pray for good harvests in a celebration known as Hatsuuma-sai, or the First Day of the Horse. In Tokyo, you can take part in this celebration at Mabashi Inari Shrine. Festivities include traditional ceremonies and music, as well as mochi-making. 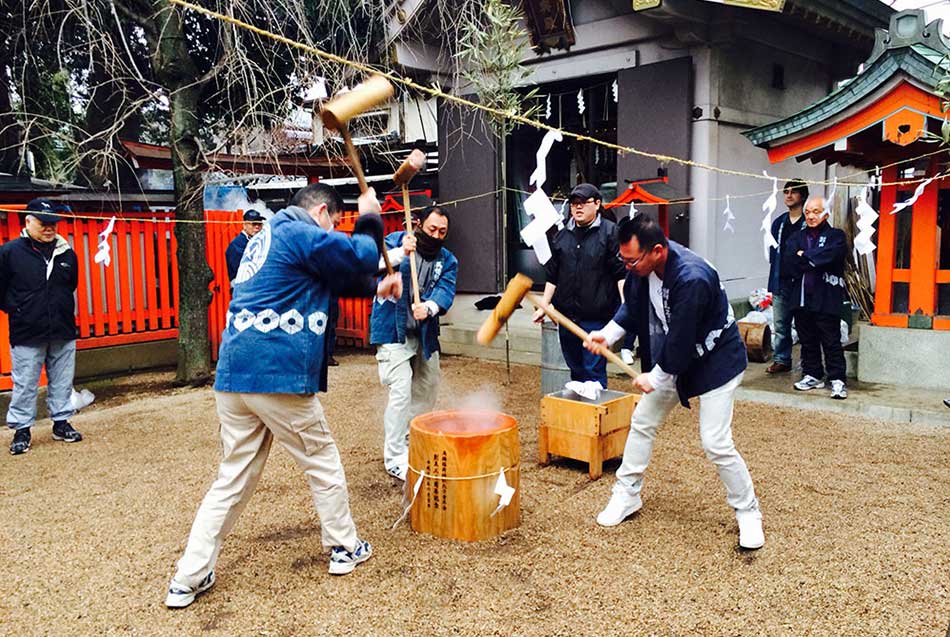 Each February, Ome City hosts this lively local running event. The participation of top runners from all over Japan means that spectators can experience an enthralling race up close 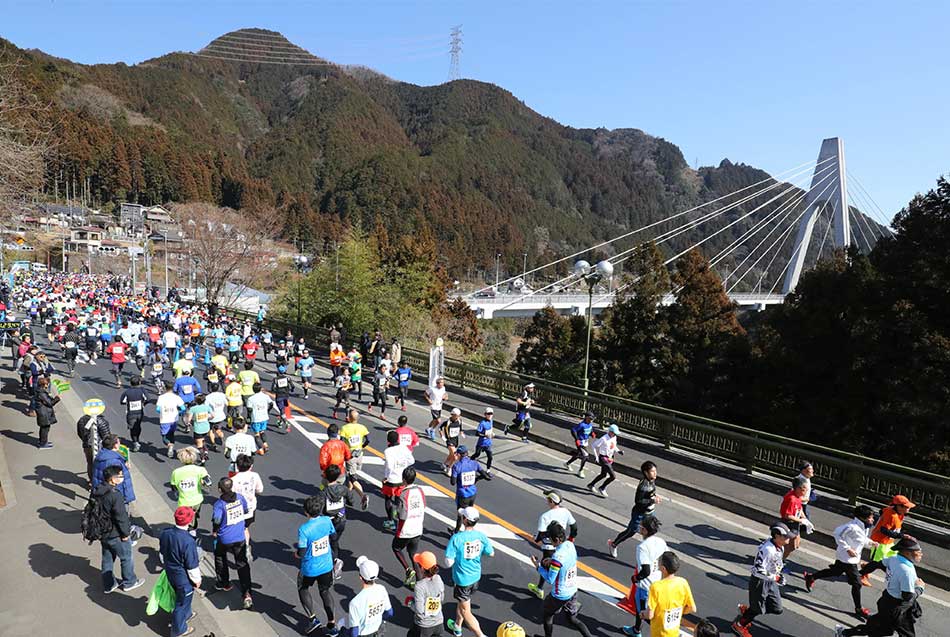 Oji Inari Shrine has hosted a kite market since the Edo period, which ended over 150 years ago. At that time, kites held special significance in Tokyo (then known as Edo). They were thought to offer protection against fires, which were frequent and devastating. Over two days, more than 50,000 people attend this kite market. This market is held in February, on dates designated as "days of the horse" by the lunar calendar. 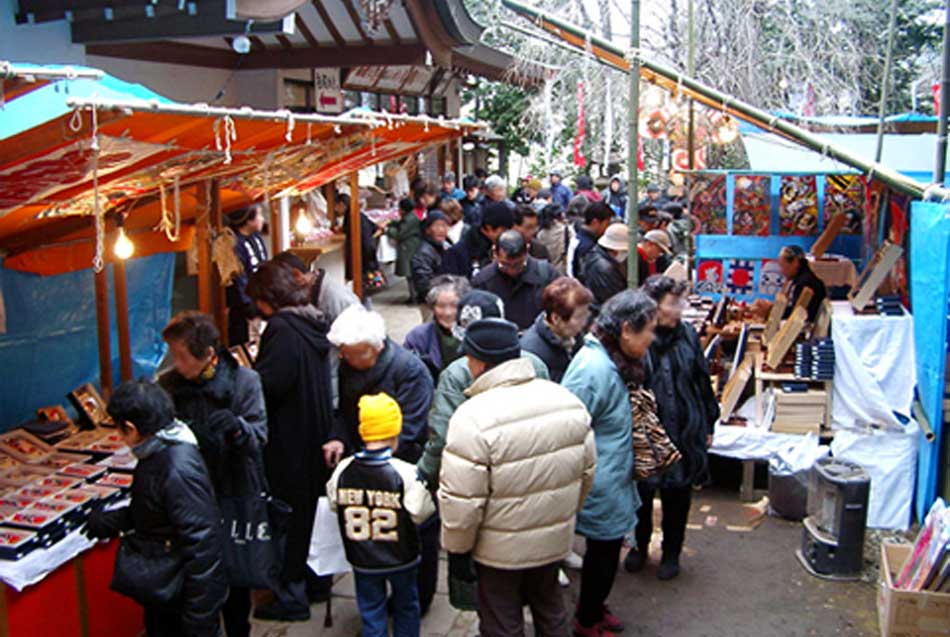 Kasai Rinkai Park boasts great views of Tokyo Bay and sometimes Mt. Fuji. It's made even more scenic by the narcissus blooms each February. This narcissus festival is the largest in central Tokyo. 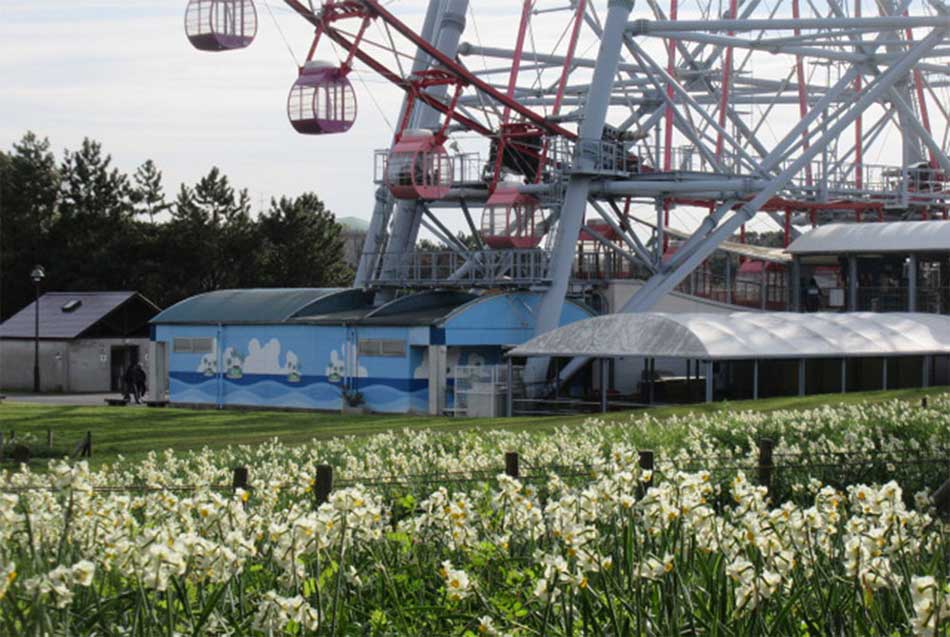 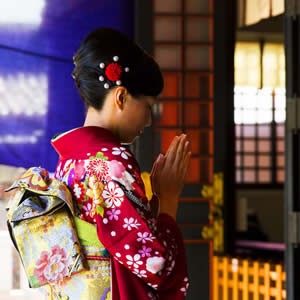 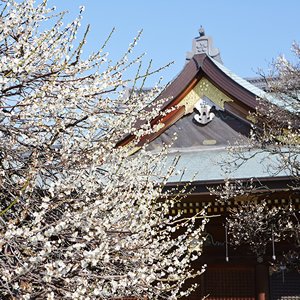 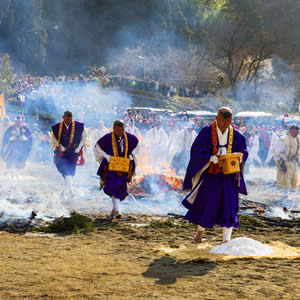 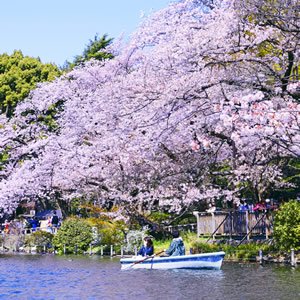 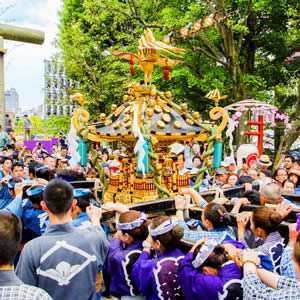 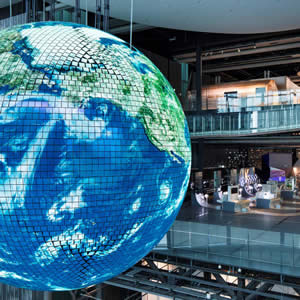 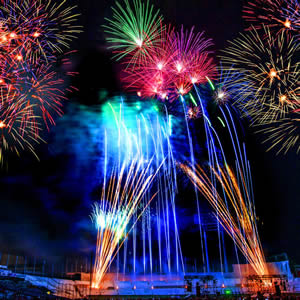 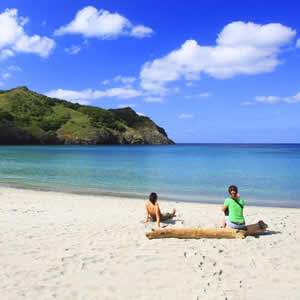 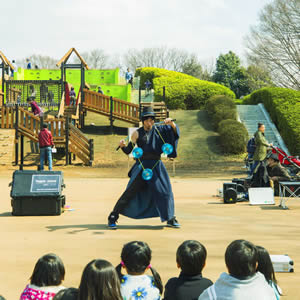 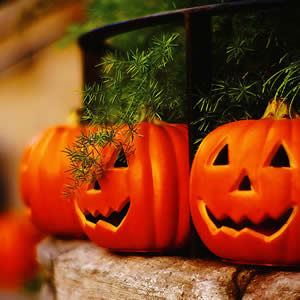 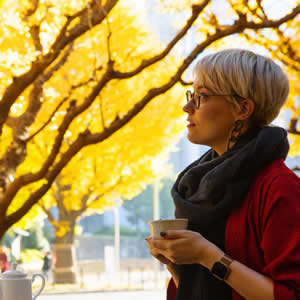 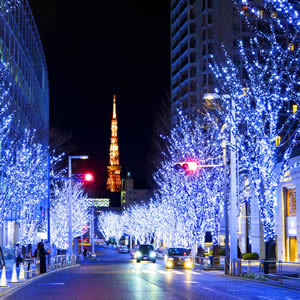