Long sandy beaches, towering white cliffs and plenty of waves, Niijima is a scenic surf paradise and popular holiday spot within easy reach of Tokyo. A convenient ferry service also connects it with Shikinejima Island, just 15 minutes away. Swim, surf, sunbathe, cycle or admire the local art—Niijima is an island with plenty of options.

From Tokyo Takeshiba Pier: By high-speed jet ferry takes about two and a half hours. Or the large passenger ships depart at night and it takes about eight to nine hours.
From Tokyo Chofu Airport: Flight time: 35 minutes. 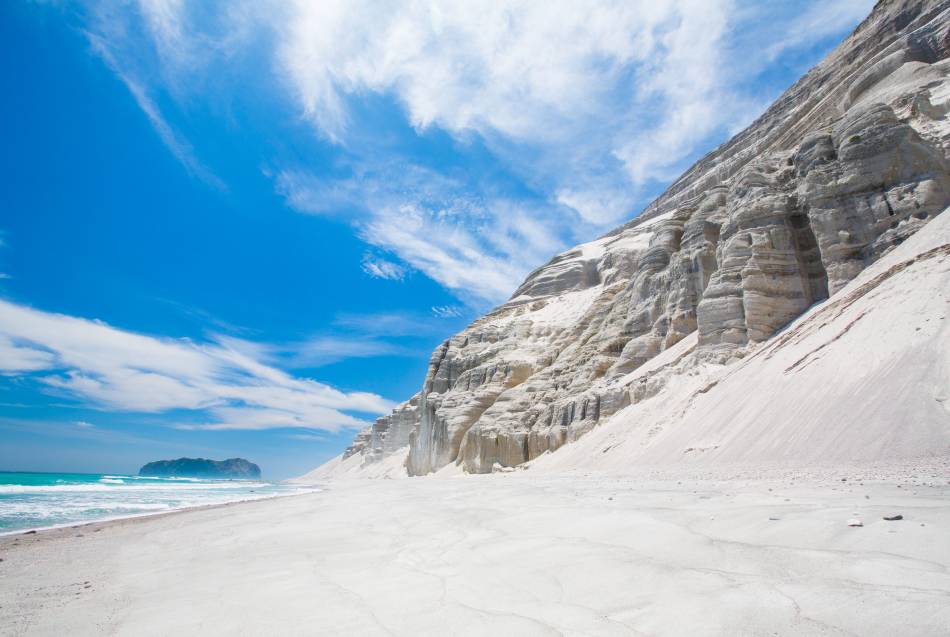 Niijima is a popular destination on the Japanese surfing map with good waves most of the year. The beaches are long and sandy and all face different directions so whichever way the wind is blowing, you always stand a good chance of catching some waves. Habushiura Beach, on the island's east coast, is the longest and among the best for surfing. At Habushiura and elsewhere on the island, there are surf shops where you can rent boards and take lessons. 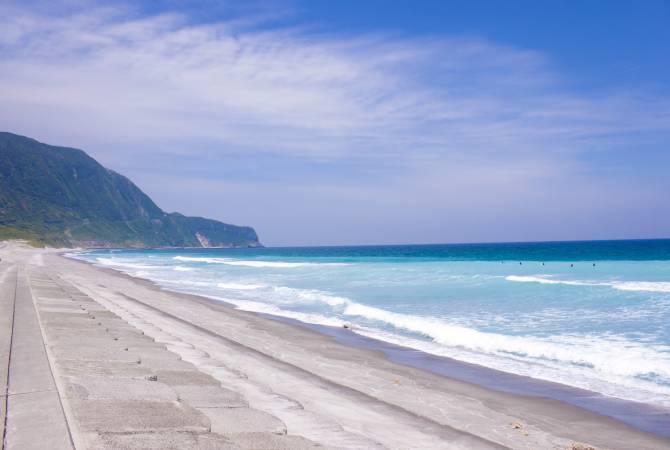 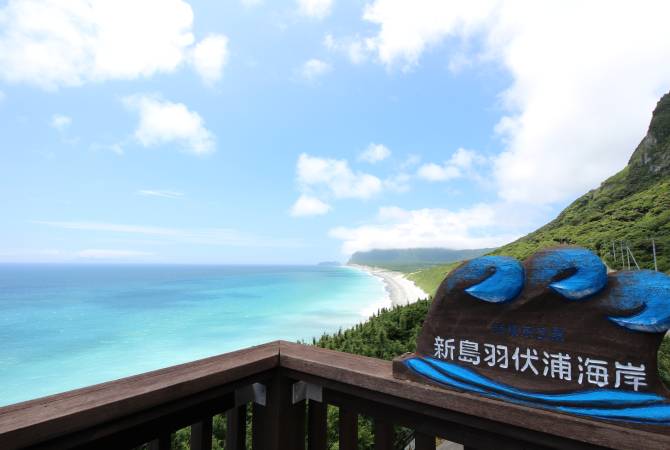 Habushiura Beach stretches most of the east coast of the island 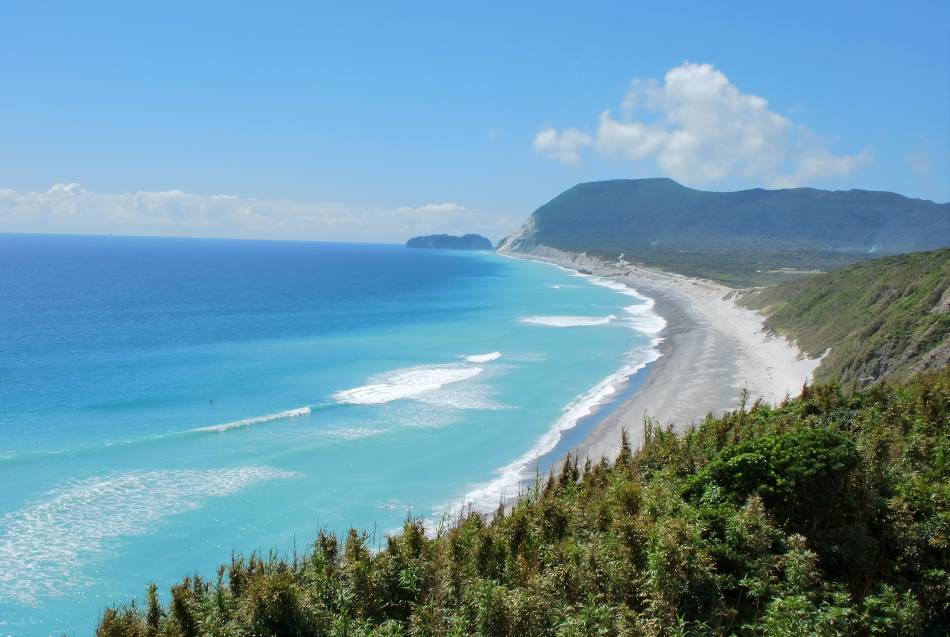 While Niijima's beaches are not the most suitable for novice swimmers, Mamashita Beach offers some calm spots good for paddling and playing around. At the north end of the beach near the Mamashita Onsen hot spring center, there are some shallow spots sheltered from the waves by large rocks. 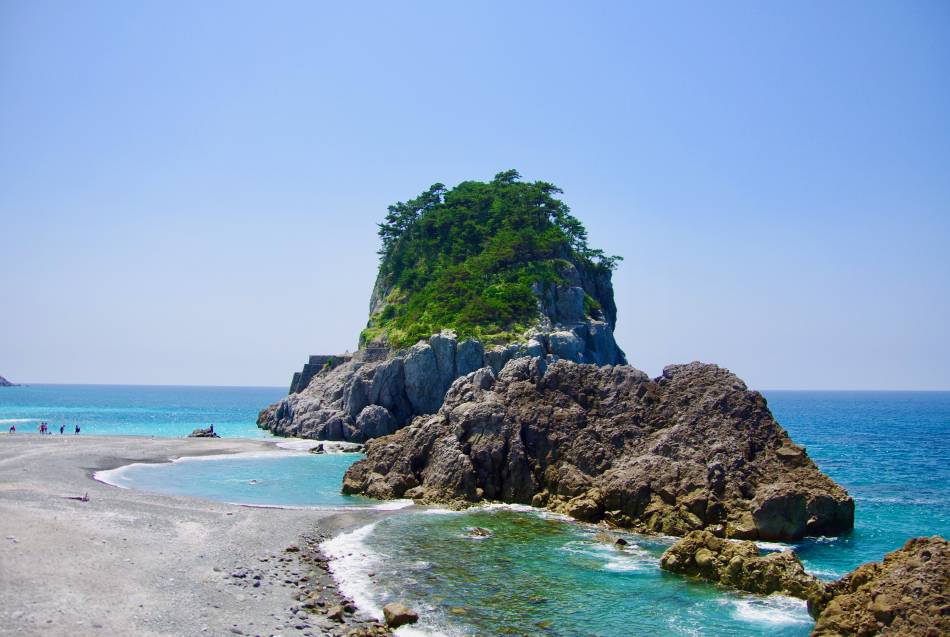 Mamashita Beach has some shallow spots ideal for splashing around

Art and culture on the island

Niijima is known for its glass works and intriguing Moyai carvings. The sculptures carved from a special kind of local stone are scattered across the island. Although similar in appearance to the statues on Easter Island in the South Pacific, the term “moyai” means “to come together” in the local dialect, and it is a fitting tribute to the artworks crafted by members of the community. You may like to rent a bicycle and cycle around to see how many you can spot. 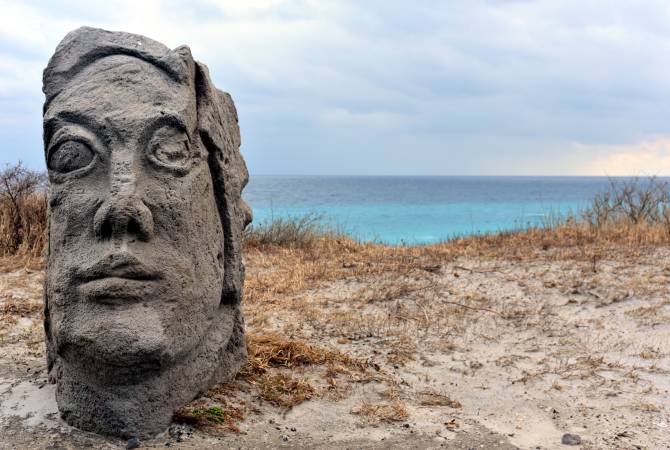 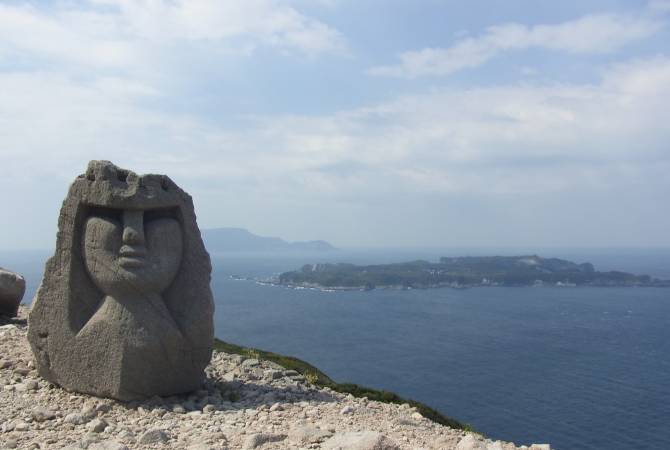 Some of the unusual sculptures dotted around the island

To try your hand at glass blowing and see how the islands glass works are produced, head to the Niijima Glass Art Center. While there, stop in at the adjacent museum where you can see over 90 different works by glass artists from the island and further afield. For local history and to learn more about the island itself, check out the Niijima Village Museum tucked away off of Maehama Beach. 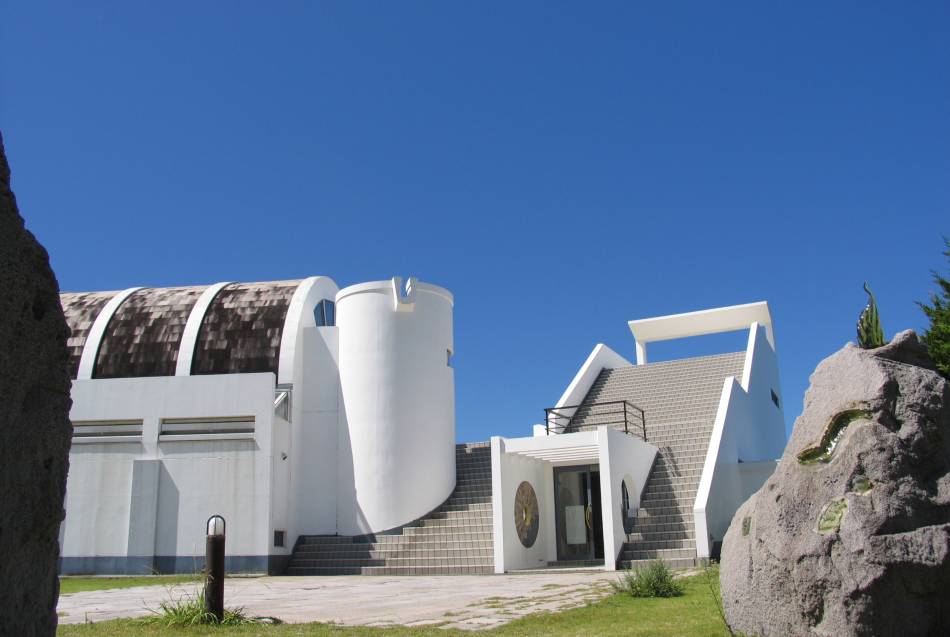 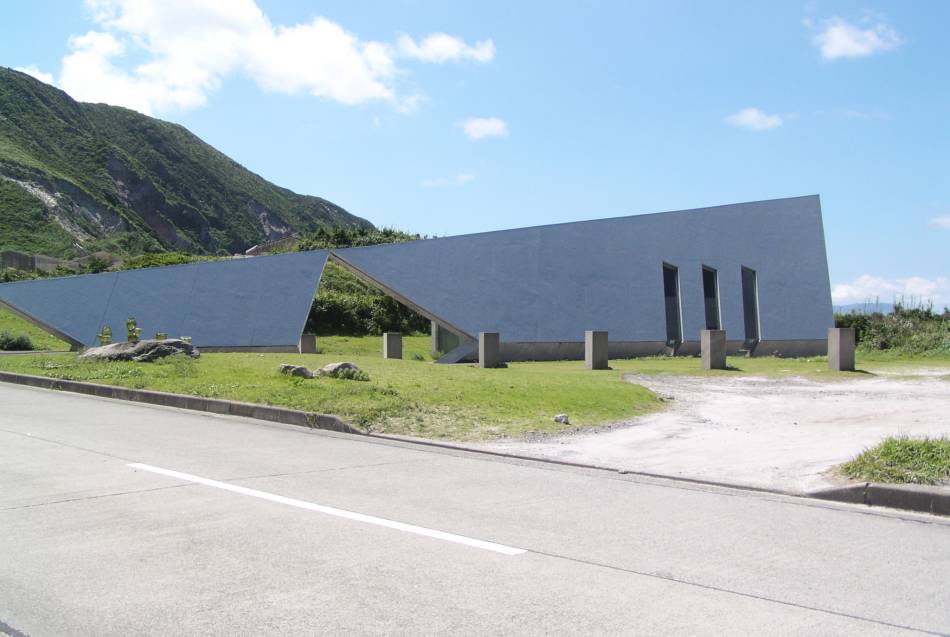 The glass museum adjacent to the glass art center 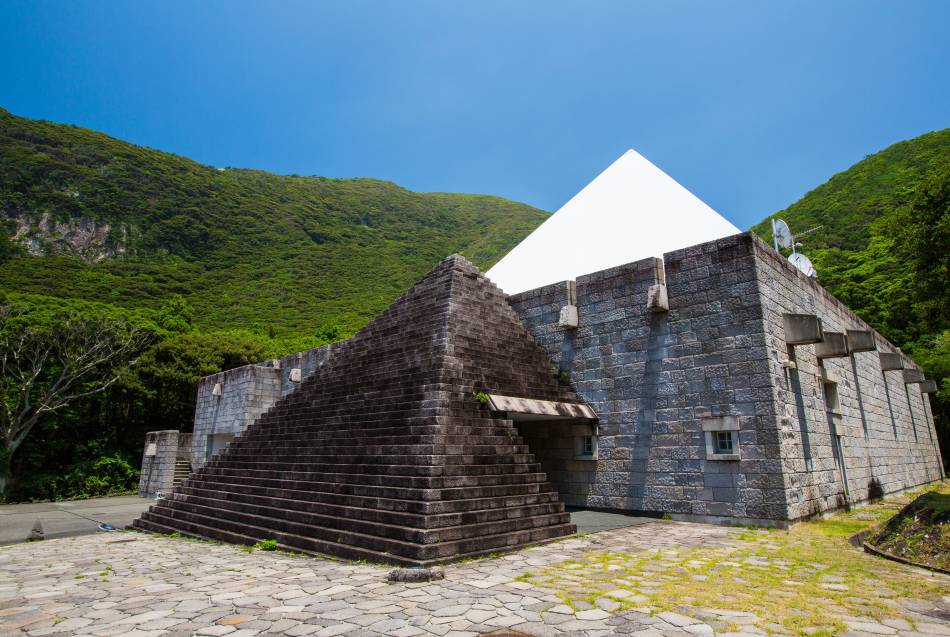 Take some time to relax

Like most of the volcanic Tokyo islands, Niijima also has hot springs. The most noticeable of them is the Yunohama open-air bath perched on a cliff top overlooking the port. With several columns and a decorative stone roof, the bath looks peculiarly like a Roman relic you might expect to find in Europe. Use of the Yunohama bath is free of charge.

Head slightly further south and you will find Mamashita Onsen, a private well-maintained facility with indoor and outdoor baths, a sauna, sand baths and a rest area with massage chairs. Entrance is just a minimal fee, but the sand baths cost extra. 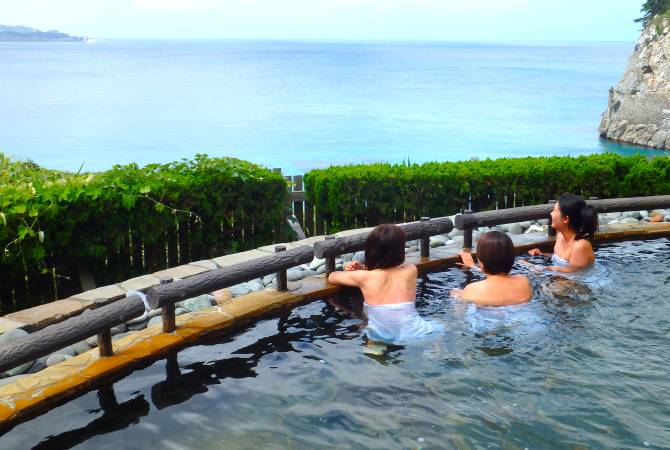 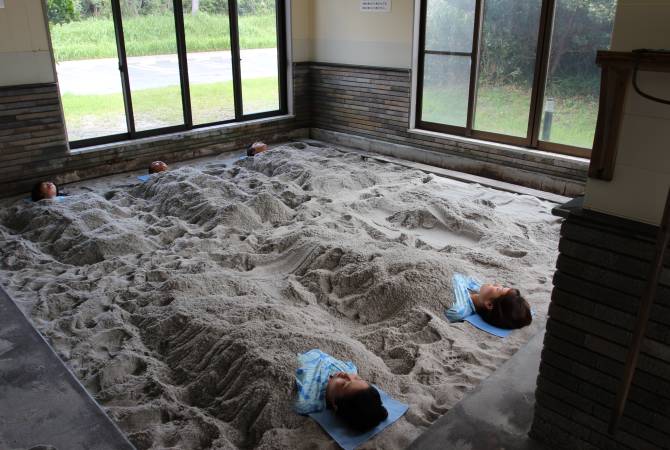 Some of the baths at Mamashita Onsen 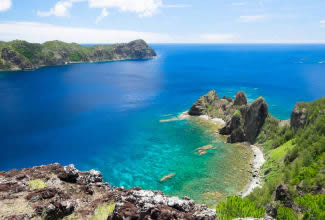