A guide to Asakusa - an area of true Japanese tradition

An iconic Tokyo temple complex and town brimming with tradition

Asakusa—an area centered around Sensoji Temple with Kaminarimon ("Thunder Gate") and Nakamise shopping street—is surrounded by water and immersed in rich tradition. Take in riverside views, hop on a boat for a riverside cruise, or stroll the traditional streets filled with stalls and authentic souvenir shops selling quintessential Japanese goods. Visit Asakusa to experience true Japanese traditions, arts and crafts, and take a little piece home with you.

Asakusa Station is on Tokyo Metro's Ginza Line, Toei Asakusa Line and Tobu Skytree Line. The boarding pier for the waterbus is just a three-minute walk from Asakusa Station.

Approaching Sensoji Temple you will encounter a huge gate adorned with a giant red lantern daubed with large kanji characters. While it may seem like a stage setting from a time gone by, this is the backdrop awaiting your camera lens at Asakusa’s largest temple. Step through Kaminarimon—the Thunder Gate—and wander through the lively and extensive Nakamise shopping street, stopping off to pick up some authentic souvenirs on your way to the temple’s striking main hall. Tradition continues outside the temple grounds. Drop by the retro theme park of Asakusa Hanayashiki for a ride on one of the quaint attractions, or buy a ticket for a show at the traditional Japanese arts showcase theater of Asakusa Engei Hall. No English is available, but for full immersion into Japanese traditional culture try out one of the Japanese rakugo storytelling performances. 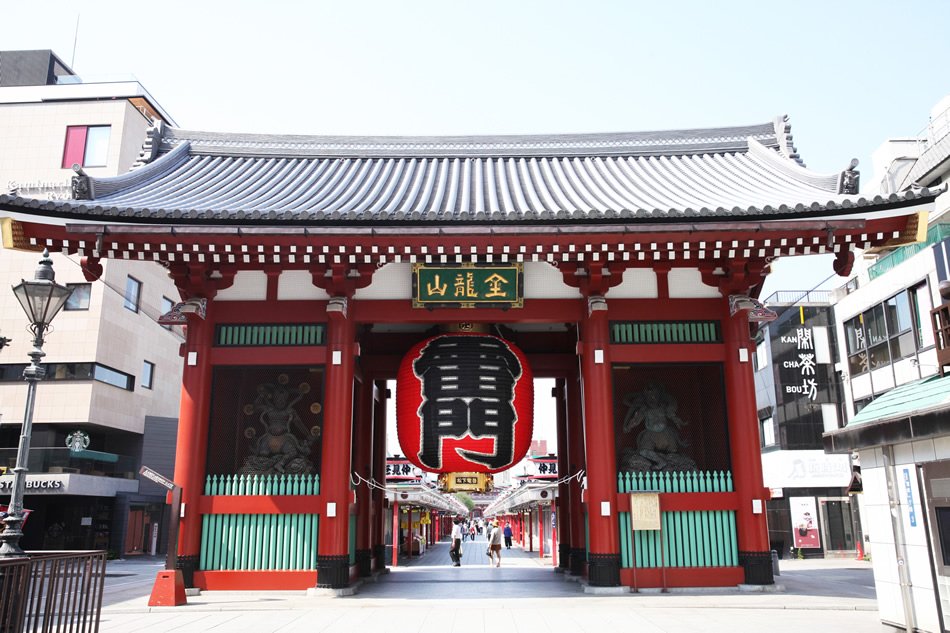 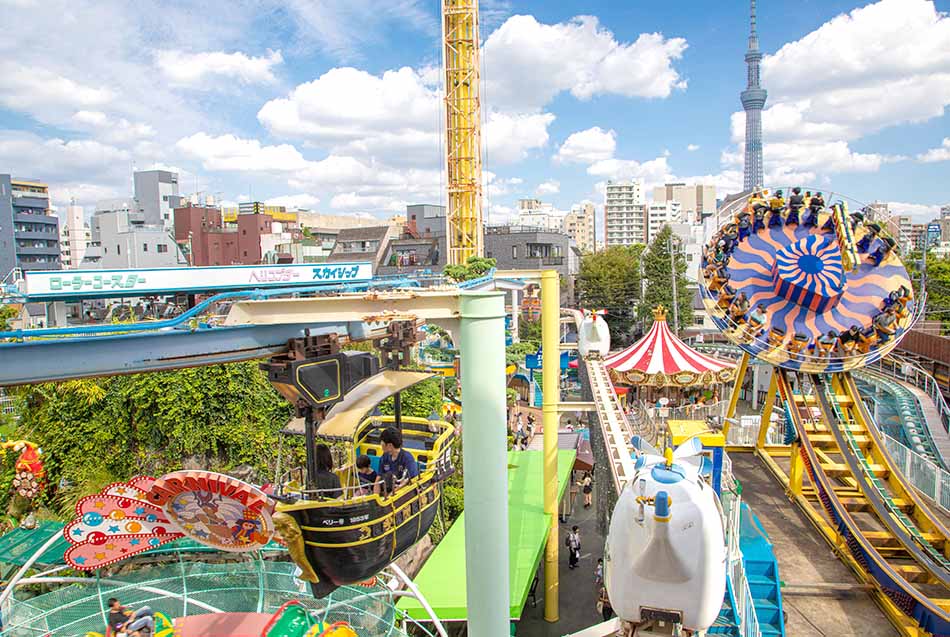 Asakusa on the water

Asakusa is a waterfront town . It sits on the mighty Sumida River, and many landmark buildings line the banks. Head to the striking red Azuma-bashi Bridge for views of towering TOKYO SKYTREE, or enjoy a beer at the Super Dry Hall inside the Asahi Group Headquarter Building, with its Philippe Starck-designed golden sculpture adorning the roof. For a taste of the city from the water, board the uniquely sculpted Hotaluna waterbus—from the creative mind of Japanese cartoonist Leiji Matsumoto—for a cruise up the river. The pier is located close to Asakusa Station, and it is possible to take trips to Hinode Pier, Odaiba Marine Park, and Toyosu.
*As of July 2022, ships do not stop at Hama-rikyu Gardens, and it's not possible to embark or disembark from there. 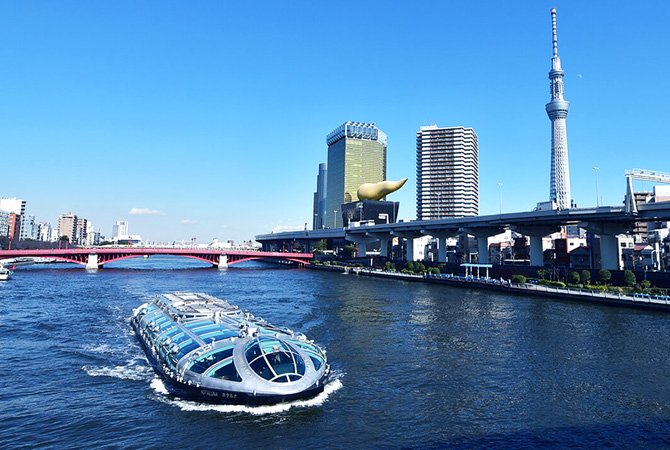 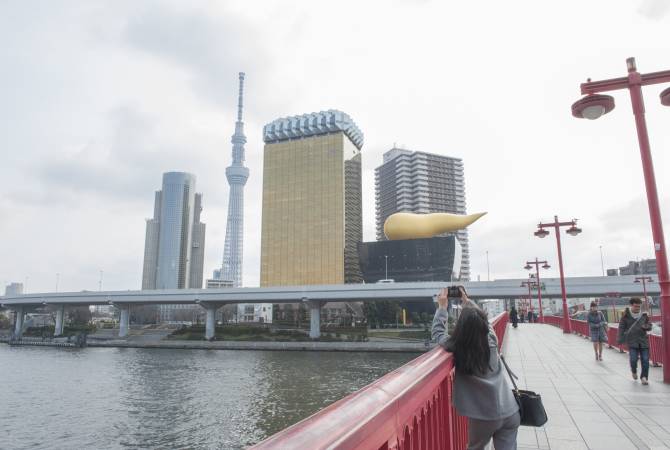 Shop for memorable and quirky souvenirs

Asakusa is a great place to get hold of some original Japanese souvenirs. Nakamise is filled with small stalls selling a wide range of products. Pick up a T-shirt adorned with kanji characters, a traditional fan, a mask, or a wooden kokeshi doll—some distinctive reminders of your Tokyo trip—and fill up on traditional snacks and sweets baked right in front of you. If you want to step deeper into the world of Japan's culinary arts, visit Kappabashi Kitchenware Town to check out some professional-level kitchen utensils and surprisingly realistic plastic food models.

Find a range of food and restaurants on Rokku Broadway

The Rokku Broadway (Sixth District) was once the most popular theater district in Japan. It has now been revived as a 300- meter- long, 12- meter- wide street that connects Asakusa Sushiya Street and Asakusa Hisago Street. There are numerous restaurants here to enjoy delicious food and drinks, including Edo-style sushi, as well as theaters, and department stores. 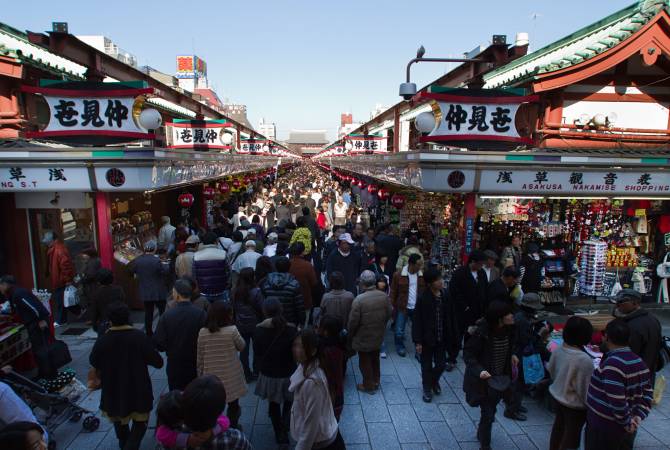 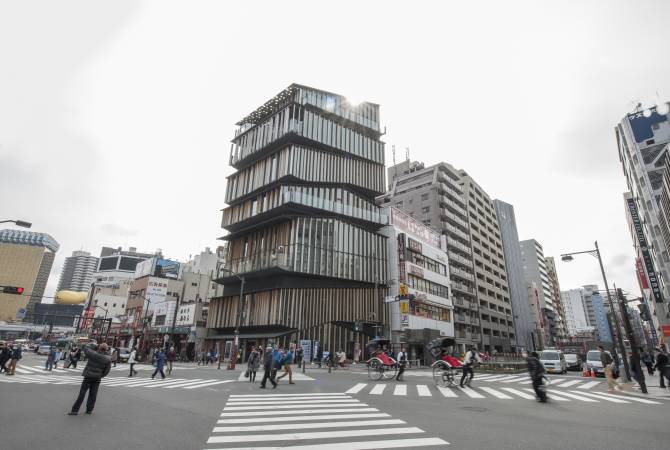 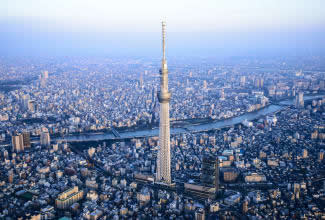