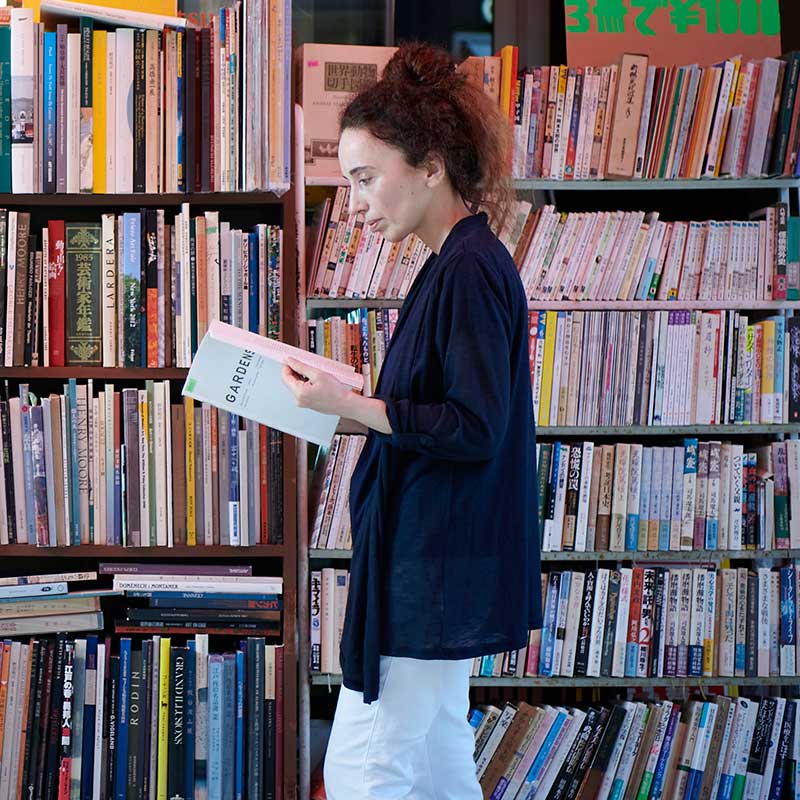 Born in France, Emmanuelle Moureaux relocated to Tokyo in 1996. Today, she is a successful architect who runs her own firm in Kanda. Emmanuelle, who is also an artist and designer, focuses on the interaction between colors and layers in the cityscape of Tokyo, and has pioneered the concept of "shikiri," or "dividing space with color." Her playful, spirited creations have led to work for well-known clients such as UNIQLO and ISSEY MIYAKE. Below, she introduces six under-the-radar spots that aren't likely to be found in mainstream guidebooks.

I first visited Japan in 1995, when I was still a student. The moment I stepped out of Ikebukuro Station and saw the cityscape for the first time, it was as if I saw colors for the first time. I felt a lot of emotions, I was so overwhelmed that made me decide to move to Tokyo. The colors and layers I feel in Tokyo were the inspiration to my design concept of "shikiri". I work in Kanda, and over time I've come to discover lots of unique and retro spots in this area. Here are a few of my favorites.