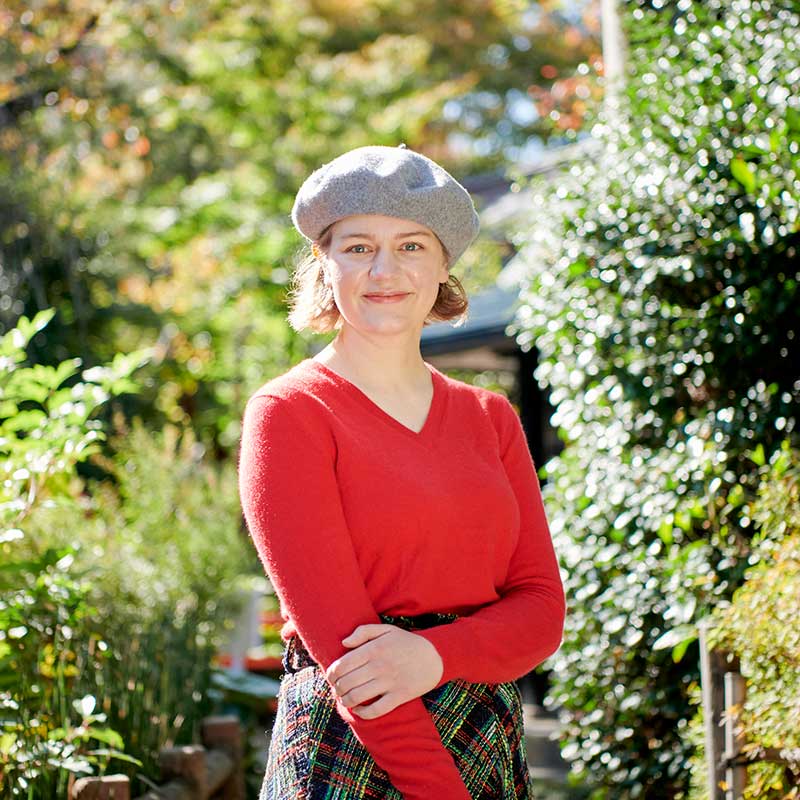 Marei Mentlein is a talented multi-hyphenate, born in the German port city of Kiel. After moving to Japan in 2008, she started working toward her current career as a "Professional German." In addition to translating and writing, she works as a TV commentator and as a producer and for a German TV station. She is also a tourism ambassador for Chiyoda City, promoting the city's attractions to the world. She makes appearances on a nationally broadcast television program for German language learners in Japan.

While Tokyo is overflowing with world-renowned tourist attractions, hidden among the more famous locales are some lesser-known historic power spots—spiritually significant locations—like Shinto shrines and Buddhist temples. These power spots are believed to enrich the spirit of the people who visit them. I'll also cover various other places to enjoy during your travels, including a beautifully manicured museum garden, a hidden gem of a park with a perfect view of the ocean, and a planetarium that offers a breathtaking view of the starry night sky.