Narrow waterways weave their way through central Tokyo passing key attractions like the Imperial Palace, and while the canals may no longer play the vital role they once did, modern-day Tokyo would not be the city it is without them. Explore the channels and waterfront areas to see how Tokyo has changed and continues to develop. 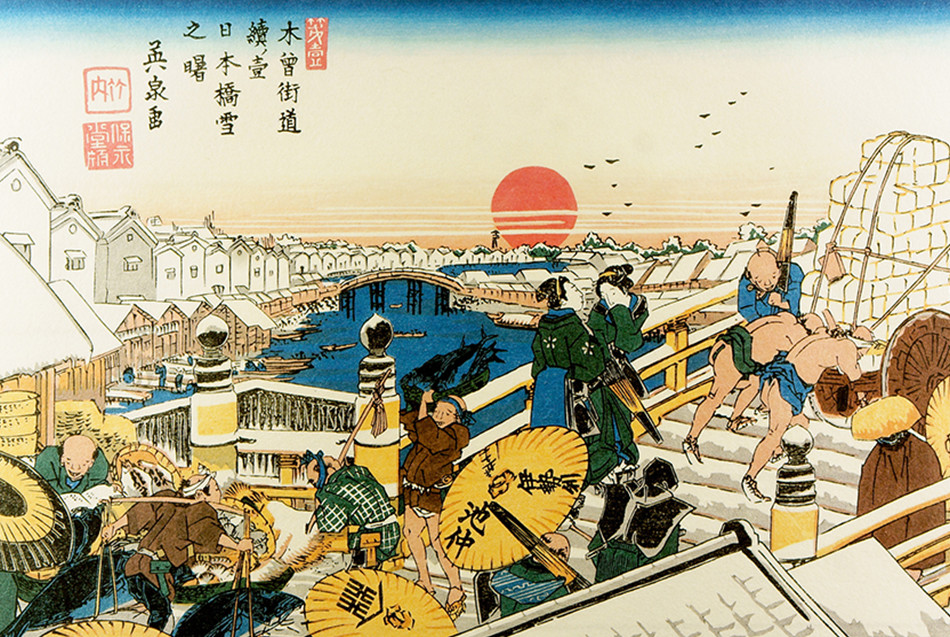 The eastern city of water

Bustling with boats that ferried people and goods through the city, life revolved around Tokyo's rivers and waterways during the Edo period (1603-1868). Historic documents suggest comparisons were made between Edo (present-day Tokyo) and Venice, and woodblock prints from the time conjure up images of a kind of Venice of the East. 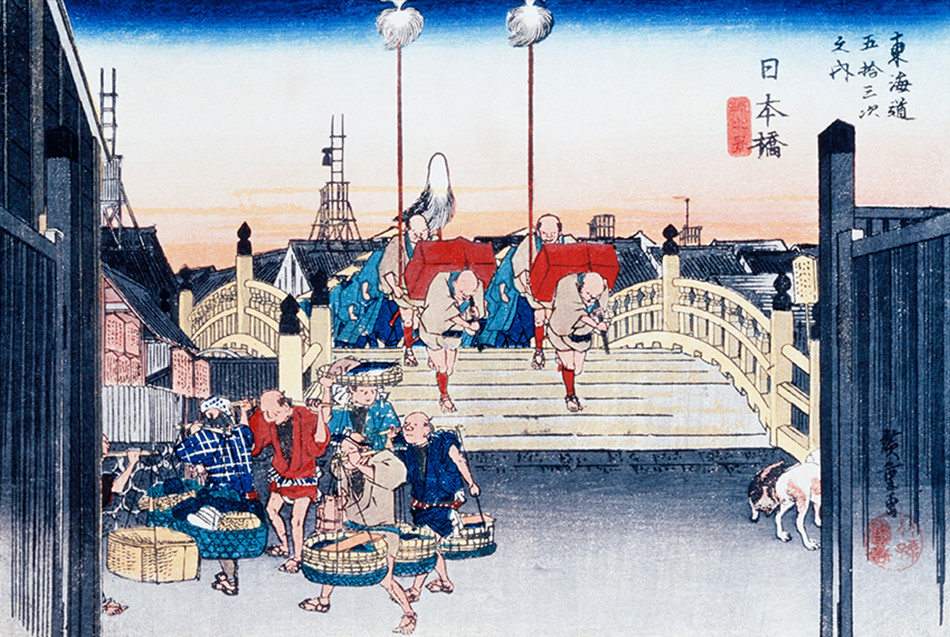 53 Stations of the Tokaido: Nihonbashi, an ukiyo-e woodblock print by Ando Hiroshige

Commodities came from across Japan to the city of Edo by sea. From there, they were transported deep inland by way of the first Tokugawa shogun’s network of waterways. At each pier, they were unloaded at places called kashi, which became ideal hubs of business for warehouses, wholesalers, and markets. The areas around these kashi naturally attracted shops and restaurants for serving the many workers. And so, Edo flourished around waterways and grew into a buoyant city, home to more than a million residents and workers.

Yakatabune —the culture of waterside entertainment

Cruise Tokyo’s waterways while making merry in the tender glow of lanterns on one of Tokyo’ famous yakatabune boats, which dot the city’s maze of waterways with light and laughter. Eat and drink to your heart’s content as the boat slips through the city’s historic waterfront areas.
Yakatabune Boat Cruises 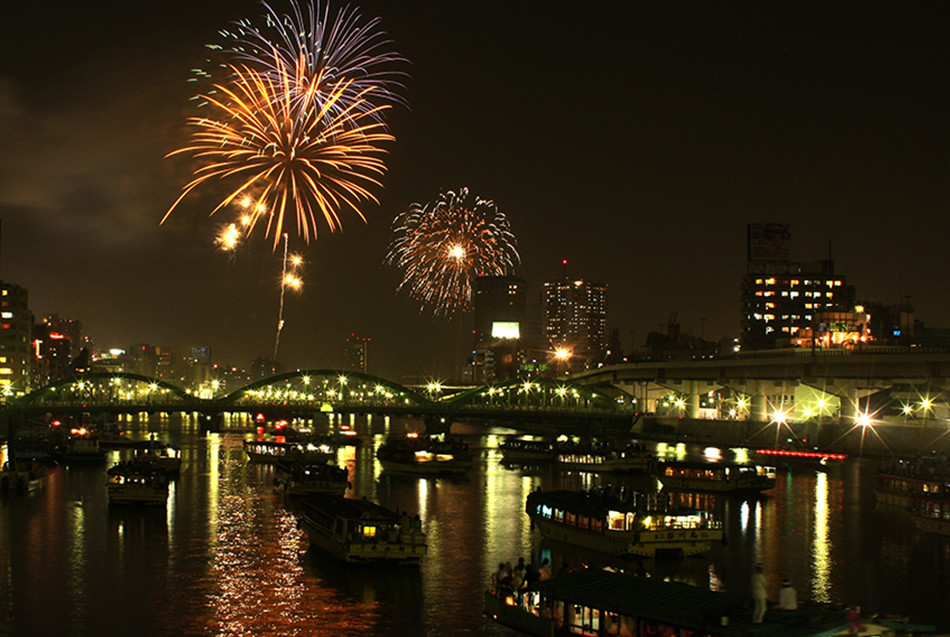 Fireworks reflected in the waters of the Sumida River

Vestiges of Edo and a fresh angle on present-day Tokyo

Today, Tokyoites and visitors alike continue to travel the rivers and canals of Tokyo by boat. The cool breeze, the murmur of the traffic along the banks, and the vigorous calls of the workers maneuvering the boats offer a glimpse of the vestiges of the lively and energetic Edo. The waterways also provide a fresh view of the beauty of present-day Tokyo lined with modern buildings. Don't miss the opportunity to hop on a boat and experience Tokyo—the "city of water." 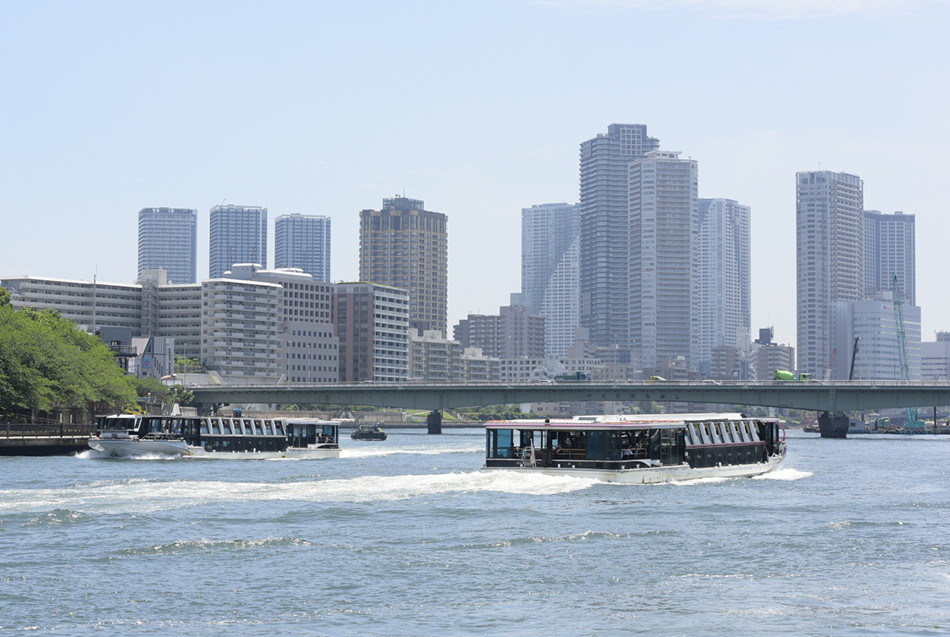 Traffic on the Sumida River today

Served by multiple waterways, the area from Akihabara south through Kanda, Nihonbashi and Ginza was one of the liveliest and most prosperous districts of Edo, inhabited by merchants and artisans. Today, these riverside neighborhoods remain key business districts with department stores and large retail outlets lining the main streets.

Nihonbashi today, with Japan's first department store in the background 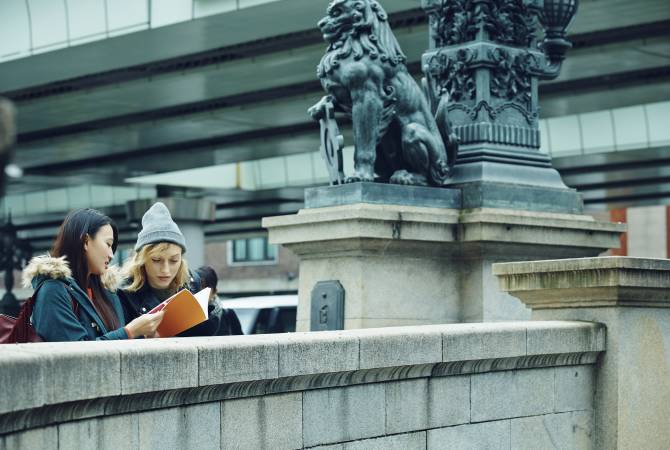 Other historic waterfront sights and attractions

Head further north up the Sumida River and you will find Sensoji, Tokyo's oldest temple. Set aside a good half day to see the temple, its iconic Thunder Gate (Kaminari-mon), and the shops that line the approach.

The iconic gate and its giant lantern at Sensoji Temple

While in the Asakusa area, consider stopping off in nearby Ryogoku to visit the Edo-Tokyo Museum, where you can learn more about the history and culture of the castle town that became Tokyo. The water bus pier at Echujima (just a short way from Ryogoku) will take you straight to the Hama-rikyu Gardens.

*Please note that as of June 2022, boats do not stop at Hama-rikyu Gardens, so it's not possible to embark or disembark from there. 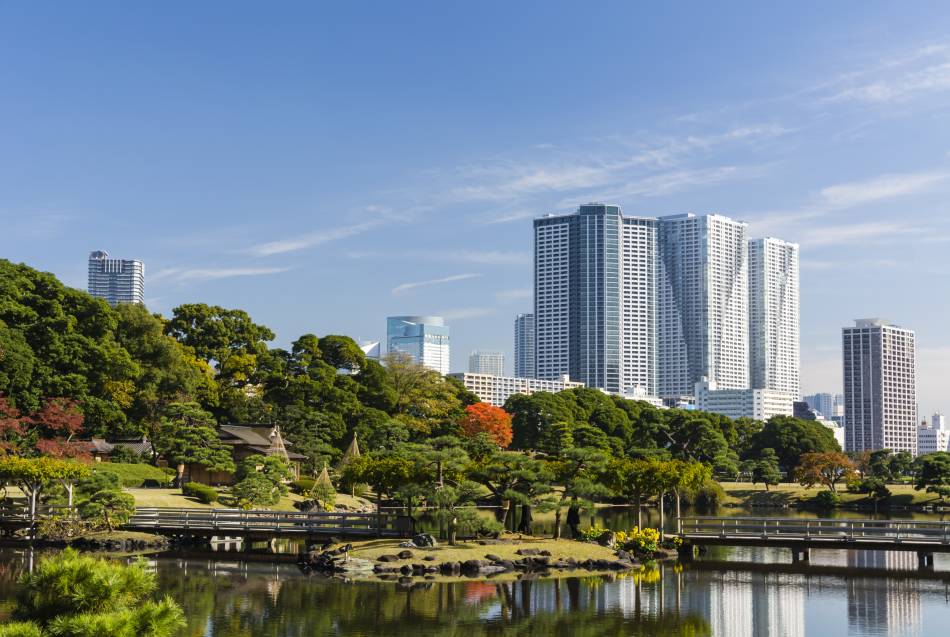 To the north of Hama-rikyu Gardens you will find the Imperial Palace. During the days of Edo, this was the site of Edo Castle and the seat of the Tokugawa Shogunate. Surrounded by an intricate system of moats, the castle was impenetrable. 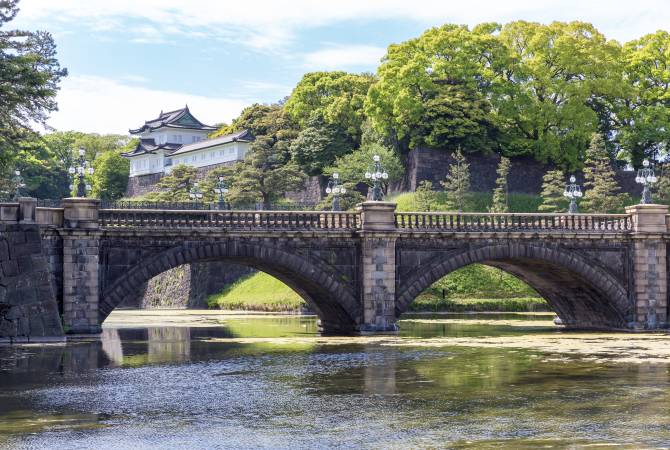 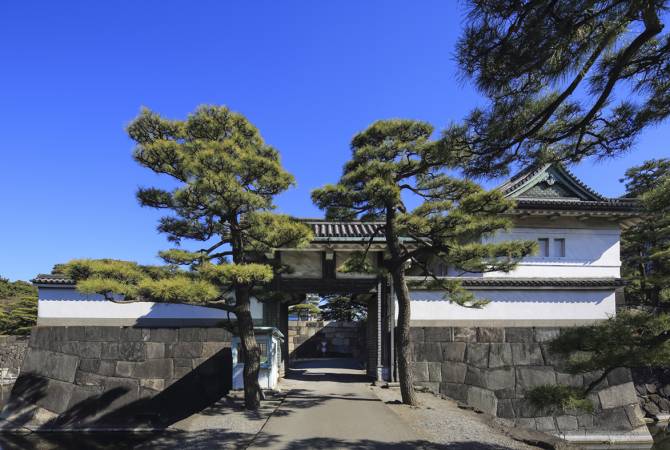 The Imperial Palace stands where Edo Castle once stood

Visit the grounds to stroll through gardens and see relics of the past which include the foundations of the castle keep, gates, and guardhouses. You can even rent boats to row along a section of the Chidorigafuchi Moat.

Operating along the Sumida, Kanda, and Nihonbashi rivers, cruises are an excellent way to take in the sights of the city, old and new. Several operators have tours and pleasure cruises departing from Nihonbashi, Asakusa, and Ryogoku.
Cruising The Rivers and Open Waters of Tokyo 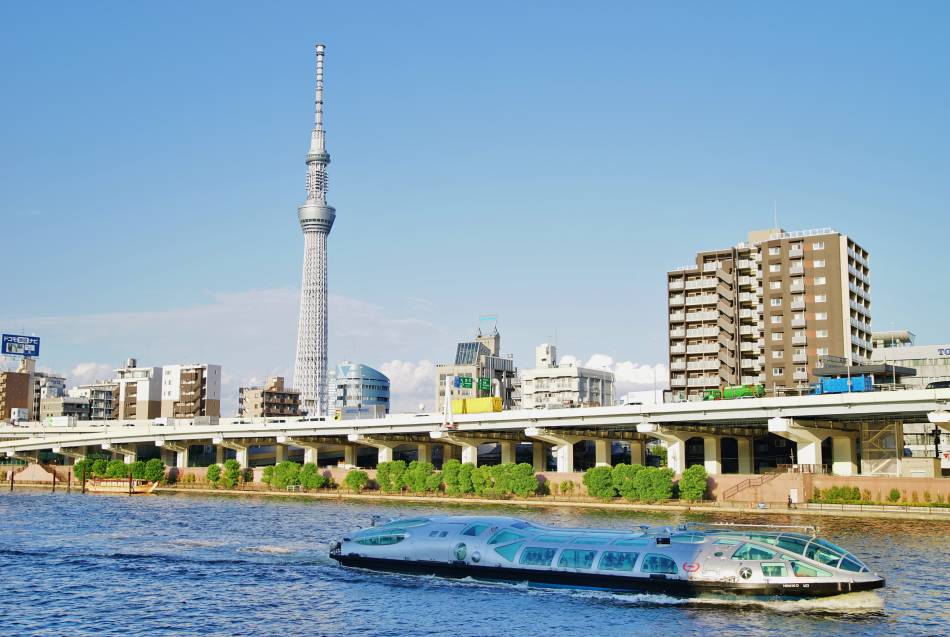 One of the services operating along the Sumida River

Writing the next chapter

Tokyo's waterfront areas continue to evolve and nowhere is that more true than the bay area. In the last few decades, land has been reclaimed from the sea to accommodate the growing needs of the metropolis. To experience the changing shape of the city, visit Odaiba, Tennozu Isle, or Shibaura—some of the newest and fastest developing neighborhoods. 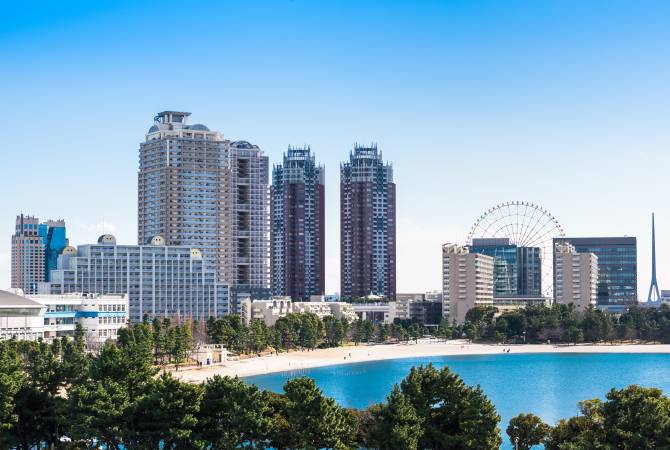 History by the Water