See Tokyo's many faces—the hip, the cultural, and the natural—all through riverside walks

Going for a walk along some of the rivers that flow through the concrete jungle that is central Tokyo is a great, scenic way to explore the city on foot. And you will be surprised by what you can encounter, from the traditional areas along the Sumida River to the trendy Meguro River area, the affluence near the Tama River, and the cooling nature of the Todoroki Valley.

A slice of Japanese history walking through old districts

Explore Tokyo's old district of Asakusa, juxtaposed against the modern Tokyo Skytree®, as you wander along the Sumida River waterfront walkway to the sumo town of Ryogoku. The stroll by itself would take about 30 minutes, though you should set aside at least half a day for the numerous points of interest on either riverbank and for cherry-blossom viewing in early spring. See the iconic Sensoji Temple, and stop for a snack and some shopping at the Nakamise souvenir street. Later, stop by the laid back artisan neighborhoods of Kuramae and Asakusabashi, where the stylish and modern coexists alongside respected traditional handicraft businesses. At Ryogoku, learn about Japanese history at the Edo-Tokyo Museum and Sumo Museum, then sate your hunger by feasting on a “chanko nabe” hotpot that is the staple diet of sumo wrestlers.

Start your journey along the Meguro River at the trendy Nakameguro area with its range of fashion shops and art galleries, as well as hip riverfront cafes and eateries. Be surprised by what you may find while exploring the stores tucked away inside the side streets. Stop for coffee along the way, and check out the Meguro Museum of Art. The riverside walk by itself takes about 30 minutes, though it is also possible to walk all the way to Gotanda and Osaki, both of which are on the JR Yamanote Line. If you are visiting in spring, the cherry tree-lined Meguro River turns a pretty shade of pink. Bask in the festival atmosphere as huge crowds descend on Nakameguro, where street food, beers, and rosé wine are the order of the day. 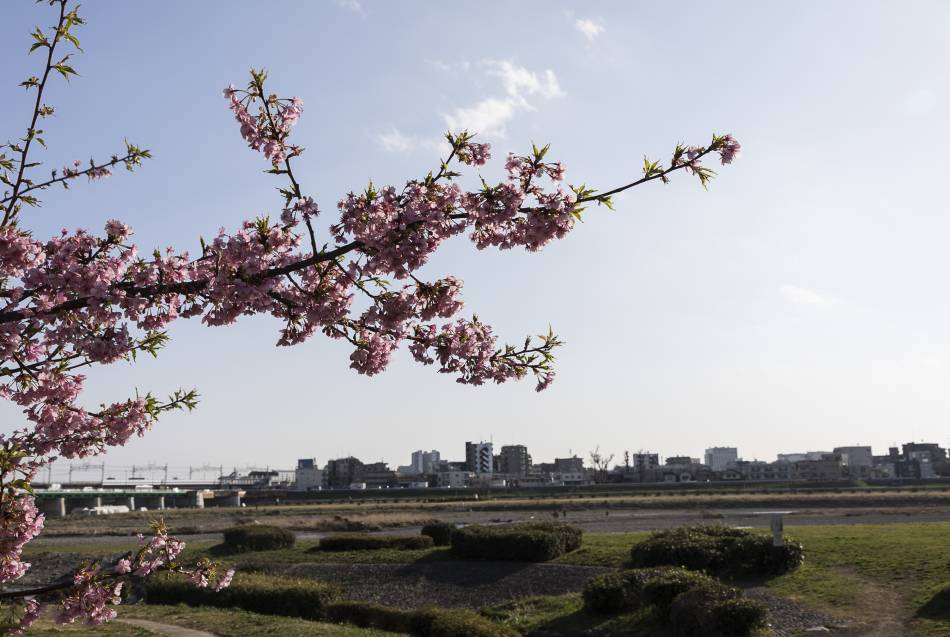 A modern neighborhood on Tokyo's border with Kanagawa

Enjoy a relaxing waterfront walk along a 5-kilometer segment of the Tama River, which stretches 138 kilometers. Starting at the Tamagawa Station on the Tokyu Toyoko, Meguro, and Tamagawa Lines, wander the wooded pathways and riverside paths towards the shopping area of Futakotamagawa. There are loads of cafes, restaurants, and bars in the neighborhood to rest your feet after your hour-long walk. If you are visiting in autumn, be sure to check out the Setagaya-City Tamagawa Fireworks Festival, one of Tokyo's most popular fireworks festivals. 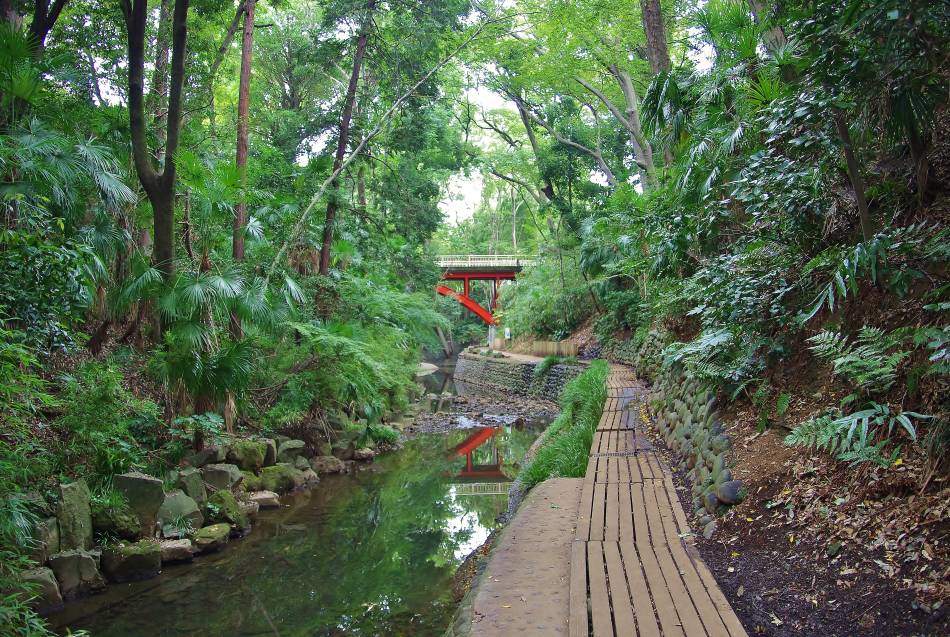 Head down into the green canopy of a Tokyo valley

Take a short but interesting riverside walk into the quiet, cooling depths of the Tokyo’s Todoroki Valley, which is located around 20 minutes from Shibuya. The trail runs for 1.2 kilometers and is a great way to cool off in summer, with a distinct drop in temperature as you descend into the gorge. The calming flow of the Yazawa River and the sounds of the chirping birds are worlds away from the hustle and bustle of Shibuya. Picnic at a small grassy family park, and make your way to Todoroki Fudoson Temple, which has a wooden viewing platform overlooking the ravine.