Dyeing Workshops of the Kanda River

A traditional craft culture with roots in the water

The Kanda River runs roughly 25 kilometers from the west to the east, beginning at Inokashira Pond in the Mitaka neighborhood and ending where it joins the Sumida River near the Kokugikan Arena. In other words, it covers more or less the length of central Tokyo. Many urban waterways flow underground, but the Kanda River is largely uncovered. It is flanked by modern buildings and famous landmarks and acts as part of the Imperial Palace's outer moat.

During the Edo period (1603–1868), the area now known as Kanda was designated as a center for fabric dyeing. A great number of artisans moved there, kickstarting the industry in Tokyo. It was also during this time that traditional fabric-dyeing techniques were developed. The Japanese word for dye or dyeing is “some,” pronounced as "soh-meh." One technique, "Tokyo Some Komon," utilizes paper patterns to create intricate designs. Another technique, "Tokyo Tegaki Yuzen," features lovely natural motifs such as flowers, birds, and landscapes.

At the turn of the 20th century, the city continued to urbanize. River water wasn't appropriate for dyeing, due to household liquid waste and other factors. Fabric dyers wanted clean water, so they relocated further up the Kanda River. The neighborhoods of Waseda, Totsuka, Ochiai, and Nakai in Shinjuku became known as fabric dyeing hubs because many dyeing shops and studios were set up along the Kanda River and one of its tributaries, the Myoshoji River. Take a stroll around these areas to appreciate the craftsmanship of dyeing artisans and to learn more about this traditional but little-known part of craft culture in Tokyo.

Check out a fascinating workshop and make something of your own

The Nakai and Ochiai areas of Shinjuku make up one dyeing epicenter along the Kanda River. Many centuries ago, people in Asakusa and Kanda used clean water from nearby rivers for traditional dyeing work, but things really took off about a century ago. Hundreds of workshops opened up along the Kanda River and the Myoshoji River, a Kanda tributary. They produced beautiful, handcrafted items—everything from kimono to noren shop curtains. These days, the water used in the dyeing process comes from wells and aquifers rather than the Kanda River or its tributaries. The process of rinsing off starch in the Myoshoji River may be a thing of the past, but you can get a sense of the area’s historical appearance by checking out the dyeing workshops that line the riverside. One such workshop is Futaba-en, founded in 1920, and now called “Some-no-Sato Ochiai.” It is one of the destinations on the Some-no-Komichi guided tour (see below). They offer classes where you'll learn the Edo technique for dyeing hand towels, table runners, and other items in traditional patterns. 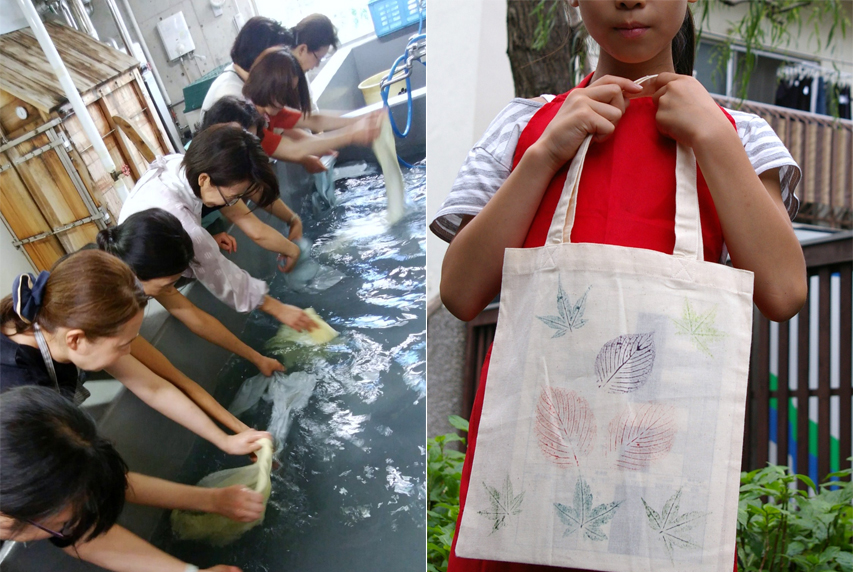 Some no Komichi Festival

Some no Komichi is an annual festival held on the last weekend of February, which celebrates dyeing techniques developed along the Myoshoji River in the Ochiai and Nakai areas. The event features brightly colored pieces of cloth strung over the river, which take people back to the old days when dyers washed their newly dyed clothes in the river. The Some no Komichi committee offers guided tours in English that give international visitors a great overview of the festival and the history behind it, as well as a hands-on dyeing experience if you want. The event is held in the Ochiai and Nakai areas near Nakai and Ochiai Stations. 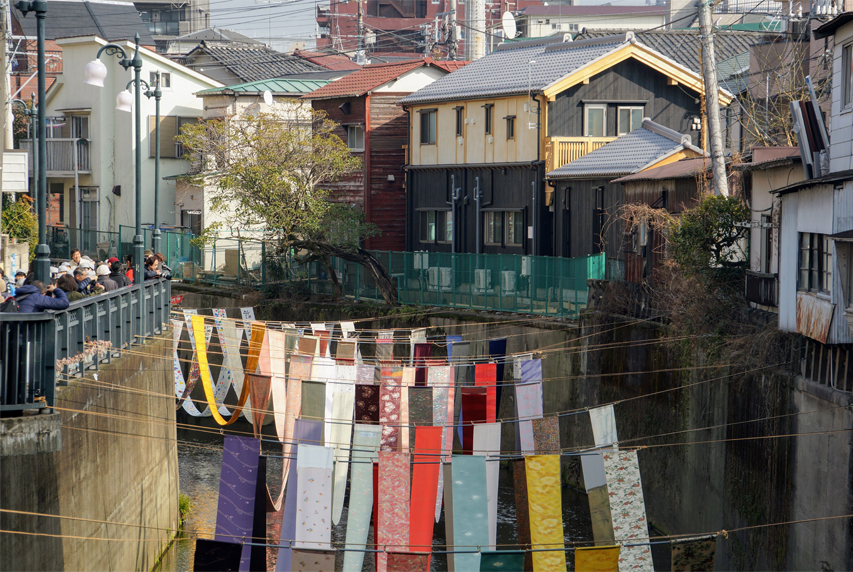 Walk along the Kanda River to the east from Ochiai and Nakai, and you’ll soon find yourself in the Takadanobaba and Waseda areas of Shinjuku, which are also home to several traditional dyeing workshops, as well as the Tokyo Some Monogatari Museum (also known as Tomita Dye Craft).
At the museum, you can appreciate their beautiful dyed items such as kimono, shirts, and even neckties (please note that items on display may change). If you want to try traditional dyeing techniques, sign up for a workshop. You can try dyeing in the “Tokyo Some Komon” style and even take your work home as a souvenir. The workshop requires a group of five or more people to participate and must be reserved in advance. Reservations must also be confirmed by phone. Be aware that the museum is only open on weekdays from 9:00 to 12:00 and from 13:00 to 16:00, and these hours are subject to change, so it’s best to check the museum’s official website before you visit. 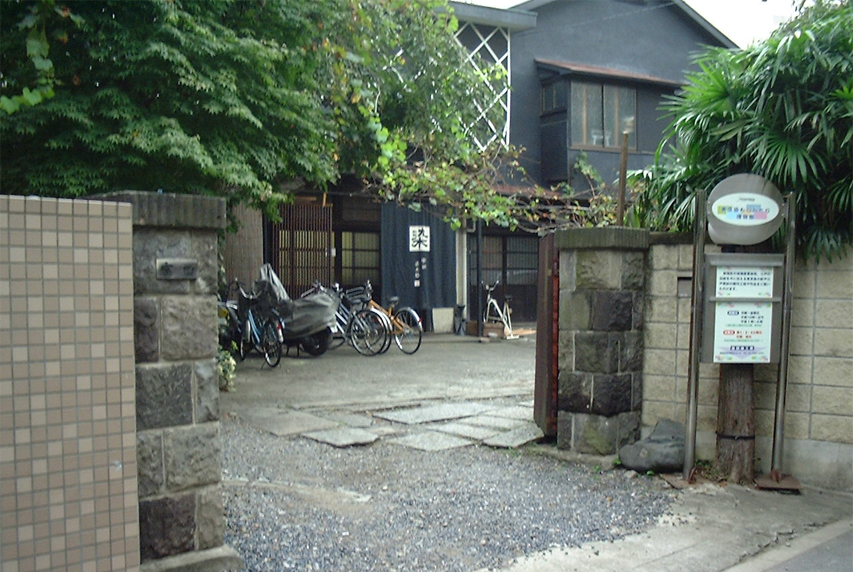 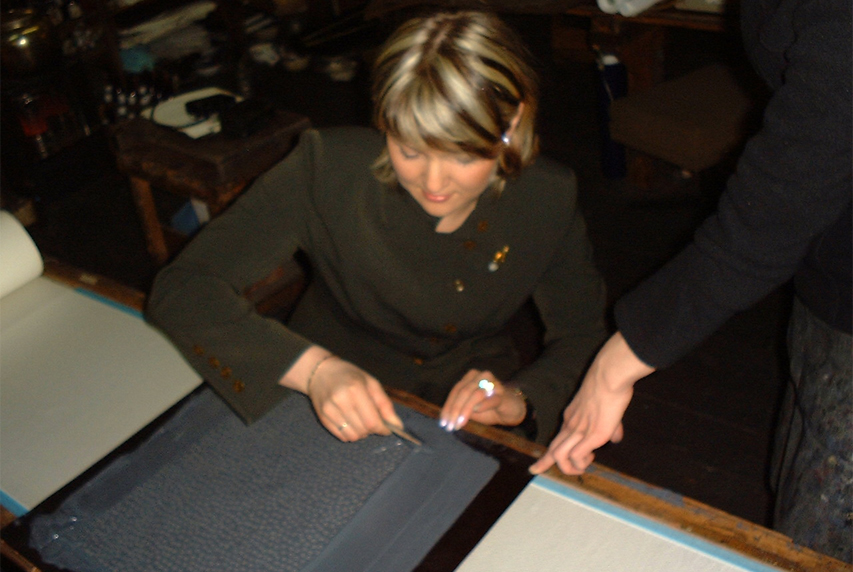 Double-check before your trip and see what's on

Workshops belonging to the Tokyo Dyers Association often hold events in English, including tours and lectures by masters of dyeing. Check the latest information online before visiting the city. 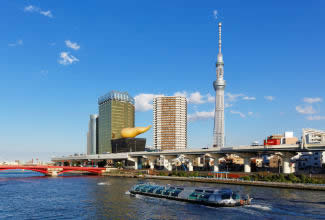