Tokyo has enjoyed a long history of prosperity as Japan’s capital since 1603, when Tokugawa Ieyasu established his shogunate and named the city Edo. Today, with a population of about 13 million, it has grown into the largest of the 47 prefectures of Japan and indeed one of the greatest metropolises in the world. Comprising 23 special wards, 26 cities, five towns, and eight villages, Tokyo is the center of various activities in Japan, including politics, economy, and culture.
Located geographically at roughly the center of the Japanese archipelago and in the southern part of the Kanto region, Tokyo shares borders with Chiba Prefecture to the east, separated by the Edogawa River; Yamanashi to the west, by a mountain range; Kanagawa to the south, by the Tamagawa River; and Saitama to the north. With a total area of 2,194 square kilometers, it is the third smallest administrative division in the country. And yet as compact as it is, the land unfolding from east to west is rich in topographical features, from lowlands of only 4 meters above sea level to scatterings of mountains, hills, and plateaus reaching 2,000 meters high, and extending even to the volcanic Izu Islands and the Ogasawara Islands in the Pacific Ocean.

The special-wards area stretches 628 square kilometers and has a population of 9 million. It attracts visitors not only from abroad but also from all over the country with its concentration of businesses and commercial facilities, well-developed traffic network, and countless cultural establishments and tourist destinations. The offices of the Tokyo Metropolitan Government that runs the city, the Tokyo Station building restored in 2012 to its original form as Japan’s oldest brick structure, and Tokyo Skytree, the world’s tallest freestanding broadcasting tower, are just a few examples of sightseeing spots full of history and tradition. Also continually generating new points of interest, the 23 wards area is undoubtedly one of the most advanced in the world. 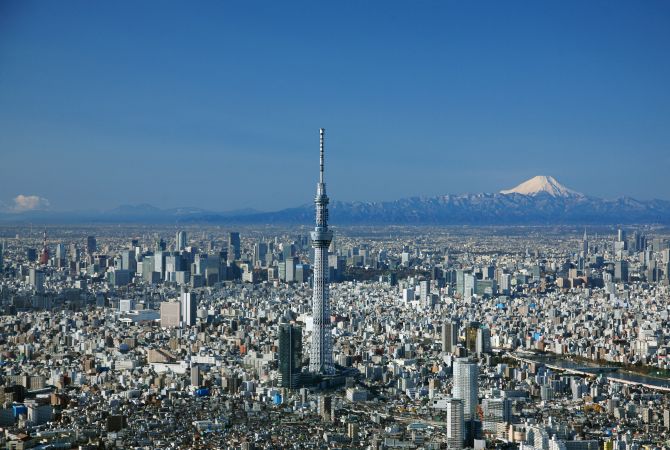 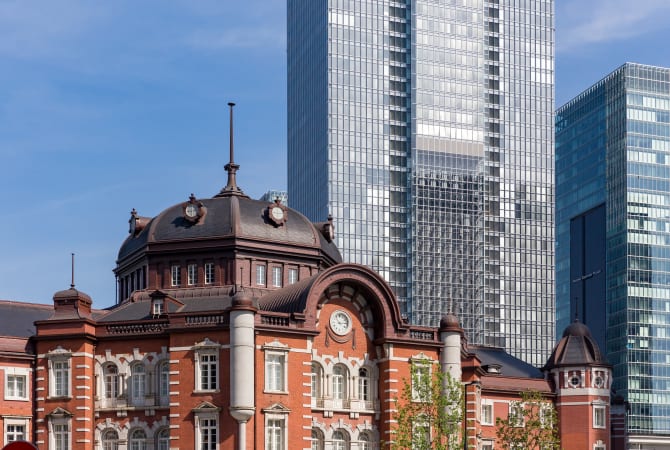 The Tama area covers 1,160 square kilometers and has a population of 4 million. It has developed as a residential district, being only an hour’s train ride away from central Tokyo and convenient for commuters. It's blessed with abundant nature, and equipped with facilities encompassing the educational, cultural, commercial, and entertainment spheres. Okutama, in the northwest, is a popular vacation area full of mountains, lakes, and valleys that serve as natural tourist resources for hiking, camping, and the viewing of autumn leaves and limestone caves.

The Izu Islands lie in the Pacific Ocean and, in order from closest to farthest from central Tokyo, include Oshima, Toshima, Niijima, Shikinejima, Kouzushima, Miyakejima, Mikurajima, Hachijojima, and Aogashima. Oshima Island is 108 kilometers away, and Aogashima 354 kilometers away from the Tokyo Metropolitan Government Building. Each island has its own character and attracts flocks of tourists seeking scenic beauty on top of marine sports and fishing. The Ogasawara Islands are made up of more than 20 islands about 1,000 kilometers away from central Tokyo, of which only Chichijima and Hahajima are inhabited. The subtropical climate having formed a unique ecosystem, the Ogasawara Islands are listed as a World Heritage Site, and almost their entirety is included in Ogasawara National Park. 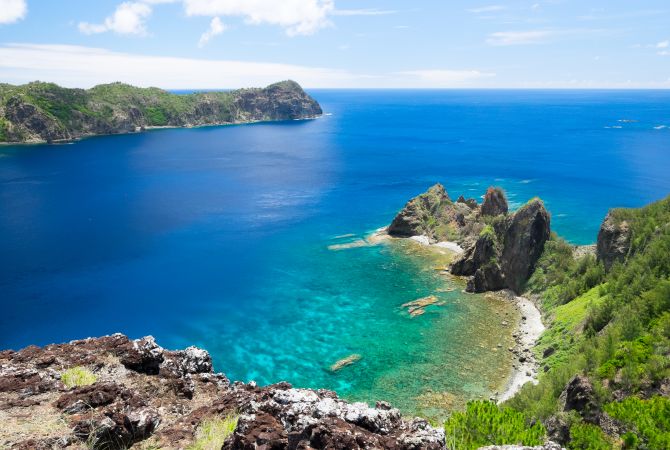 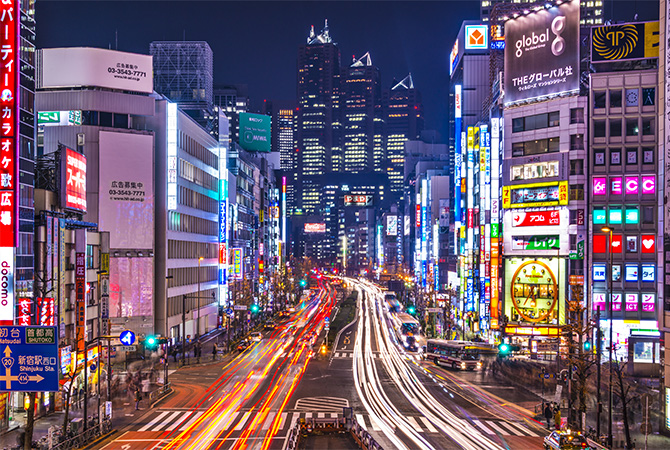