Early spring is still chilly so bring a coat or fleece to keep out the cold. By the time May comes around however, the first greens start to sprout and most days are comfortably warm enough to spend in short sleeves. Although temperatures drop in the morning and evening, the cool, fine daytime weather is perfect for outdoor activity, so it's a great season for you to get out and explore. Make sure to bring layers so you can be cool when it's warm and sunny, and warm if a chill comes through! 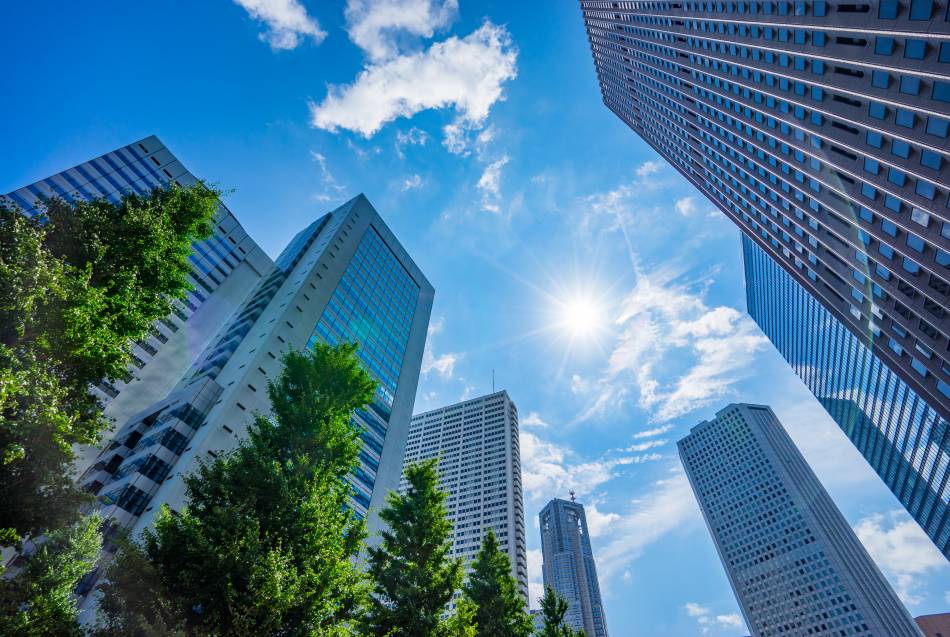 June to mid-July can be a wet and humid time of year as the rainy season sweeps into Tokyo—think relentless drizzle rather than monsoon. A rain jacket could be a good idea, but not a heavy one: the thick, warm humidity can be oppressive. If you're going to be doing a lot of walking around Tokyo in the rainy season, or perhaps even hiking or camping in the Okutama area of far western Tokyo, waterproof shoes would also be smart. And of course you can carry an umbrella. Be aware that convenience stores sell affordable umbrellas.

Once the rain breaks, the summer gets going with intense heat and high humidity. The mercury can rise above 35 degrees so it is important to keep hydrated and well-rested. The temperature seldom drops below 25 degrees even after sunset, so expect long, hot summer nights. Many Japanese people will carry a hand fan to fend off the heat or a parasol to block out the sun—both effective techniques! One other note about clothing: summer is the time for light, comfortable attire, and Tokyo is a city where you'll see every kind of fashion under the sun, but if you want to blend in with the locals, avoid wearing anything too casual or revealing. You might look out of place wearing low-cut tops, loose-fitting sleeveless shirts, yoga pants or leggings without anything over them, baggy athletic shorts, and plastic flip-flops or sandals.

Finally, the importance of staying cool cannot be stressed enough. Heat stroke is a real risk. Before you start feeling feverish or lightheaded, drink plenty of water, replenish sodium and get out of the sun and take a break frequently. Check out this site for more details. 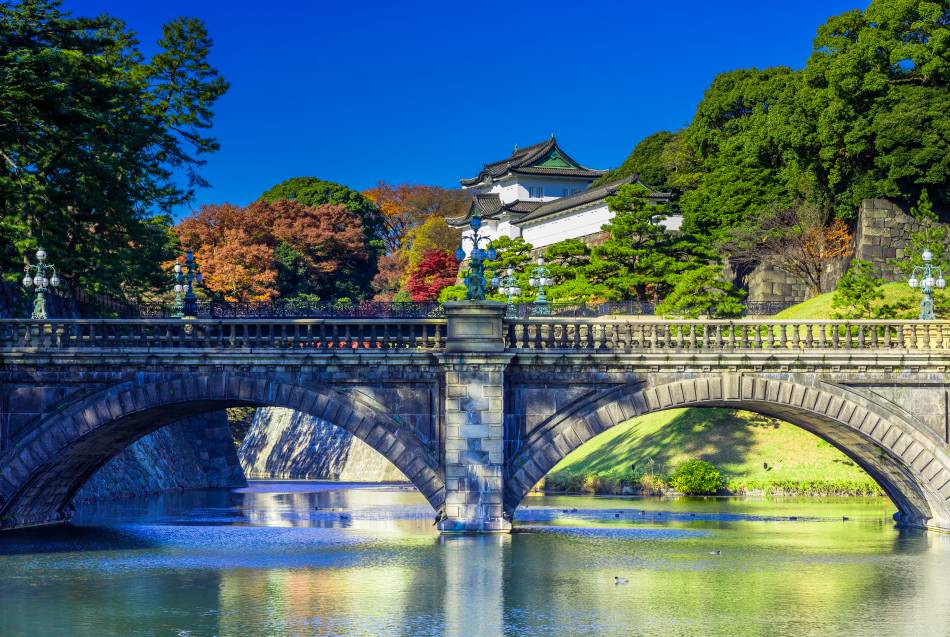 Heat exceeding 30 degrees can linger into September, and this time of year is punctuated by typhoons, meaning that travel and outdoor events can be disrupted. However, the temperature and humidity gradually drops ushering in gloriously crisp and comfortable autumn. Around late October, the leaves start to turn from green to vibrant red, yellow and orange in the Okutama area, then spreading throughout the rest of Tokyo. Tokyo Amesh charts the weather in real time to help you plan your activities accordingly. As with spring, layering is key. On an early November day, you might even be comfortable in a T-shirt—but there's a good chance you'll want a sweater with a jacket over it. 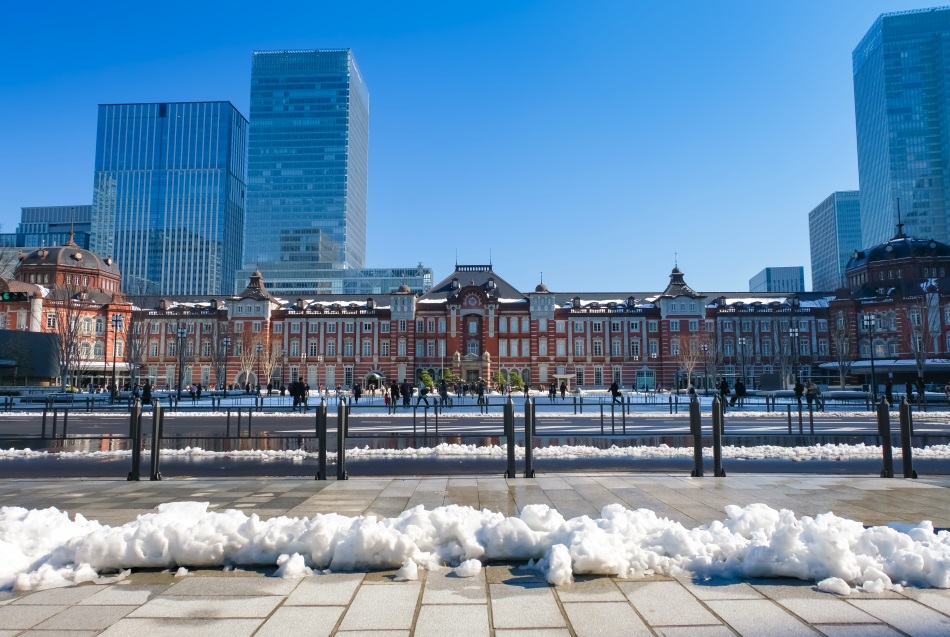 The weather remains autumnal throughout most of December, with the real cold only kicking in in January. The temperature rarely drops below 0 but tends to remain between one and ten degrees. The days are short—twilight is around 4:30 p.m.—and snow is a possibility if not an inevitability. If you'll be in Tokyo in January or February, pack some sweaters, a coat (perhaps a wool coat or a light down jacket), and accessories like gloves, scarves, and a winter hat. Heavier winter wear will probably not be necessary, unless you are planning to spend a lot of time outdoors in a more rural part of Okutama/western Tokyo. If you are looking for a warm Tokyo winter, the Ogasawara Islands—technically Tokyo's domain—remain above 15 degrees even in the coldest months. (That means that, for the rest of the year in the Ogasawaras, you'll be fine with short sleeves and maybe a light jacket.)

Annual Temperature and Precipitation for Tokyo 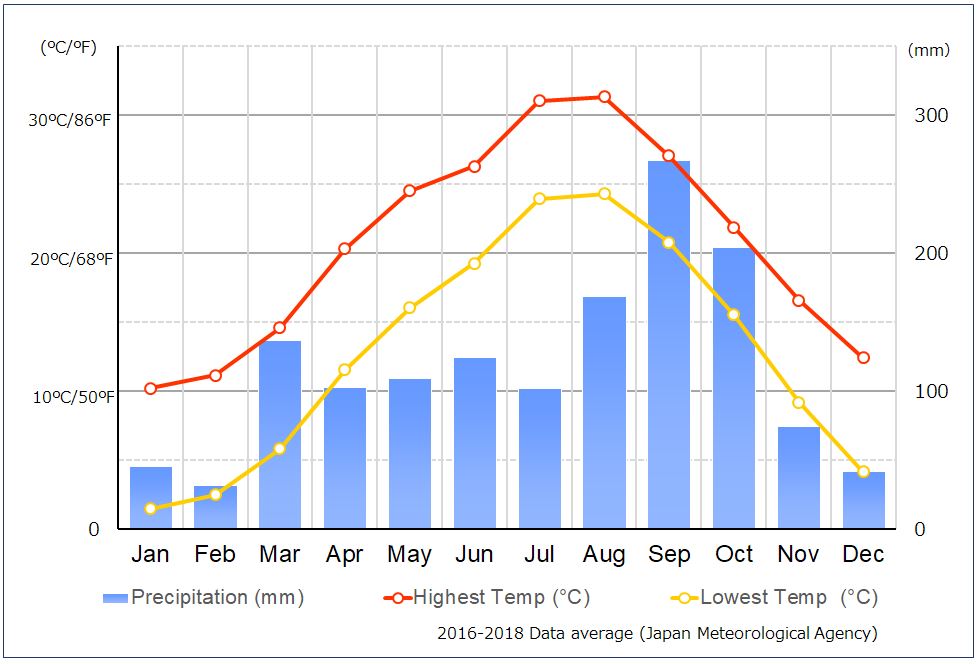 Annual Temperature and Precipitation for the Tama Area

The Tama area, on the western side of the metropolis, is slightly cooler than central Tokyo. During August, Japan’s warmest month of the year, the highest temperature is 32°C on average. January is the coldest, with average highs of 10°C on average. Rainfall is as frequent as other areas of Tokyo, with precipitation even during the driest month.

The Izu Islands stretch to the south of mainland Tokyo, with their climate getting warmer as they go. The average high temperatures of Izu Oshima, the closest island to Tokyo, are 30°C in August and 12°C in January. Hachijojima, which is further south, has average high of 31°C in August and 13°C in January. There is rain throughout the year, but June, September and October are the wettest months.

The Ogasawara Islands are even further to the south. Their climate is consistently warm, with average high temperatures of 30°C in August and 22°C in February. However, strong winds between January and March mean that a jacket is advisable at those times. There is less precipitation than the mainland, although there are rainy days in every month of the year. The islands are sometimes affected by typhoons. 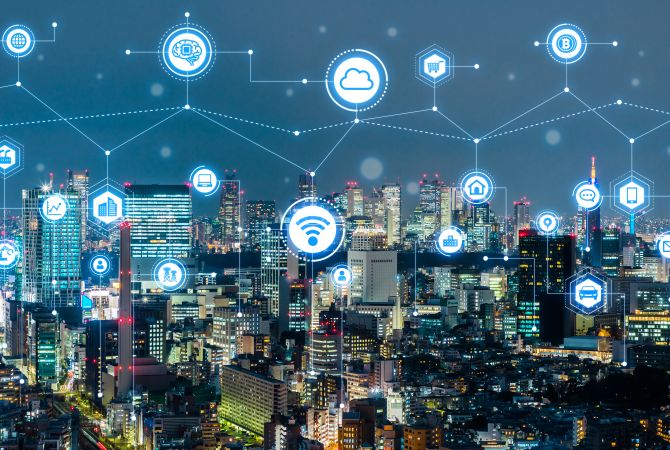 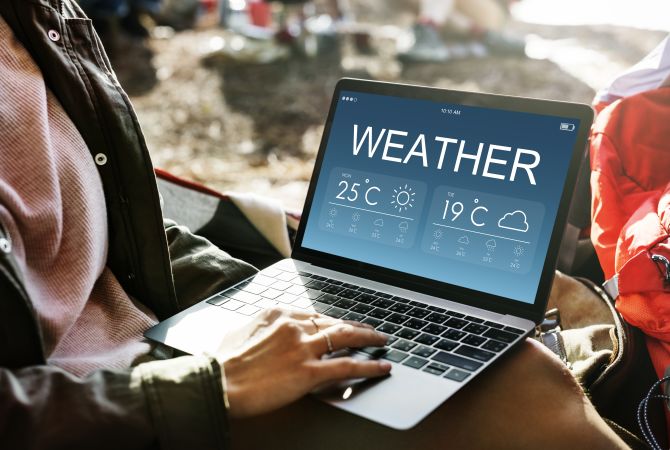 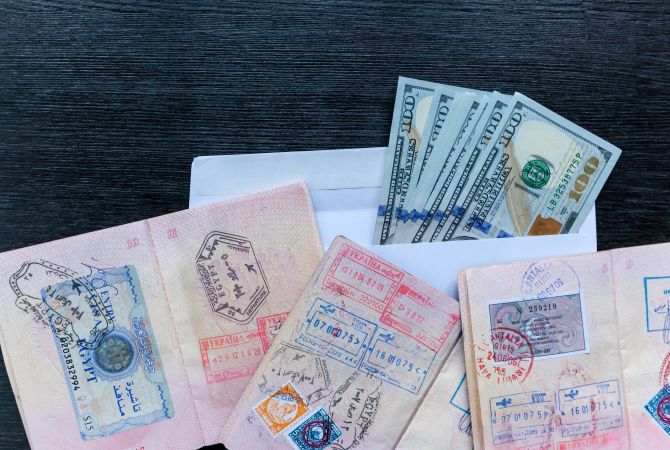 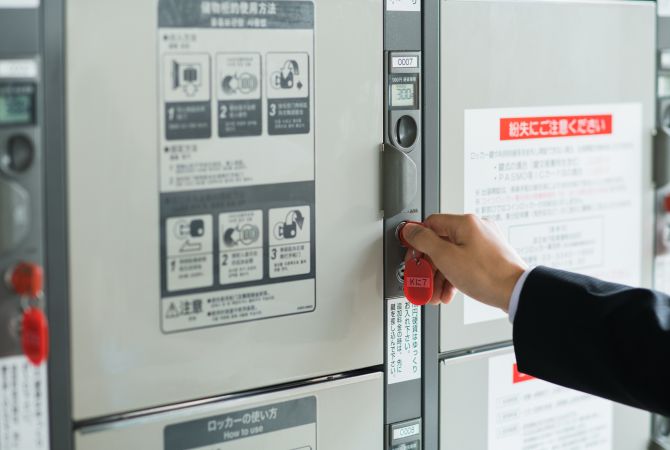 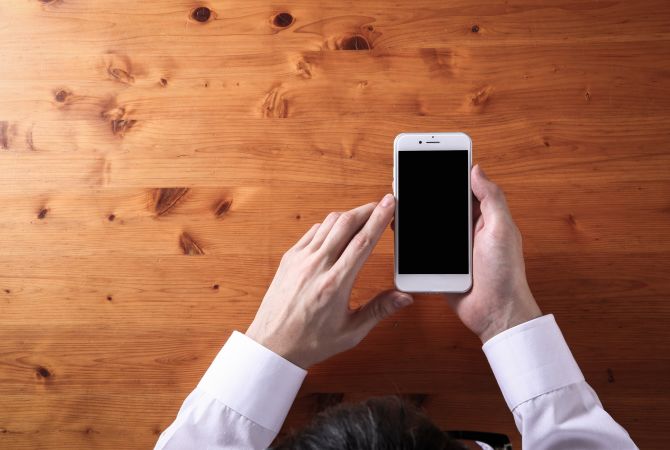