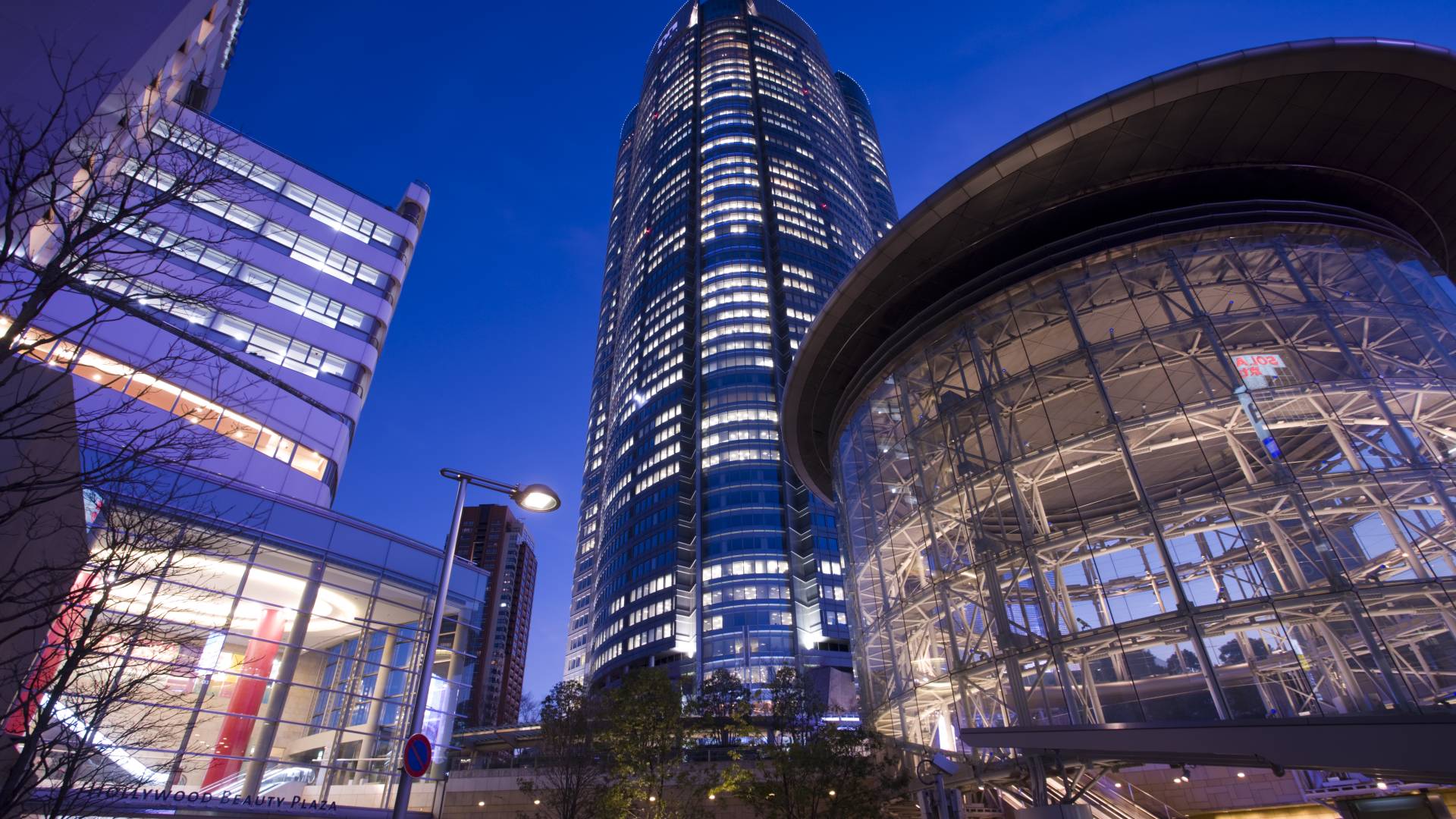 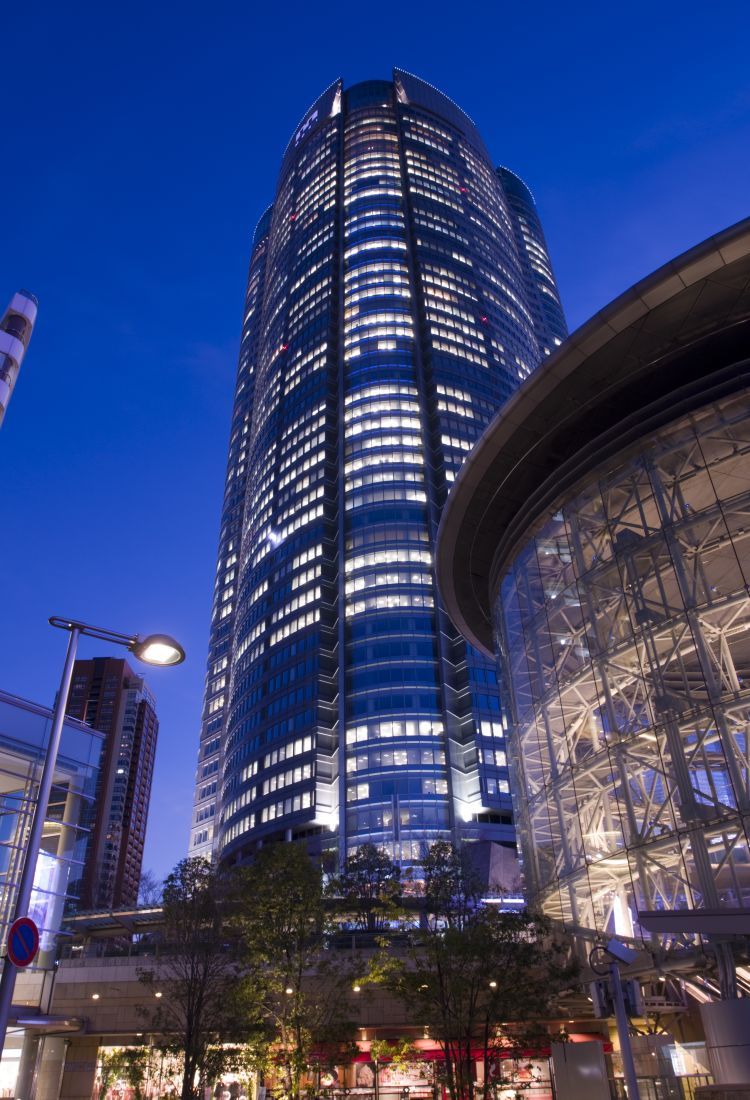 Roppongi: cosmopolitan, luxurious, and a lot of fun

These two sides of Roppongi contrast, but they do not clash. It’s cosmopolitan flavor with an exciting mix of high and low.

From Haneda Airport: Just over an hour by Limousine Bus, or 50 minutes by train.
From Narita Airport: Around two hours 20 minutes by Limousine Bus, or just over an hour by train.
From Shinjuku Station: Nine minutes on the Toei Oedo Line to Roppongi Station.
From Tokyo Station: Take Tokyo Metro Marunouchi Line to Kasumigaseki, and transfer to Tokyo Metro Hibiya Line for Roppongi Station. Travel time: 26 minutes.

Roppongi (六本木 in Japanese) is an area of central Tokyo located in Minato City. It’s right in the heart of things, close to many of Tokyo’s other most bustling areas. Meguro, Ebisu, Ginza, and the Tokyo Tower aren’t far either.

The heart of Roppongi is the famous Roppongi Crossing, a busy four-way intersection underneath an expressway for cars, which is emblazoned with two instances of the word “Roppongi” that form a sort of dynamic tunnel shape, drawing you into the excitement.

Roppongi is anchored by two huge, fantastic mixed-use developments, which sit in different corners of the neighborhood: Roppongi Hills and Tokyo Midtown. Both have some amazing food & drink, fantastic arts & culture offerings, outposts of world-famous luxury brands, and great spaces to lounge and relax.
To walk from one complex to the other takes 15-20 minutes (they are roughly 1 kilometer apart).

Roppongi Hills is a massive complex centered on the skyscraper Mori Tower, the bottom floors of which have retail and restaurants. On the higher floors, there are the Mori Art Museum and the Tokyo City View, which consists of two main parts: the indoor observation deck/observatory, and the outdoor Sky Deck on the Mori Tower’s rooftop. If you want a sweeping view of Tokyo, you can’t do much better than that! Tokyo City View stays open into the evening, so if night views are your thing, you’re in luck.

The centerpiece of Tokyo Midtown is Midtown Tower, which has the Tokyo Ritz-Carlton occupying its upper floors. You could head to the Galleria, Midtown’s main shopping area, which features a lovely Garden Terrace. Or you could check out some art (more on that below).
In the winter, make sure to stroll through the beautiful lights displays/illuminations at Roppongi Hills (Keyakizaka Illumination) and Tokyo Midtown (Midtown Christmas, featuring the Starlight Garden)

The full range of restaurants

Whatever kind of dining experience you’re after—from high-end gourmet, to casual izakaya, to a quick bite to go—Roppongi has you covered.

One great example at the high end is Sukiyabashi Jiro, the sushi restaurant made famous the world over by the movie Jiro Dreams of Sushi, and it is almost impossible to get reservations there. However, Roppongi is full of other options for fantastic Japanese cuisine—sushi, kaiseki, shabu shabu, etc.—Roppongi also has some great Western-style fine dining, like the Moon, a French restaurant on the 52nd floor of Mori Tower, and Jean-Georges Tokyo, run by—who else?—world-renowned chef Jean-Georges Vongerichten.

If you’re out late and in need of sustenance, grab a yakitori, a bowl of ramen, or a burger, or some doner kebab…

In keeping with Roppongi’s international flavor, most restaurants, both the fancy ones and the not-so-fancy ones, will be comfortable interacting with customers in English, and perhaps other language as well. And Roppongi is also home to Tokyo locations of international restaurant chains like Hard Rock Café.

The Art Triangle Roppongi is the name given to three superb museums located in Roppongi, all within walking distance of each other: the Mori Art Museum, the Suntory Museum of Art, and the National Art Center, Tokyo.

The National Art Center, Tokyo is Japan’s only national art museum that does not have a permanent collection. Instead, it holds various special exhibitions and hosts many Artist Associations’ exhibitions. The building, designed by famed architect Kisho Kurokawa with this purpose in mind, has a massive exhibition space, one of the largest in the country.

The Suntory Museum of Art (closed for renovation until May 12, 2020) located on the 3rd floor of Tokyo Midtown, and it boasts an impressive collection of Japanese artwork and traditional crafts. There is also the must-see architecture by Kengo Kuma.

The Mori Art Museum is found on the top floor of Roppongi Hills Mori Tower. Its focus is on contemporary art from Japan and Asia, although it has featured artists from around the globe. It puts on world-class special exhibitions year-round.

If you’re in town at the right time of year, one can’t-miss art event is Roppongi Art Night. It typically runs from a Saturday morning to a Sunday afternoon in late May, and the festivities go all night. It’s a one-night extravaganza that’s all about making art more fun!

If you’re shopping in Roppongi, you’ll find a mix of high-end luxury and unpretentious fun. You could start by perusing the luxury offerings at Roppongi Hills, then head to the Don Quijote Roppongi, the iconic Japanese department store filled from floor to ceiling with an incredible variety of goods at rock-bottom prices.

After the sun sets, the wild side of Roppongi comes alive. Its reputation as an area full of great nightlife precedes itself. If you’re looking for a big night out in Tokyo, you’re in the right place. Sip on a craft beer or a nice glass of wine, do a few rounds of shots, or dance all night and into the morning—you’ve got a huge range of bars and clubs to pick from.