Over the years, washoku, or traditional Japanese cuisine, has gained international recognition for its subtle but diverse flavors, as well as aesthetics. Washoku has such a long, rich history that UNESCO listed it as Intangible Cultural Heritage in 2013.
Washoku's defining characteristic is seasonality—ingredients are chosen to match and to celebrate the season or occasion. As it is rooted in the concept of ichiju-sansai (one soup, three dishes), a typical meal is a balanced, healthy combination of rice, soup, meat and/or seafood, and vegetables.
Due to globalization and changing times, Japanese cuisine as we know it today has evolved to cover not only washoku, but also yoshoku (Japanese adaptations of foreign food) such as curry and omurice ("omelet rice," or rice wrapped in an omelet). Even washoku itself now denotes a broad range of food, from the high-end kaiseki (multi-course fine dining), to home cooking, to unpretentiously delicious street food such as takoyaki (octopus balls) and okonomiyaki (a savory Japanese pancake).

Fish and shellfish are staples of the traditional Japanese diet. Sushi (vinegared rice, usually topped with raw fish) and sashimi (sliced raw fish) are key elements of Japanese culinary identity.
Meat consumption became common in the Meiji era (1868-1912). Today, you can take your pick from numerous meat dishes. Going out for yakiniku (grilled meat) is one popular choice, and wagyu (Japanese beef) is highly acclaimed for its marbling and incredibly soft texture.
From Skipjack to Salmon—A Guide to Eating Sushi in Tokyo 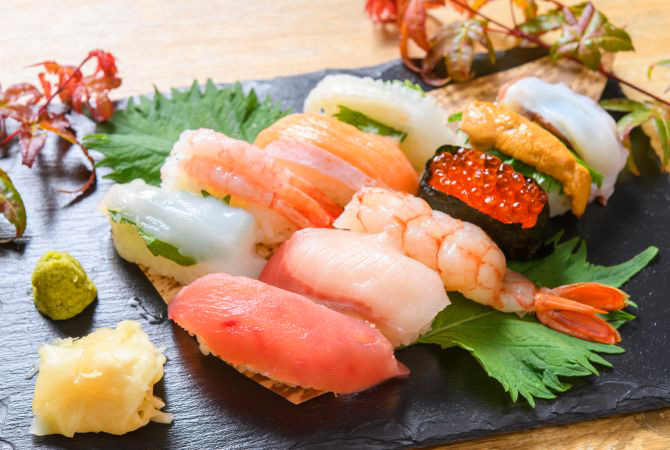 From onigiri (also known as "omusubi") rice balls to donburi (rice bowls), you'll find rice in countless dishes (and even sweets!). It's a testament to this grain's fundamental role in Japanese cuisine.
Noodles are another staple. Soba (thin buckwheat noodles) and udon (thick flour noodles) make for cheap, filling meals for busy students and office workers. And ramen, despite its Chinese origins, is now distinctly Japanese.
Oodles of Noodles—A Guide to Eating Ramen in Tokyo

On a cold day, there's nothing like hot soup to warm you up. Aside from the familiar miso (soybean paste) soup, served to accompany a meal, there are also one-pot dishes known as nabemono. Shabu-shabu—vegetables and thinly sliced meat boiled in a pot and dipped in a sauce—is one example. Through hot-pot parties, these dishes also bring people together. You too can experience a nabe party for yourself at some hostels and cooking workshops.

A feast for the eyes and the palate, wagashi—traditional Japanese sweets—are often beautifully and finely designed. At tea ceremonies, these sweets are served to balance the bitterness of matcha green tea.
Examples of wagashi include mochi rice cakes; dango, which are rice-flour dumplings; and konpeito, candy shaped like tiny flowers.

Each of Japan's 47 prefectures has its own specialties, and Tokyo is no exception.
Some unique dishes that originated in Tokyo are monjayaki, a dish with many different fillings made with a thin, runny batter; Fukagawa meshi, which consists of clams, rice, and leeks; and chanko nabe, a heavy, hearty stew that sumo wrestlers eat in large quantities to bulk up.
Tokyo Local Food 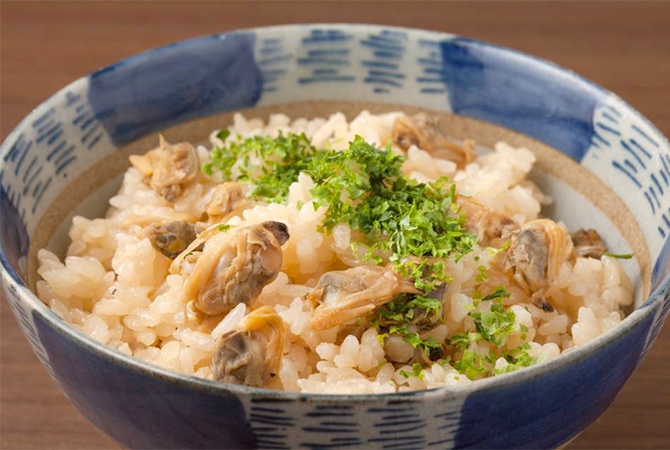