Sakura - where, when, and how to enjoy Japanese cherry blossoms

A cherry blossom is the flower from a Prunus tree, of which there are many different kinds. Species cherry blossoms are found throughout the world being especially common in regions in the Northern Hemisphere with temperate climates, including Japan, China, and Korea, as well as Nepal, India, Pakistan, Iran, and Afghanistan, and several areas across northern Europe.
Japan is particularly famous for its cherry blossom due its large number of varieties and the nationwide celebrations during the blooming season. As the buds burst open in parks and streets across the country, people throw picnic and hanami (flower viewing) parties to appreciate the transient beauty of the flowers and welcome in the warmer weather. Cherry blossoms in Japanese are known as sakura and it would not be an exaggeration to say they are a national obsession. 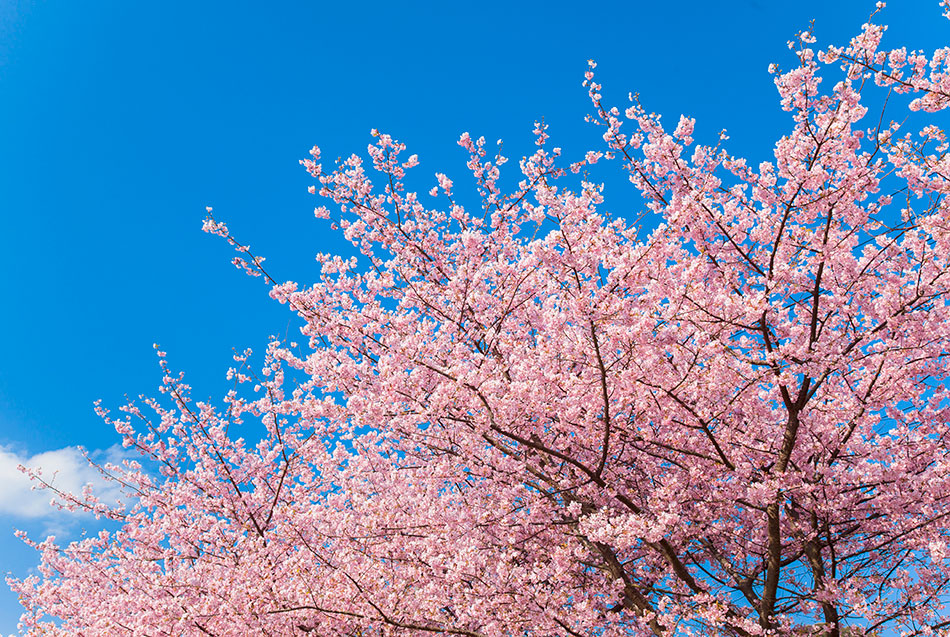 Different varieties of cherry blossoms bloom at different times, but most hit their peak in Tokyo at the end of March to the beginning of April. During this season, the atmosphere changes. Just like spring brings the promise of new life and new beginnings, the soft scent of blossom brings a vibrancy and optimism to the streets. The blossoms become a topic of everyday conversation and it is common to see people transfixed in the street, photographing a tree in bloom from many different angles. Products and decorations in stores become pink, flowery shapes and sakura-flavored sweets and drinks adorn menus – the Starbucks sakura-themed drinks have an almost cult-like following!
Cherry blossom festivals are held in many parks and castle grounds across Japan, but their beauty is also celebrated in countries worldwide. Appearing in everything from traditional art and paintings to making a popular choice for wallpapers and even tattoos, these delicate, transient flowers have captured people’s hearts and imagination. 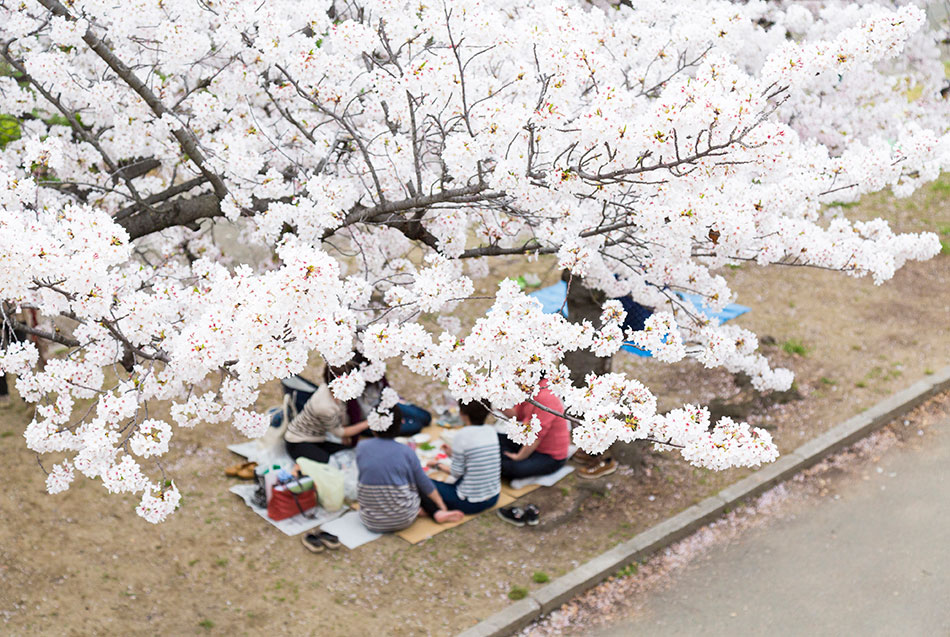 Where can you find sakura trees?

The most common species of cherry blossom in Japan is the “Somei-yoshino” or Yoshino cherry, a hybrid between two other species. It is known for its almost entirely white petals tinged with the faintest of pinks. It is often planted along rivers or castle moats, forming a tunnel of shimmering pale shades that reflect off the water. You can also find them around parks and schools.
Another beautiful variety is the Kawazu-zakura, commonly found in the Kawazu area in the southern part of Izu Peninsula, just over 2-and-a-half hours from Tokyo by train. These blossoms are a stronger shade of pink that Somei-Yoshino and they bloom around a month earlier, usually from later February to early March. Kawazu-zakura Cherry Blossoms Festival is a spectacular sight that attracts around one million people every year.
However, if you’re not visiting in spring, there still are blossoms to be found. The shikizakura, literally “four season sakura,” blooms twice a year and is a popular sight in Aichi Prefecture where in autumn you can admire the contrast of the vibrant red leaves and delicate pink flowers at the same time.
For those wanting to raise their very own sakura, it has become popular to buy a tree, plant it and raise it yourself, with home centers such as Home Depot in the United States selling ready-to-plant trees for budding botanists. In Japan, you can even find exquisitely shaped cherry blossom bonsai, miniature trees that beautifully combine two symbols of Japanese culture in one.

The meaning and symbolism of cherry blossom

The cherry blossom aesthetic is one of the most prominent images throughout Japanese culture. You will spy the design everywhere, from dreamy landscapes in ukiyo-e wood block prints or delicate designs on painted on byobu traditional folding screens, to decorations on everyday consumer items like bento lunch boxes, not to mention common appearances in modern art, manga and anime.
These delicate flowers have inspired countless quotes dedicated to the beauty they bring to the landscape and to encapsulate the admiration of people who enjoy them every spring. Take, for example, the striking words of Ikkyu (1394 – 1481), a Japanese Zen Buddhist monk and poet: “Break open a cherry tree and there are no flowers; but the spring breeze brings forth myriad blossoms.”
One of the reasons for the popularity of cherry blossom lies in their symbolism. They are said to be like clouds as they bloom all at once and hang above the trees as if to shroud them in mist. Then – just like clouds – they suddenly disappear. Through this, they have come to symbolize ephemerality or transient nature of life. This reflects a longstanding of Buddhist concept in Japanese culture known as “mono no aware,” or roughly, “the pathos of things,” which recognizes both the beauty and mortality inherent in life.

Cherry blossoms bloom at different times depending on the area, but in general they are associated with late March and early April. This is the end of the school year and the beginning, a time where students might graduate and start the work force. It is a time associated with the end of one chapter, and the opening of the next. In Japanese, the word “natsukashi” reflects a kind of nostalgia tinged with both happiness and sadness. Given the timing of their blooming, cherry blossoms also embody this sense of nostalgia for many Japanese. 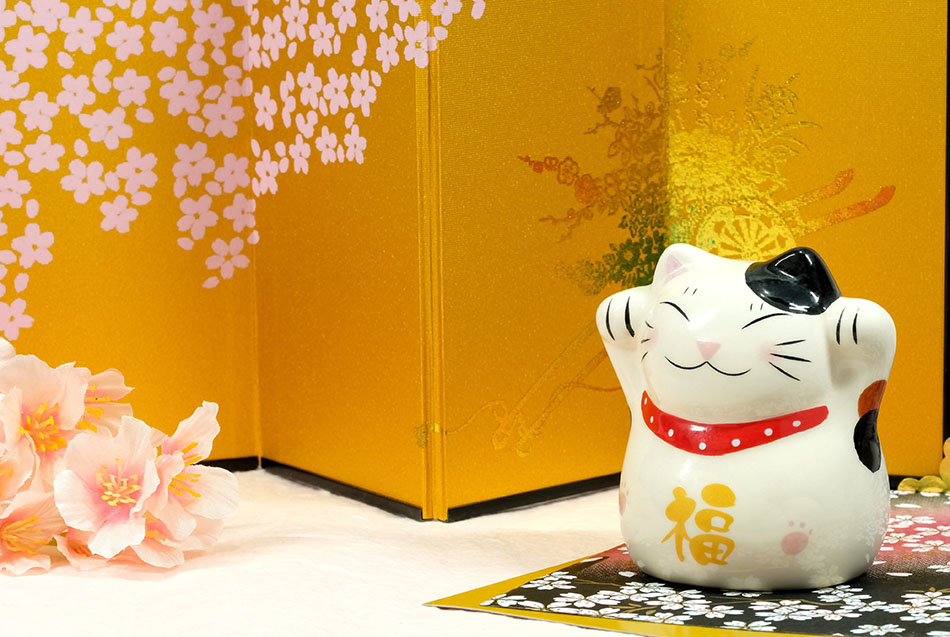 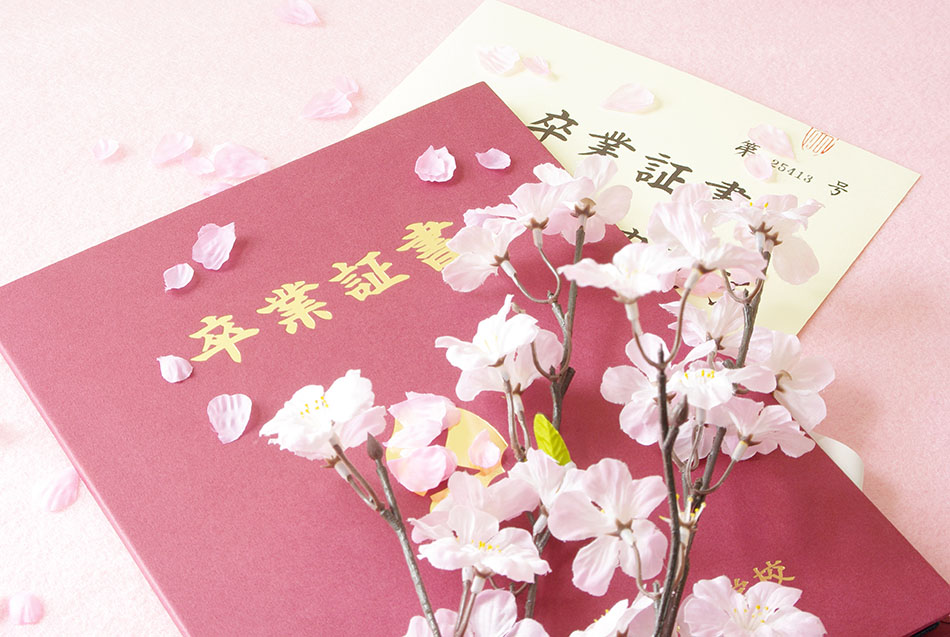 Admiring and celebrating cherry blossoms are a national pastime in Japan, with forecasts for their blooming in Tokyo and other cities on the main island of Honshu coming out as early as January. There will be fervent discussions about where to see the blossoms, from popular spots to secret sites. Friends, classmates and colleagues alike will organize viewing parties to appreciate the blossoms and have a relaxing time to welcome in spring.

Cherry blossom season in Japan is generally said to be late March to April, but given the geographical scope of the country, the blooming period actually covers around 4 months!
In the subtropical islands of Okinawa in the south, cherry blossoms begin blooming in mid-January, with the best viewing time around early February.

Next, the southern cities of Kagoshima, Kumamoto and even Fukuoka on Kyushu start to bloom during the last week of March, with peak bloom in early April.
Moving northwards up to Kansai, where you’ll find Osaka, Kyoto and Nara, blossoms open as March turns to April.
For Tokyo and Yokohama, flowering tends to begin in the last few days of March with full bloom in the first week of April.
The northern cities in Tohoku break into bloom well into April, with Hirosaki on the northern tip of Honshu starting to bloom and peak in the last week of the month.

Of course, the northern island of Hokkaido comes last. Flowering usually begins in the first week of May in the cities of Sapporo and Hakodate, with peak bloom just a few a days later.

To welcome in the spring, or perhaps sometimes just an excuse for a good party, hanami (literally “flower-viewing“) parties are held across Japan. These are often informal gatherings between friends and families, but companies also hold their own celebrations, often in parks near their offices. These normally involve selecting a spot with a large concentration of sakura trees for a picnic – in Tokyo, Yoyogi Park is a highly popular place with people going very early to reserve their spot. Usually, a blue plastic sheet is used as a mat. Everyone takes off their shoes and gets comfy for a long time sitting under the blossom. People bring their own food and drink to share with the group. Sakura-themed bento lunch boxes are also popular, with blossom-shaped food or pink decorations. It is also common to eat sakura mochi – a rice cake wrapped in the leaf of a sakura tree.
In many towns, cherry blossom festivals are also held, and night-time light-ups create an ethereal atmosphere as the delicate blossoms shine through the gloom. Sakura are traditionally planted in castle grounds, and crowds flock to take a picture of the delicate blossoms and white castle against the bright blue sky, or the dappled pink reflections in the castle moat. Hirosaki Cherry Blossom Festival in Aomori is particularly famous, attracting over 2 million visitors, and gaining recognition as one of Japan’s Top 100 Cherry Blossom Viewing Sites and one of Japan’s Top 100 Sights of People and Nature. In Tokyo, the canal in Nakameguro becomes an enchanted waterway as the reflections of the blossoms and the lantern shimmer like magic.

If you are able to visit Japan during cherry blossom season, it is an opportunity not to be missed and will make an unforgettable trip. 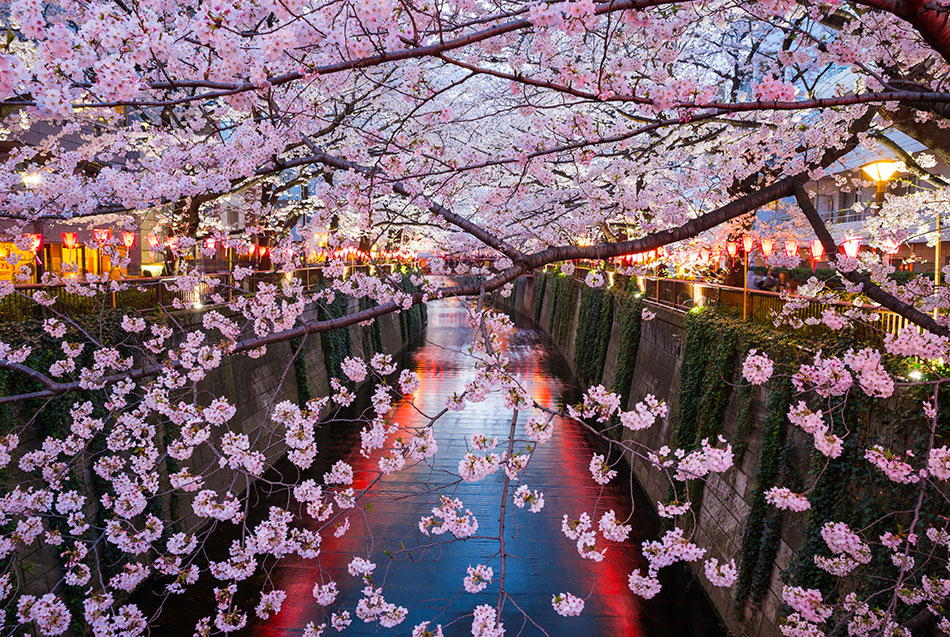