A guide to the Tokyo Imperial Palace: history & how to tour

Tokyo Imperial Palace and its beautiful gardens are a world away from the hustle bustle of the city. Just a 10-minute walk from Tokyo Station and the high-rise Marunouchi financial district, this calm green oasis covers an impressive 1.15 square kilometres in the central Chiyoda Ward. Built on the site of the former Edo Castle, the palace became the permanent home of the Imperial Family in 1869. While you can’t go inside, except on rare special occasions that let you glimpse the interior, the surrounding manicured lawns, topiary trees and meticulously maintained gardens are not only visually enchanting but give a good idea of what being royalty is all about.

For over 250 years, Japan was ruled by the Tokugawa shogun during what was known as the Edo Period – Edo being the old name for Tokyo. The current Imperial Palace, known as Kokyo in Japanese, sits on the former site of Edo Castle. However, in 1868, the shogunate was overthrown, and Japan’s capital was moved from Kyoto to Tokyo, with the Imperial Residence moving with it. The palace was destroyed during the Second World War but rebuilt in a similar style afterwards. 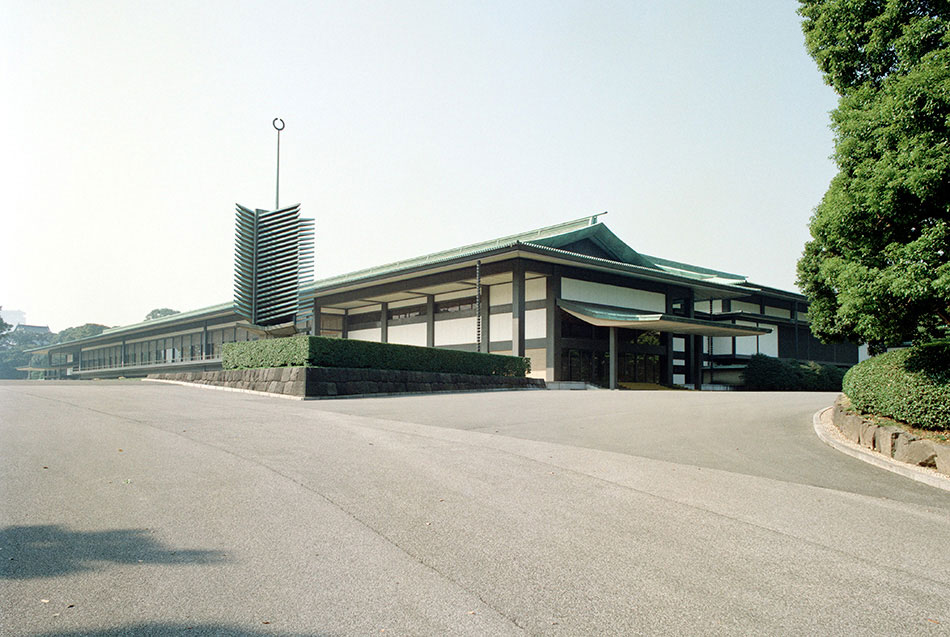 You can call by the site of the Imperial Palace any time –its perimeter is a popular jogging route and the East Gardens are open to the public year-round. However, to make the most of your visit and get a good historical overview, put on some comfortable shoes and take a walking tour.

Check the Imperial Palace’s official website for a map of the grounds.

Some part of the inner palace grounds can only be viewed on a tour, which is held in English and Japanese, twice daily, Tuesday thru Saturday. While same-day tickets are available, you can easily skip the queues by making an advance reservation for a ticket through contacting the Imperial Household Agency. The tour is open and distributed from 9:00 for the morning tour starting at 10:00, and 12:30 for the afternoon tour starting at 13:30. The 75-minute tour meets at Kikyomon Gate. Although it won’t take you inside the palace, you will get the chance to see historical and beautiful sites such as the Mt. Fuji-view Keep and the Lotus Moat, and, of course, you will cross over the famous Nijyu Bridge, considered a symbol of the palace and even Tokyo itself. 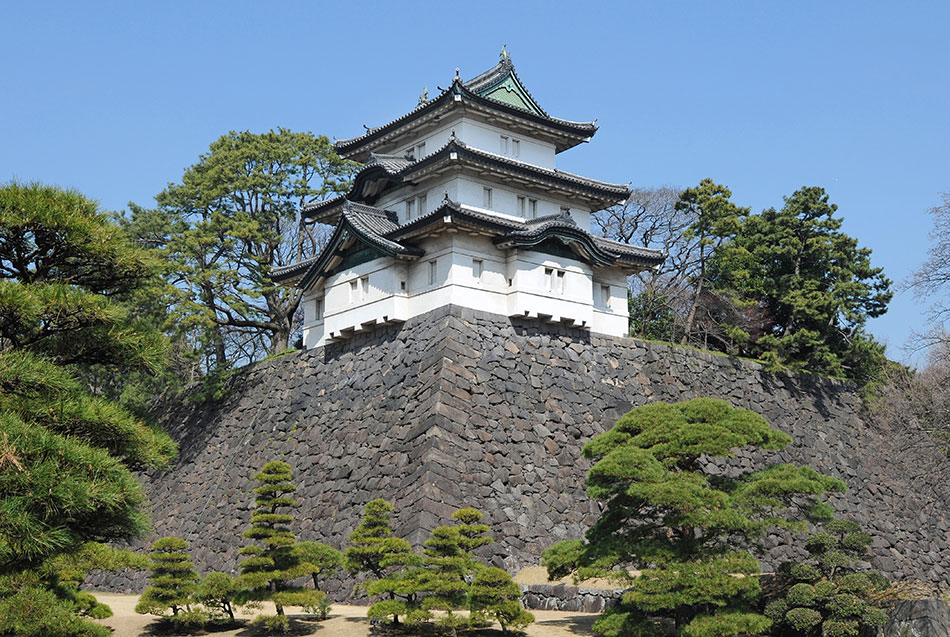 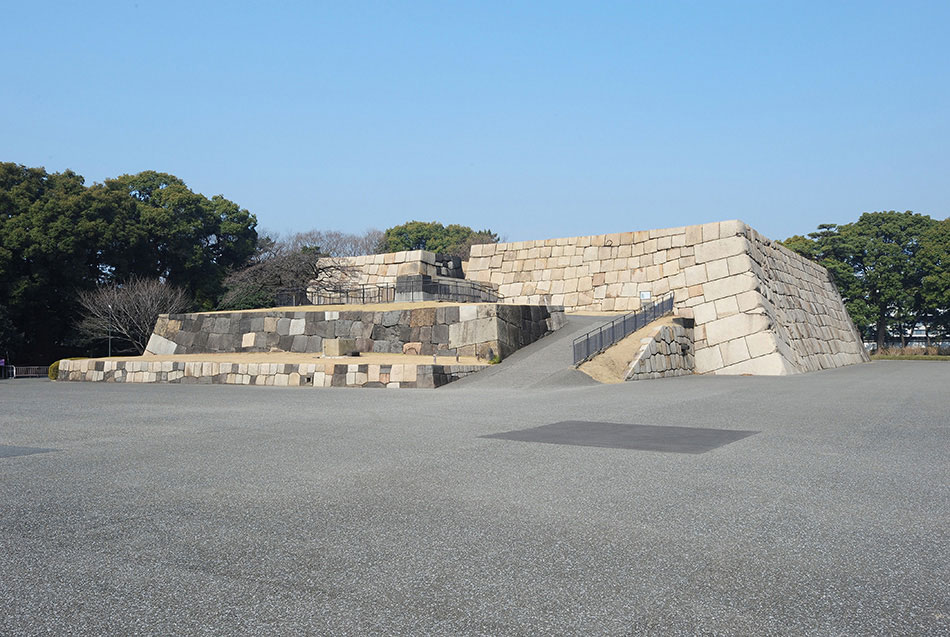 Open daily except Mondays, Fridays and designated holidays, these beautiful Japanese gardens are free to the public and especially popular for their dazzling cherry blossoms during the spring and their vibrant autumn foliage later in the year. Take a stroll for a glimpse into the area’s history as the former site of Edo Castle-you can view and climb the foundation of a castle tower that burned down over 350 years ago. Also stop by the Museum of the Imperial Collections. 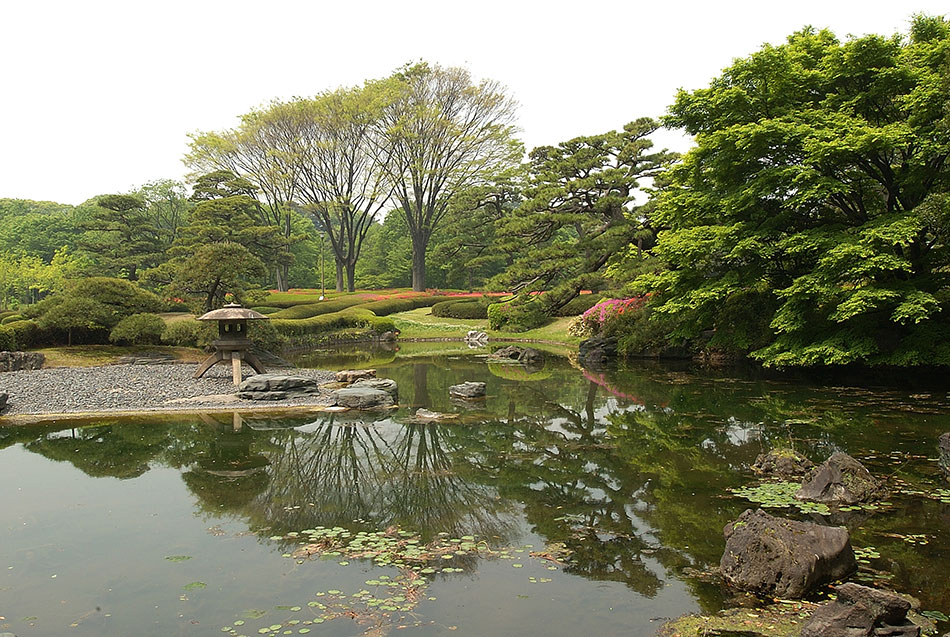 Since the Imperial Palace is the main residence of the Imperial Family, it is fairly understandable that they can’t welcome visitors all year round. But there are two days a year when you catch a glimpse of them up close. As part of a New Year celebration, on January 2nd, the grounds of the Imperial Palace are open to the general public. Large crowds gather in the square in front of the Chowaden Reception Hall where the Imperial Family make five scheduled public appearances from morning to early afternoon. Due to the large crowds, leave your bags behind and wear comfortable shoes. It may take more than two hours to get to the Main Gate from the Front Plaza of the Imperial Palace due to a large turnout so make sure to arrive well in advance.

The other opportunity to get up close to the Imperial Palace is on the date of the current Emperor’s birthday-February 23rd. The Imperial Family will make three appearances and you can also sign the Greeting Book.

Hotels near the Imperial Palace

Sitting truly in the heart of Tokyo and with great access to the city, there are plenty of hotels around the Imperial Palace. Imperial Hotel Tokyo is a luxurious hotel that has won 5 stars on the hotel information website "five Star Alliance". It opened in 1890 in order to accommodate an influx of distinguished international visitors.

The Forbes Travel Guide five-star Palace Hotel Tokyo is also known for its perspective on the city and a singular, moat-side setting just opposite the Imperial Palace gardens.

For more mid-range and budget accommodation, take a look in the Hanzomon area on the western edge of the palace grounds or around Kudanshita to the north.