Tokyo, where an intense battle unfolded on the Tokyo 2020 Paralympic Marathon Course. The city's flow from historic townscapes—existing from the Edo period—to state-of-the-art technology fascinated people from around the world.
Looking at such beautiful townscapes must also make a lot of you want to run and race through them!
Showcased below are running and cycling courses around the Tokyo 2020 Paralympic Course, along with easy-to-use running and biking stations.

The Imperial Palace area: A mecca for runners in Japan

The Imperial Palace area is one of the most famous among Tokyo's running courses. As Tokyo Station is nearby, along with many running stations and bicycle rental shops, it's convenient to run there. 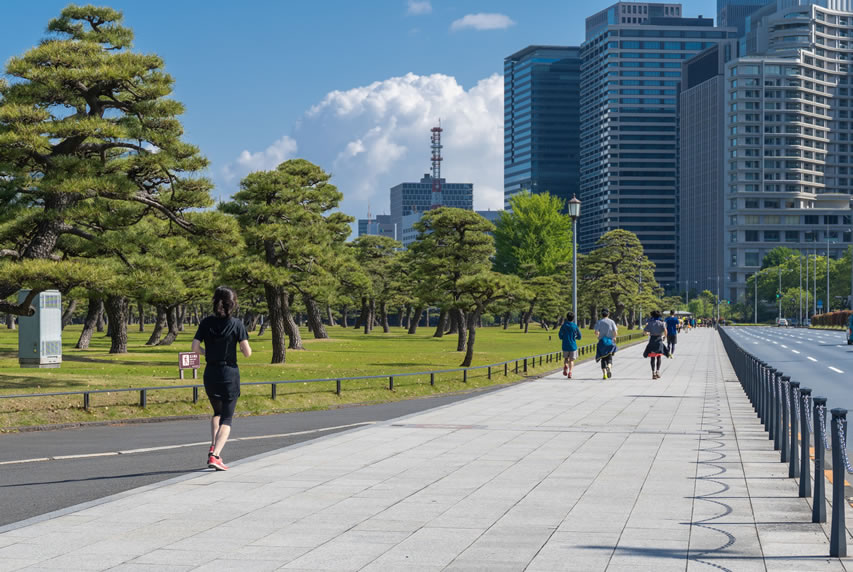 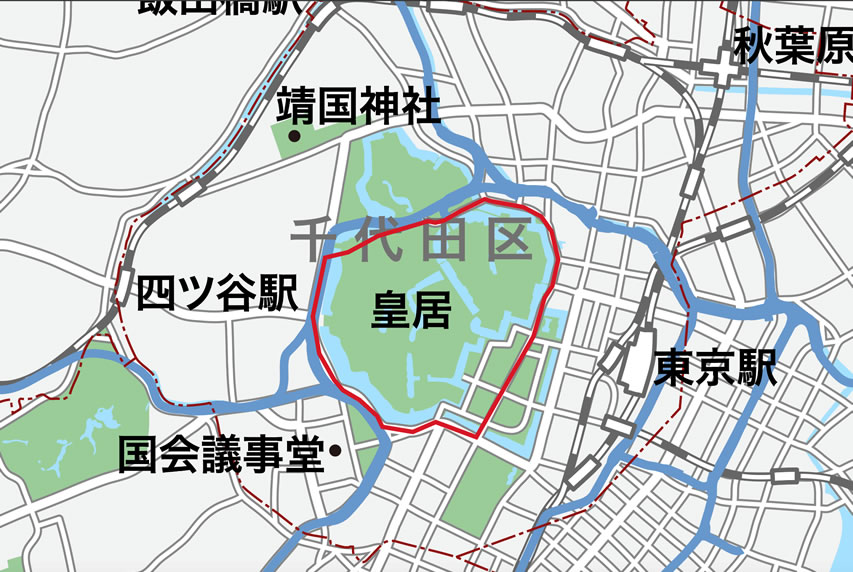 This classic spot is about 5 km per lap and allows many people to enjoy a run—including those going to and coming from work. Thus, there are several running stations nearby that allow runners to safely change clothes and take showers. All you need for a comfortable run is clothing and shoes that allow you to move freely.
You can also have fun cycling there, as there are bicycle rental spots nearby. 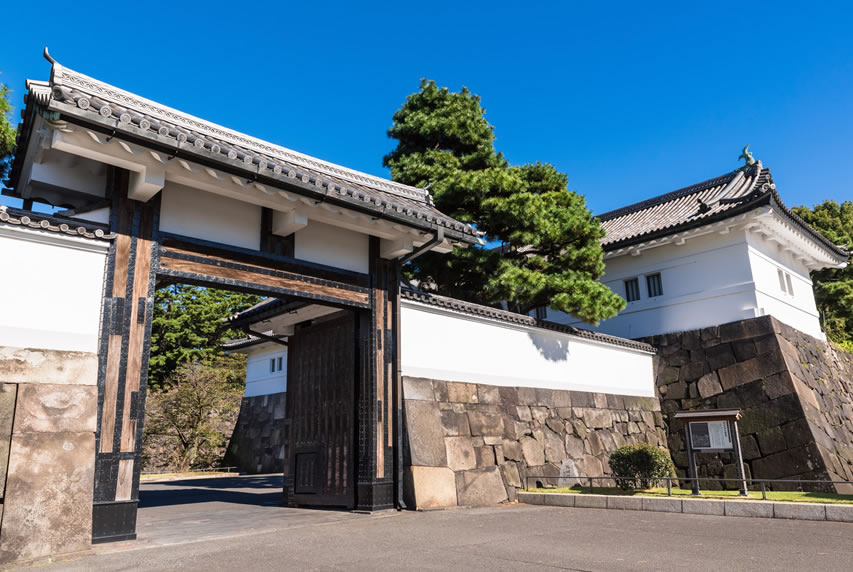 The Sakurada-mon Gate was the stage for a major turning point in Japanese history (the Sakuradamon Incident) and was built as one of the gates in Edo Castle's inner moat. It has been designated as one of the country's Important Cultural Properties. 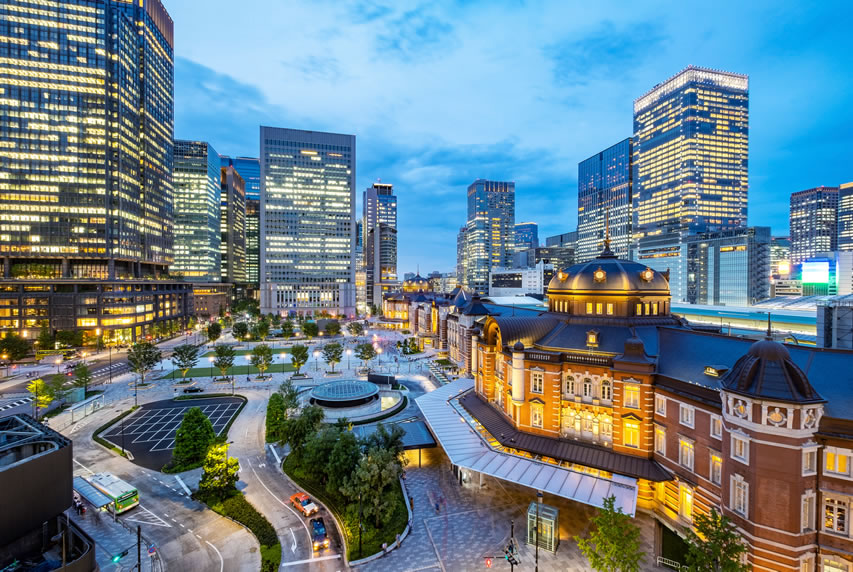 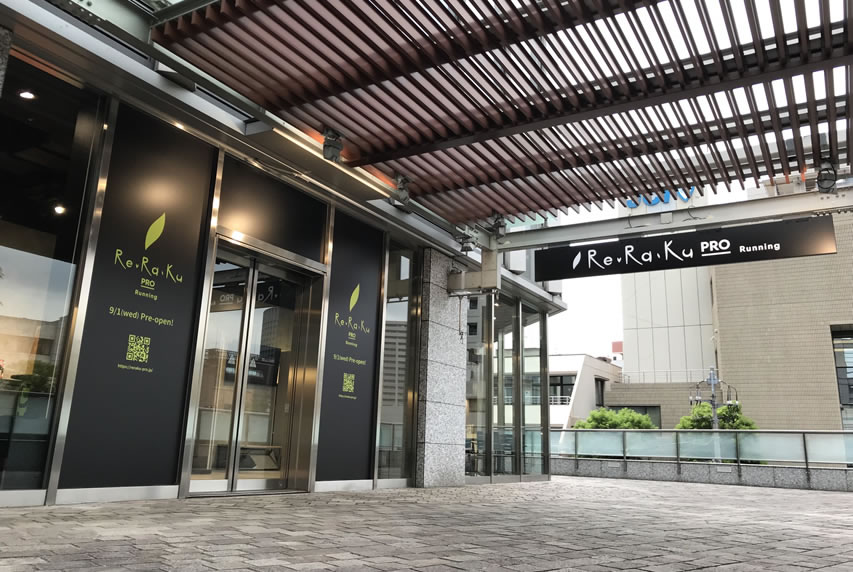 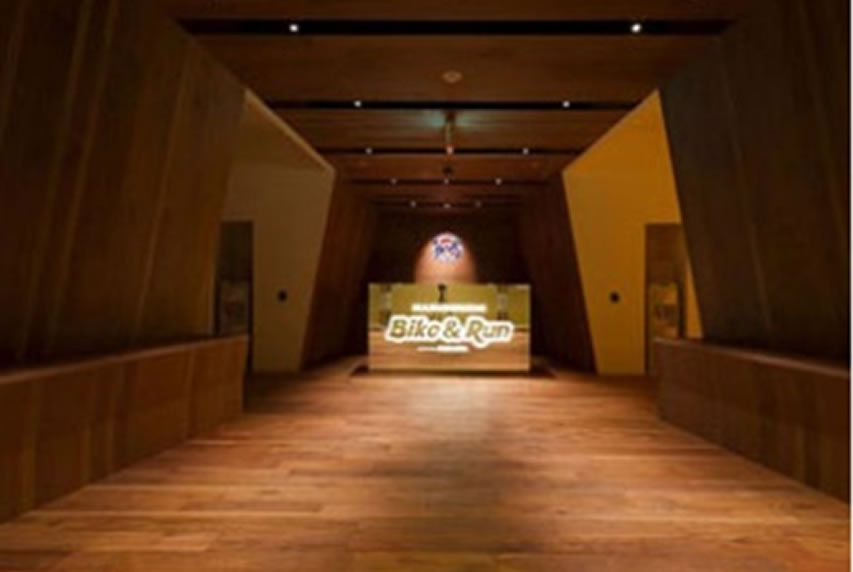 Race through Shitamachi: From Sensoji Temple's Kaminarimon Gate to Nihonbashi

You can enjoy the transition from Shitamachi to the urban area on this course within the Tokyo 2020 Paralympic Marathon Course that's around 5 km. Pass through the townscape of Asakusa, rich with Shitamachi spirit, with the Skytree in the background. Continue through Kuramae—which has been gaining attention as the Brooklyn of Japan in recent years—and go toward Nihonbashi: transportation's starting point. 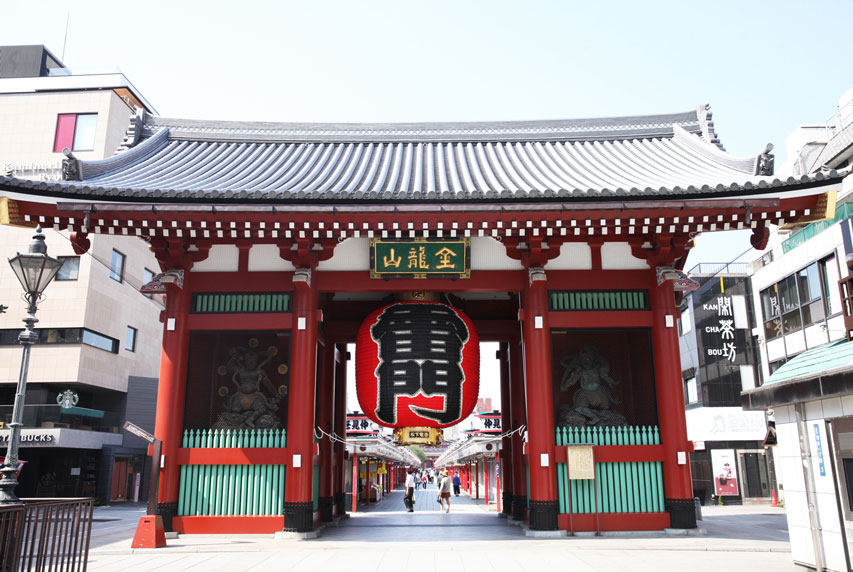 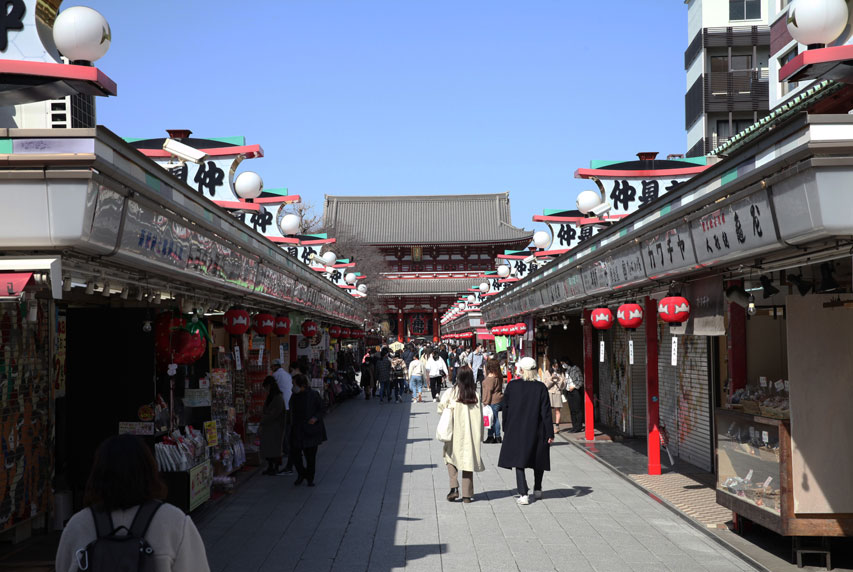 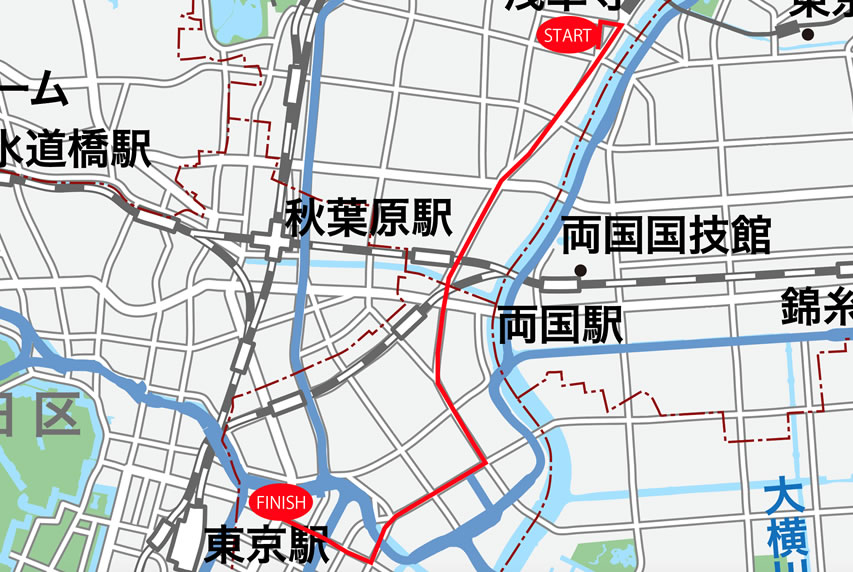 Sensoji Temple is the oldest temple in Tokyo and was likely founded during the Asuka period. Upon passing through Kaminarimon Gate, you can find Nakamise Shopping Street: a street around 250 m long and lined with souvenir and confectionery shops. You can experience good old-fashioned Tokyo there, rich with Shitamachi spirit.

Although the Kuramae area has a strong Shitamachi feel, cafes and general stores have popped up in recent years. The area is popular with young people and referred to as the Brooklyn of Japan. You can enjoy the stylish scenery that looks like it'd be popular on social media. 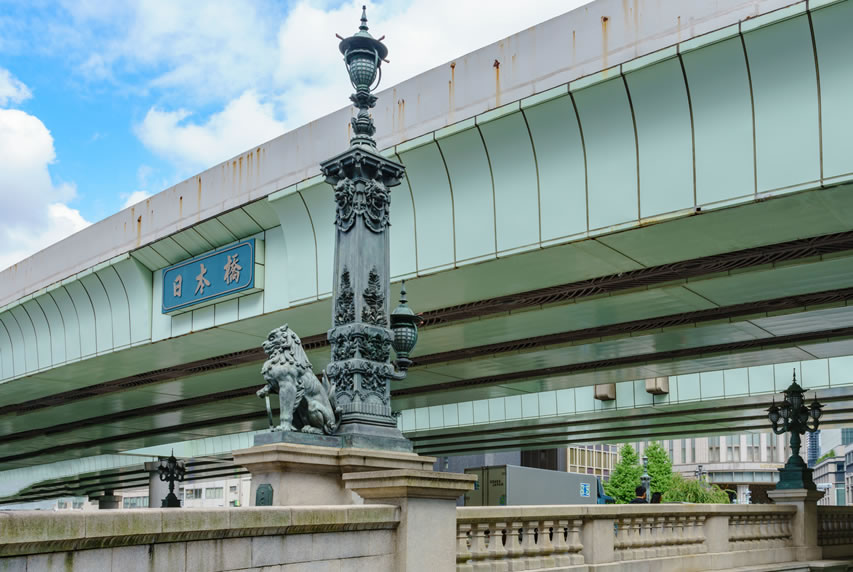 Nihonbashi was the starting point of Japan's Five Routes and has long been a major transportation hub, and it contains many long-standing department stores representative of Japan. Large-scale redevelopment has also been carried out in recent years within the Nihonbashi Revitalization Plan, and it has become a vital center for new hot spots like COREDO Nihonbashi.

Running station in the Asakusa area 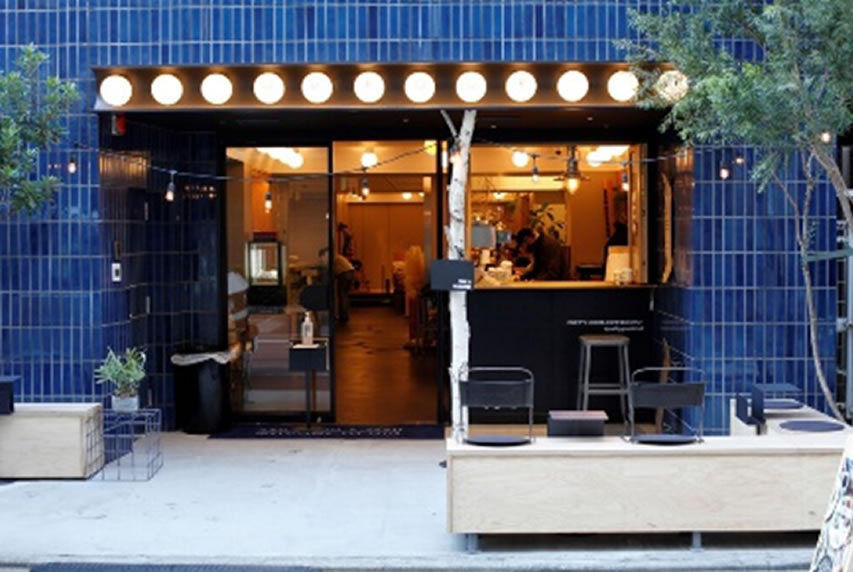 Dash through Future City Tokyo: From Ginza to Zojoji Temple

This is a futuristic section of the Tokyo 2020 Paralympic Marathon Course that races between skyscrapers. The course starts from Ginza (a central area for shopping and business), passes through Shinbashi, and goes all the way to Zojoji Temple at the base of Tokyo Tower. The landscape continually changes with the area's unique building designs and stylish shops. 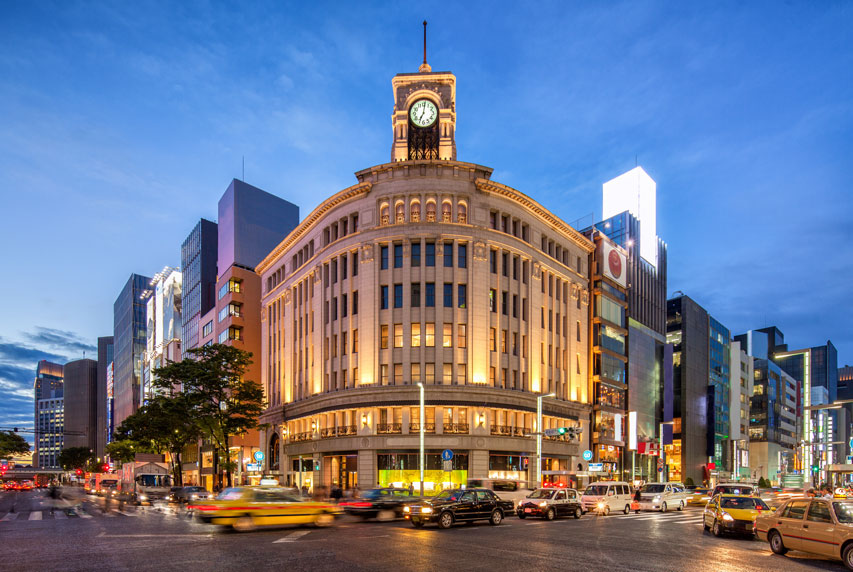 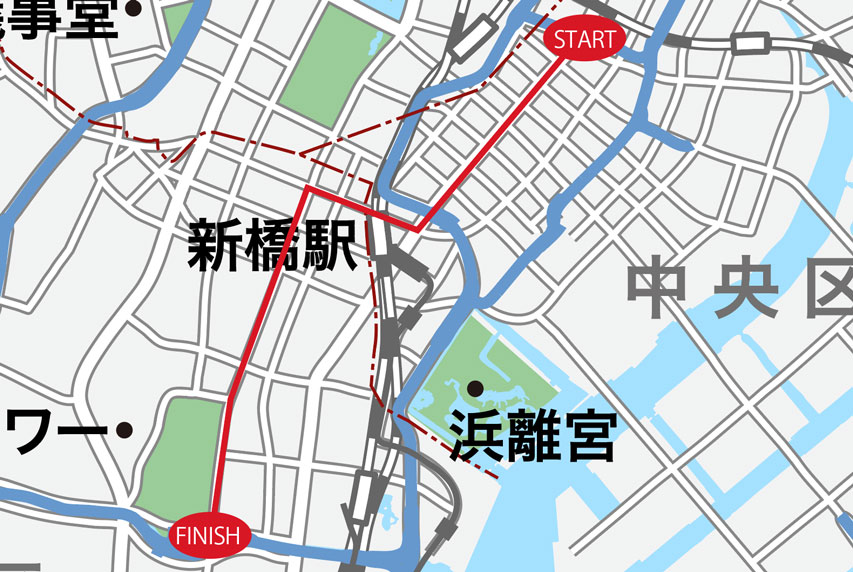 The Kabukiza Tower was completed in 2013 and is a new Ginza landmark, combining a base of traditional Japanese aesthetic tradition with state-of-the-art office space. Inside, you can enjoy kabuki performances daily and have an experience different from your everyday life.

Zojoji Temple has 600 years of history and a deep connection to the Tokugawa family. It is dedicated to six shoguns, including the second: Hidetada. The temple grounds command a spectacular view of Tokyo Tower, which also makes the area a popular photo spot.

Running station in the Ginza area 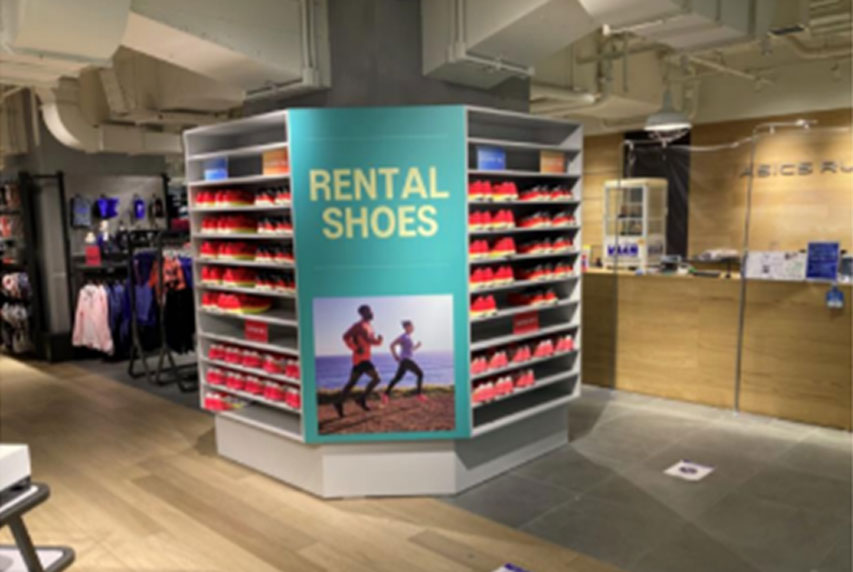 Jingu Gaien: A classic, easy-to-run course, even for beginners

This is a course consisting of around 1.3 km of Jingu Gaien that runs around the Tokyo 2020 Games' main stadium: the National Stadium.
You can feel like a top athlete when running on this course that was broadcasted numerous times. It's is also very popular among running and cycling beginners as it has few elevation changes and is easy to run on. 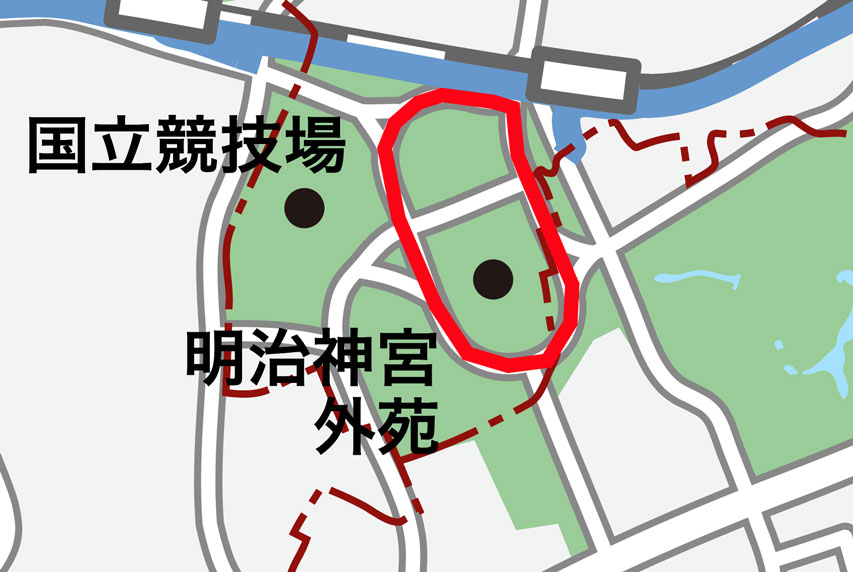 The tree-lined street running from Aoyama-dori to Meiji Jingu Gaien has 146 ginkgo trees planted along it, and they turn a golden color in autumn. This beautiful landscape is a famous stage for films, dramas, and more, and it delights the eyes of many visitors every year. 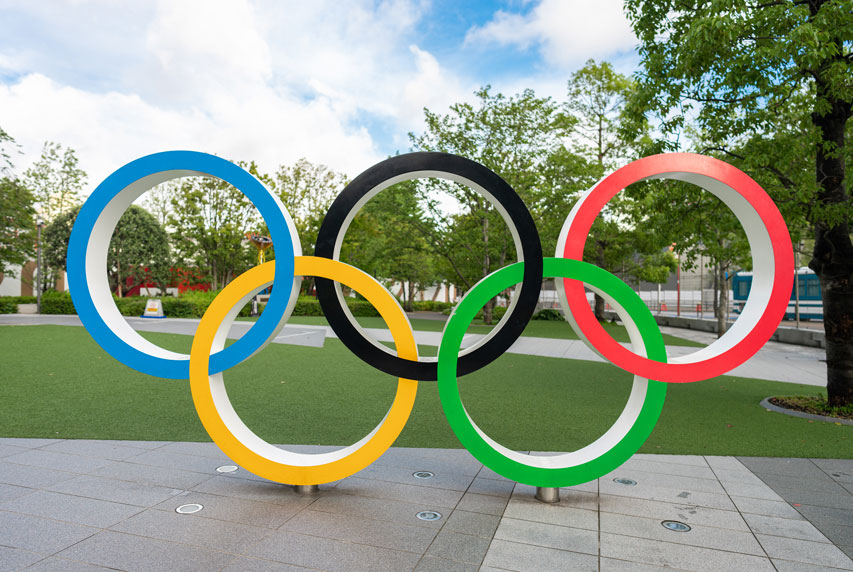 You can see the Olympic symbol monument that became the symbol of the Tokyo 2020 Games, along with various exhibits and more related to the Olympic Games. There are also games where you can try to match Olympians' physical abilities, and other activities that are perfect for those who want to move their bodies. 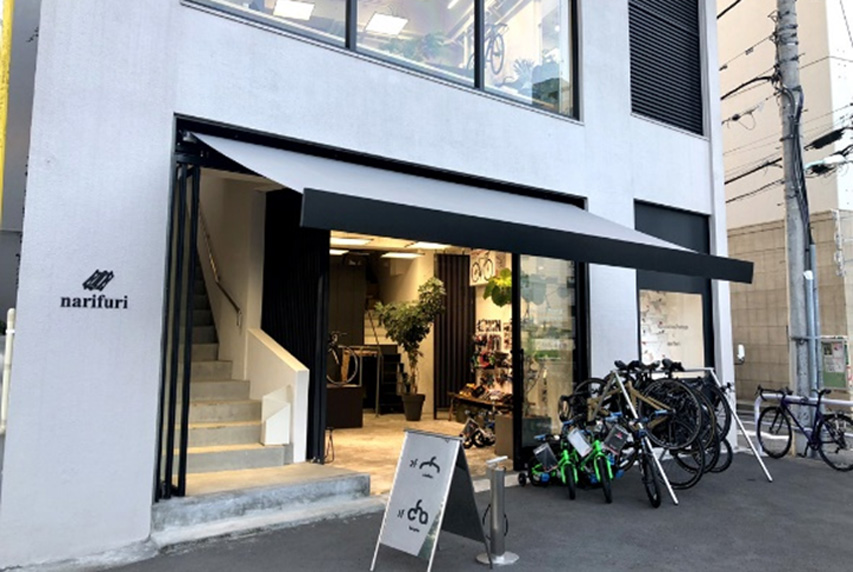 The Tokyo Metropolitan Government has reproduced the Tokyo 2020 Paralympic Marathon Course in the VR sports app ROUVY.
You can play sports anytime, anywhere in a VR space with many people in Japan and abroad.
Over 450 people from around the world participated in a race held in VR space on December 12, 2021. Many guests—including Yasuda Dancho of Yasuda Dai Circus and star Kenji Moriwaki—participated on-site at the venue: the Tokyo Metropolitan Gymnasium.

Links to each course on ROUVY

About the Photo Contest

This photo contest took place in Tokyo between Thursday December 23 2021 and Monday February 28 2022 to convey to the world the appeal of the marathon course of the Tokyo 2020 Paralympic Games and its environs as a sightseeing area.
Further initiatives to convey Tokyo's appeal will take place in the future.

Please note that the call for entries has ended.