Step into the past, when Tokyo was known as "Edo"

Edo is the former name for the city of Tokyo, and the Edo period refers to a fascinating time in Japanese history between the 17th and 19th centuries.
It all started in 1603. After a long period of civil war, Tokugawa Ieyasu took control of Japan and established the Tokugawa shogunate, which governed from the city of Edo. Over the following centuries, the country experienced peace, economic growth, and an explosion in arts and culture. A huge number of the traditions and art forms that people all around the world associate with Japan were established at this time.
Later, Japan's capital city became Tokyo and grew into the gigantic modern city we know today. But its Edo past hasn't disappeared. In certain neighborhoods, parks, and museums, you can still catch glimpses of that bygone age.

Nihonbashi Bridge was first erected in 1603, the very year the Tokugawa shogunate was established. This pioneering Edo landmark was the starting point of the Five Highways—major routes that connected Edo to Kyoto and other important places around the country. Today, it is "kilometer zero," the point from which all distances between Tokyo and other locations are measured.
The area around the bridge was the original downtown center of Edo. It was a commercial hub selling food, clothing, and more. Even in the 21st century, the neighborhood retains this identity, with a mixture of towering department stores and independent retailers on back streets. Modern-day Nihonbashi is a fascinating mix of old and new, with retro shrines standing alongside gleaming contemporary architecture. Simply walking through the area conjures up a sense of Tokyo's past. 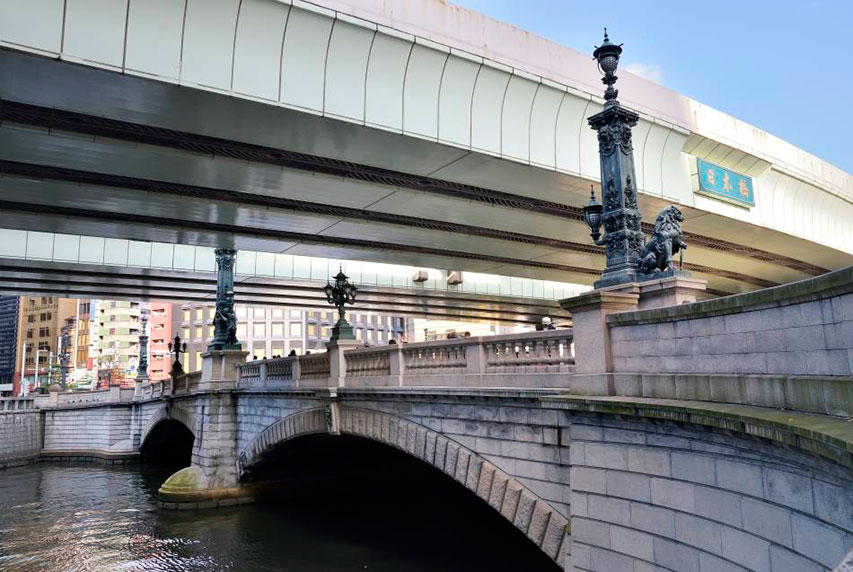 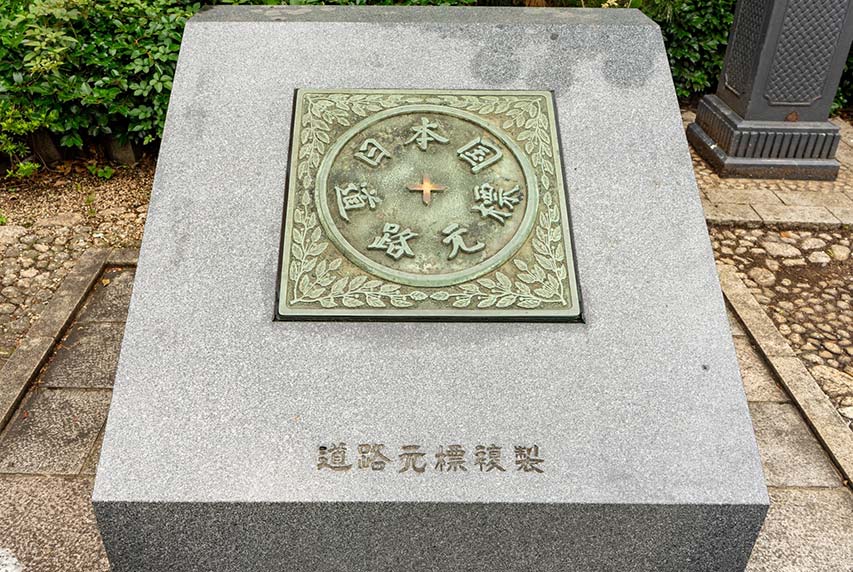 Rikugien gives a different view of the Edo period, away from the hustle and bustle of the city's center. It is a landscape garden designed by a high-ranking aristocrat in 1695. There is a man-made hill and pond at its center, surrounded by a network of winding paths. Certain locations are designed to represent poems—the name "Rikugien" has ties to classical Japanese poetry. These places, each indicated by a stone marker, make for perfect Instagram spots.
The garden arguably looks its best in spring, when the cherry trees burst into bloom, or in autumn, when the maple and zelkova leaves turn a fiery red. During these seasons, Rikugien offers extended opening hours, with lighting creating stunning evening scenery. 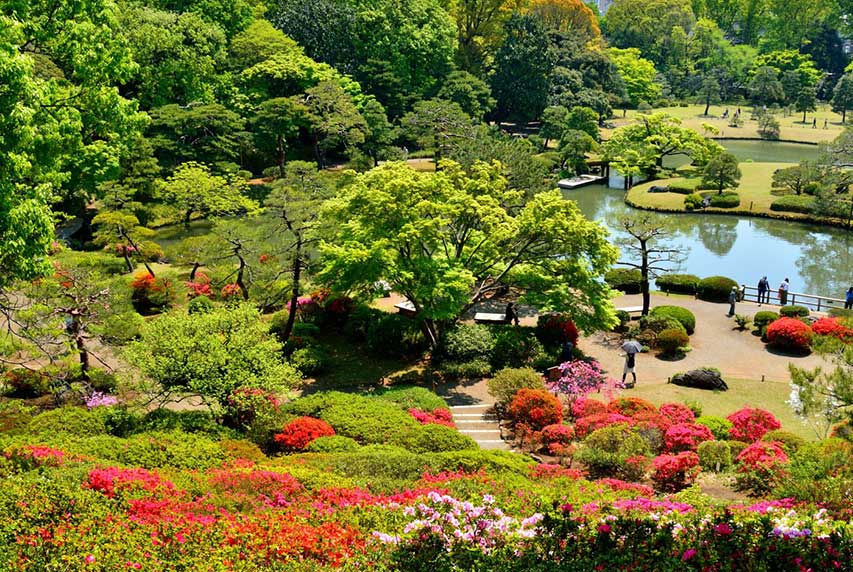 Koto City, on the east side of Tokyo, is home to a museum that recreates the past as it actually was. Here you will find a life-size replica of a Tokyo street from the closing years of the Edo period, which you can actually walk through and explore. The lighting changes to reflect the time of day, and sound effects emulate residents' voices and the sounds of the seasons. It's an incredibly immersive experience.
At the rest area, you can watch videos about the museum's construction. It was built using the same techniques that would have been used in centuries past. Every detail was based on painstaking research, so there's no better way to learn about the people of the Edo period, the homes they lived in, and the products they bought.
The entry fee is extremely reasonable at 400 yen, and volunteers are often on hand to provide guided tours in English. 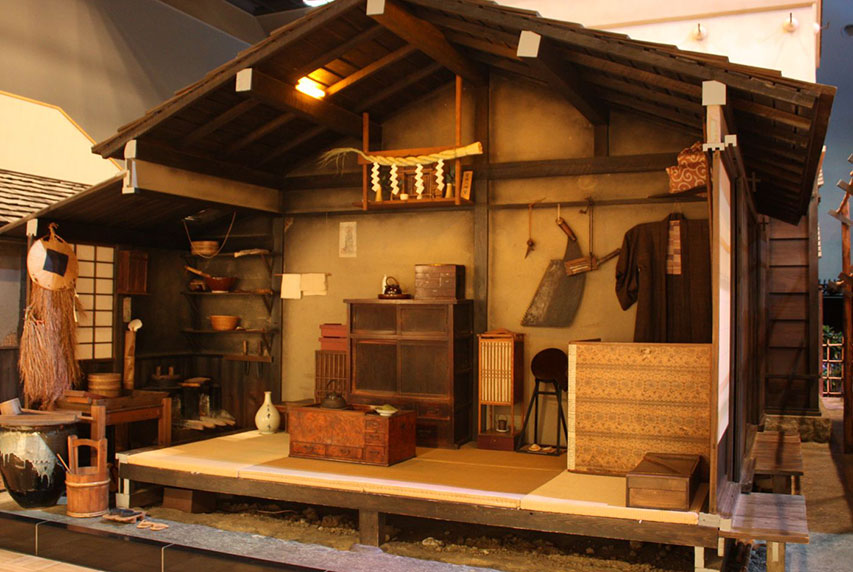 The Edo-Tokyo Open-Air Architectural Museum, established in 1993 by the Tokyo Metropolitan Government, is a museum that exhibits entire buildings, which are relocated or reconstructed within a spacious park.
The retro architecture on display includes elegant homes, farmhouses, and shops. The buildings do not date exclusively from the Edo period but cover a broad range of Japanese history, up to the 20th century.
There are three zones: West, Central, and East. The West Zone showcases a broad range of residences. The Central Zone has a visitor center, set within a former palace. And the East Zone has many commercial buildings, including a bar, a tailor's workshop, and a grocery store.
Inside some of the buildings you will find a restaurant or cafe where you can get a taste of history, and a gift shop sells classic toys and other souvenirs. 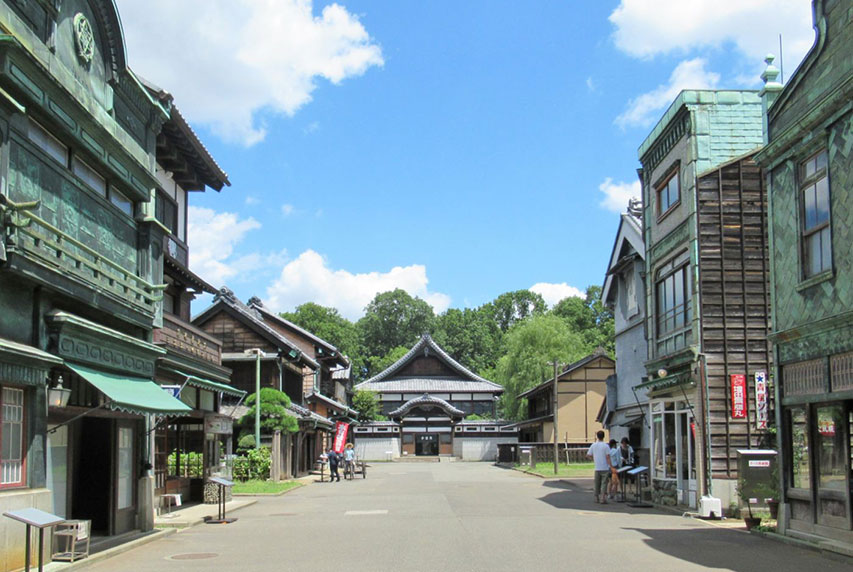