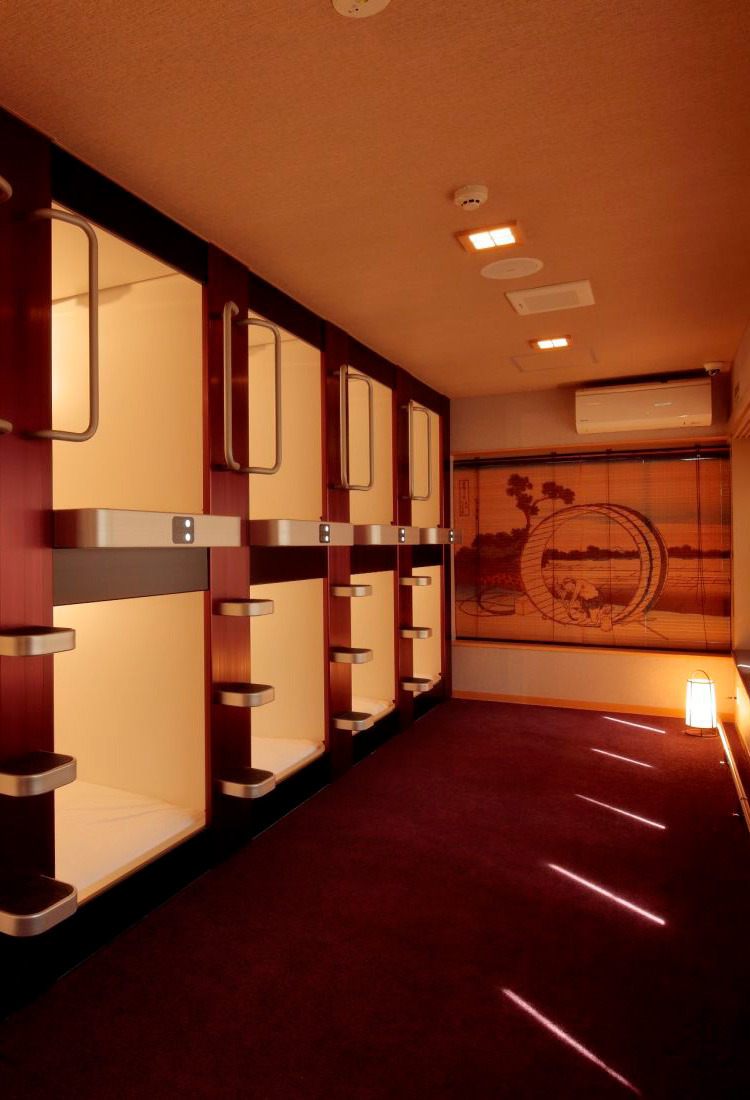 A guide to capsule hotels in Japan

The capsule hotel represents an image that many people have of Japan: dense use of space, technical ingenuity, and a futuristic vibe.
But a capsule hotel is ultimately a convenient way to get a good night’s sleep at an affordable price. Capsule hotels can now be found around the world, from the US to Singapore and Vietnam, but they originated here in Japan.

What are capsule hotels?

A capsule hotel, also known as a pod hotel, is a unique type of basic, affordable accommodation. Each guest occupies a capsule, essentially a bed-sized pod, that you can close either with a door or a curtain (the door will not lock, as per Japanese law). These capsules are arranged in rows, double-stacked. It is typical, but not guaranteed, that your capsule will have an air-conditioning unit as well as power outlets for charging your devices. Belongings are usually stored in a locker provided by the hotel.
The first capsule hotel opened in Osaka in 1979. Today you find them all across Japan and beyond.

So, how do much does a night at a capsule hotel cost? Not a lot. Capsule hotels are cheap compared to a standard hotel in Japan. Expect to pay between 2,000 and 5,000 yen/night, although keep in mind that prices might be higher during peak tourist seasons.
Within Japan, capsule hotels are popular among Japanese business travelers on a budget…or people who missed the last train home and need a place to rest for a few hours!
If you’re in Japan for an extended stay, some capsule hotels will even rent to you by the week or the month. 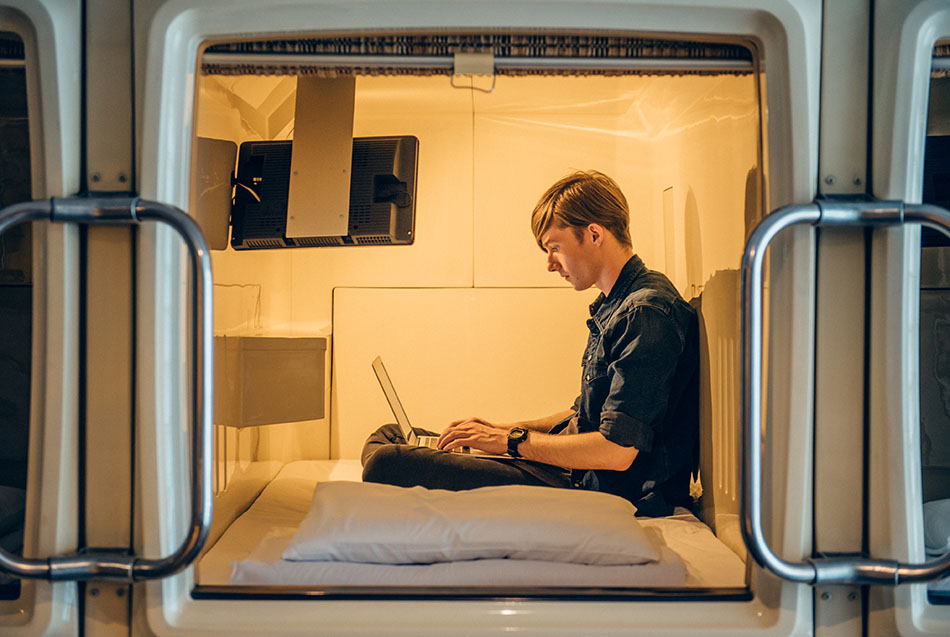 Perhaps this goes without saying, but there’s no room for a toilet or bathroom inside a capsule! In a typical capsule hotel setup, you’ll find toilets at the end of the hall, and a shared, Japanese-style bathing area in the building, perhaps on your floor, perhaps not. Take a seat on a stool in front of a showerhead, clean yourself off, then get in the tub if you’re so inclined. Soap and shampoo are typically provided, and private shower stalls may also be available. 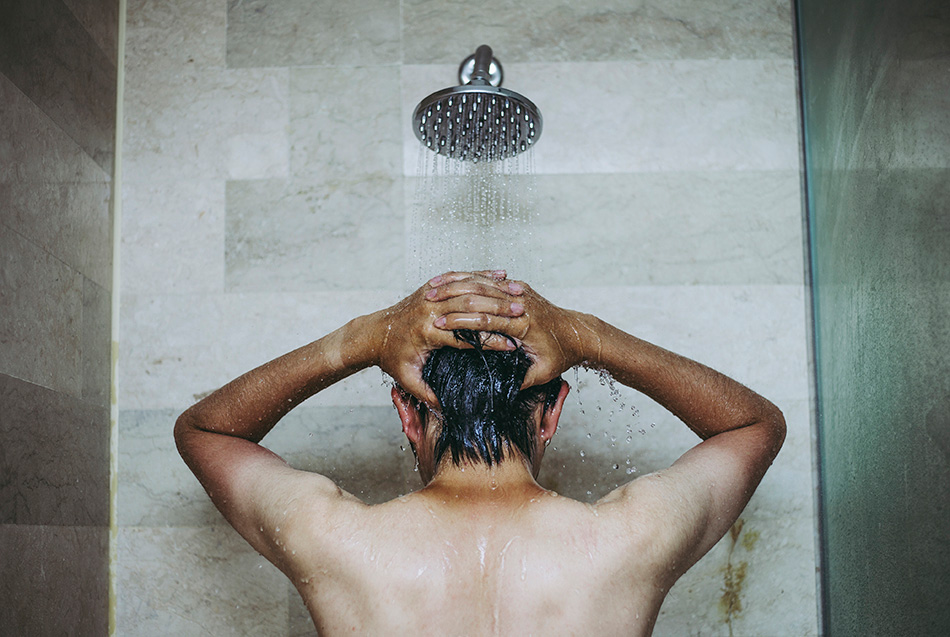 Most capsule hotels are cozy but not cramped. You’ll have room to move around, and of course you’re free to get out of your capsule whenever you wish. A typical capsule has dimensions of something like 1.2m x 2m x 1m. Some “fancy” capsule hotels will also have pods that are closer to the size of a small room. All that said, these capsules are enclosed spaces, and so if you have severe claustrophobia, you do probably want to steer clear of capsule hotels.

Are there female-only capsule hotels?

Most patrons of capsule hotels are men, and some capsule hotels are male-only. However, if you want to stay in a female-only capsule hotel, you have options. The Kanda branch of the popular Nine Hours capsule hotel (near Tokyo Station and Akihabara) chain, the Nadeshiko Hotel Shibuya, and the Akihabara Bay Hotel are three good women-only examples.
Also bear in mind that even in capsule hotels that allow both men and women, each floor will usually be separated by gender. 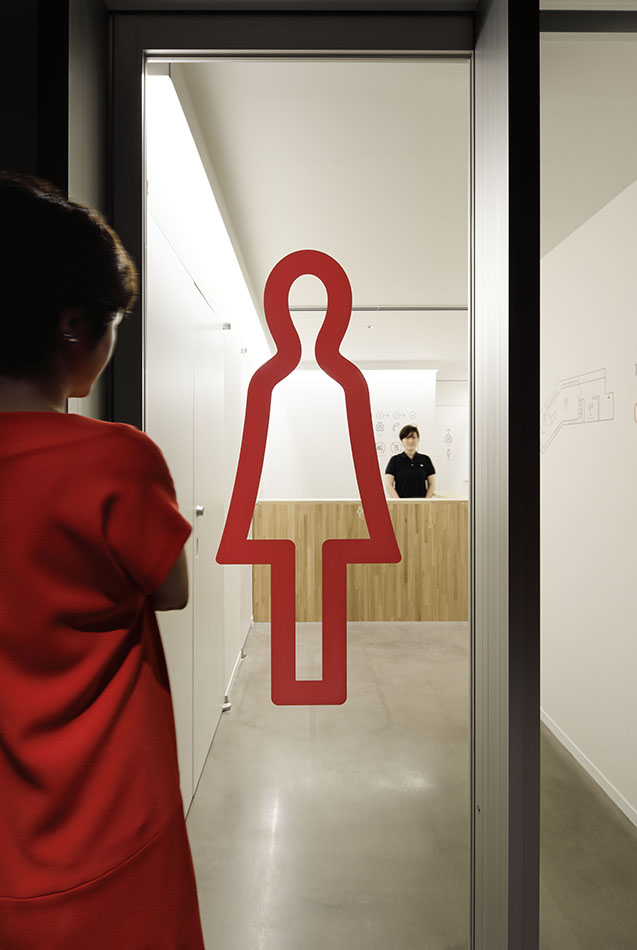 Are there capsule hotels for couples?

Capsule hotels that offer mixed dormitory rooms do exist. One is UNPLAN Kagurazaka, located in Kagurazaka which has a traditional Japanese ambiance. It offers a vibrant atmosphere and cozy place to sleep at an affordable price. 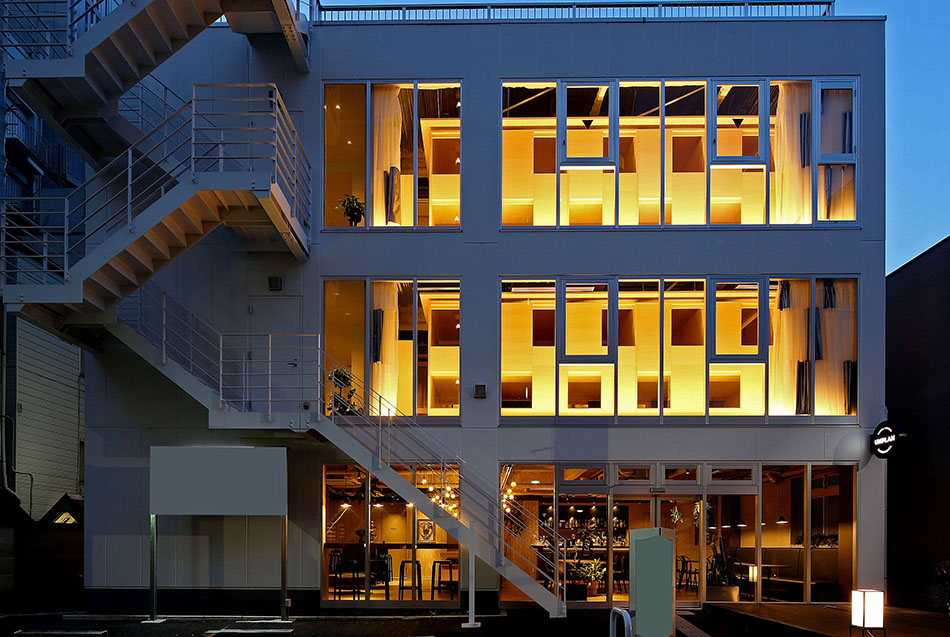 Where can I find capsule hotels in Japan?

Capsule hotels can be found all over Japan, but they are most common in big cities, in built-up areas and near large transport hubs. So if you’re planning your trip to Tokyo (or any other Japanese city), and you think a capsule hotel is a good fit for part of all of your journey, search for capsule hotels in the central neighborhoods you want to spend the most time in.

Capsule hotels are common in big neighborhoods like Shinjuku, Shibuya, and Akihabara and near major transit hubs such as Tokyo Station, Narita Airport and Haneda Airport.
Nine Hours is one of the most popular capsule hotel chains, and they have seven locations across Tokyo. Also look into the First Cabin chain, which offers large, luxurious capsules, mimicking the experience of flying first class. 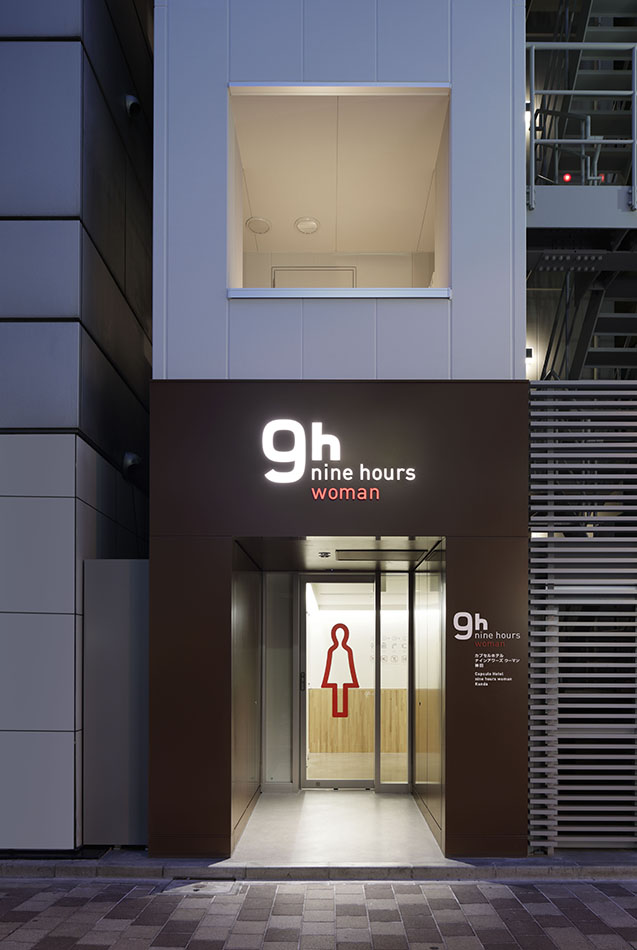 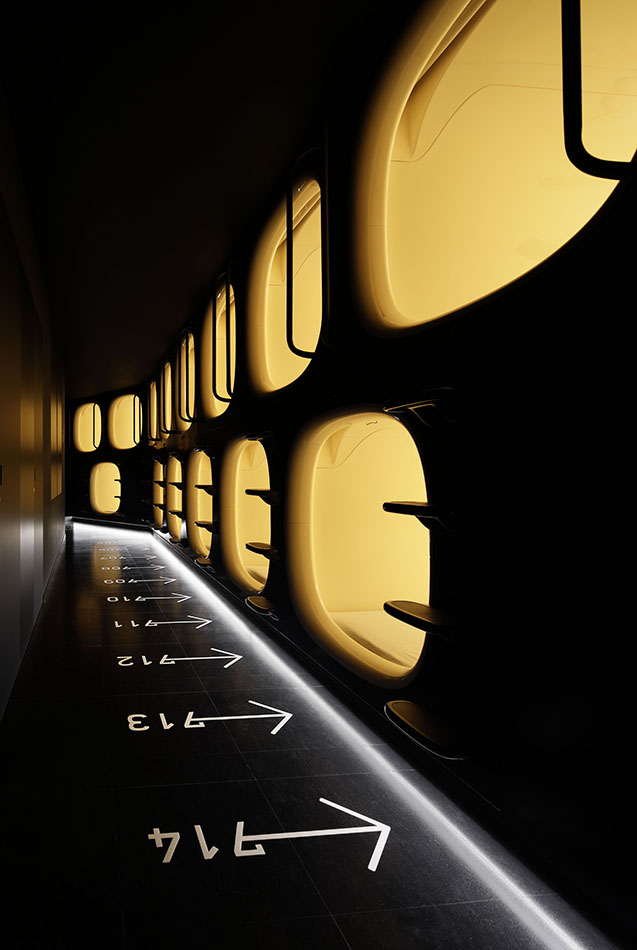 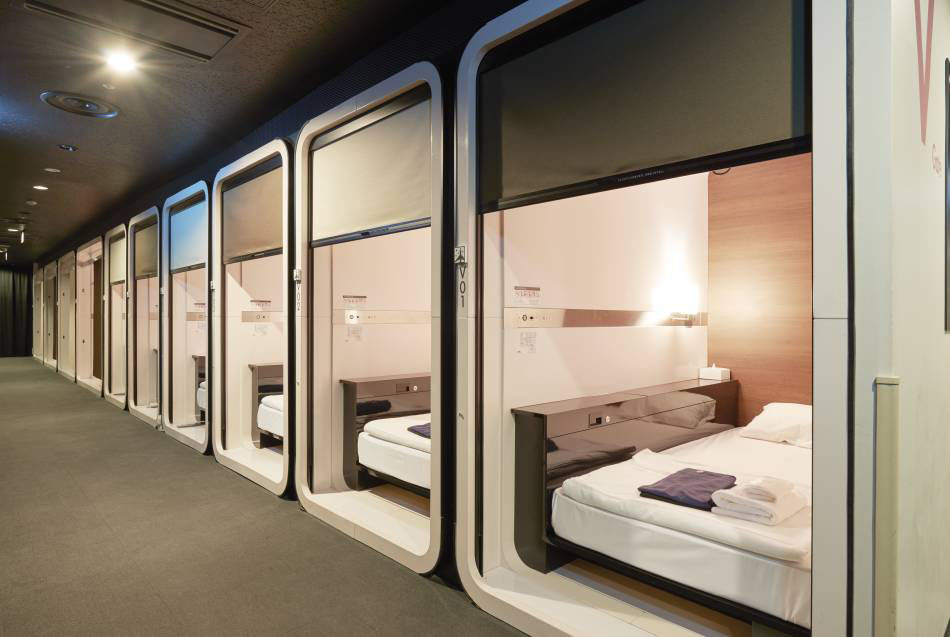 Osaka, Kyoto and other areas

As mentioned before, capsule hotels can be found all across Japan, but they tend to be concentrated in the bigger cities. And within those cities, in their most central areas.
So in Osaka, look in Dotonbori, Shinsaibashi or Namba. In Kyoto, look in Kawaramachi And so on.